A Big Wall, and Bergdahl 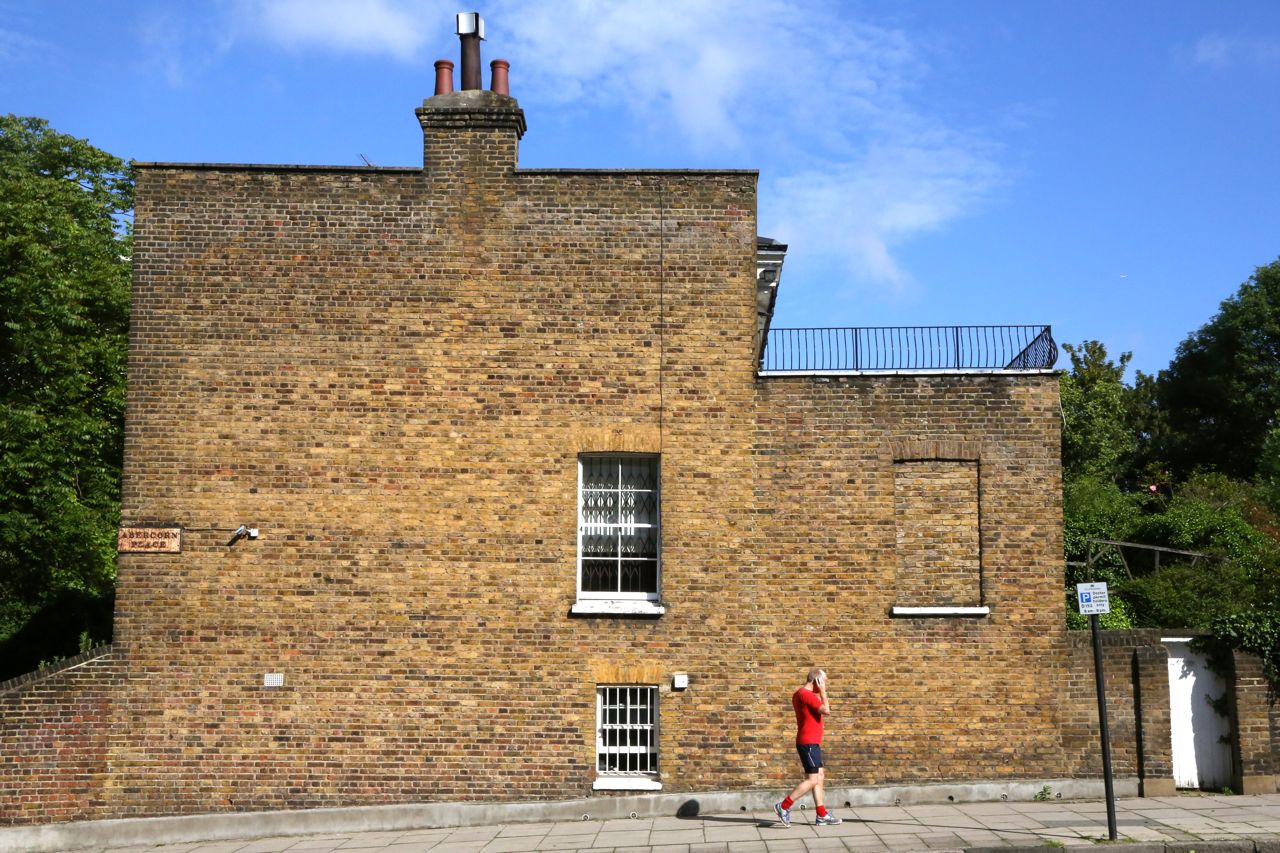 A couple of weeks ago I passed this wall on my walk to work, and I loved the way it virtually glowed in the morning sun, in all its big sandy-brown blankness. I also liked the little rusty street sign that reads Abercorn Place (which is a great name for a street).

Of course, that day I didn't have my camera, and it seemed every morning since has been gray and rainy. Until yesterday, when the sun finally came out. I set out to work armed with my camera and got my shot.

In the news: I've been dismayed by the clamor over the prisoner swap that led to the release of Sgt. Bowe Bergdahl in Afghanistan. To me it seems like a clear win-win situation. It solves the problem of how to handle several of the prisoners in Guantanamo, who were lingering in a legal never-never land with no clear path to resolution, and it brings home Bergdahl. Whether he was in fact a deserter has not yet been proved, nor has the allegation that his desertion led directly to the deaths of other American soldiers. Furthermore, I'm not sure it matters. He was an American prisoner and the policy is to bring prisoners home.

It's funny that none of the people who have now branded Bergdahl a deserter did so while he was still in captivity. I never saw any account of fellow soldiers arguing that he wasn't worth rescuing. It seems clear that they spoke up only after President Obama's Republican opponents, hell-bent on preventing him from having any victory, cranked up their oily PR machine. The whole thing smacks of politics.

It's a shame that Bergdahl's hometown can no longer celebrate his return. I'm not sure I can think of another situation where a returning POW has been so publicly (and prematurely) vilified. It will be a while before we really know what led to Bergdahl's capture, but on a purely human level I can certainly understand why a frustrated or homesick soldier might go AWOL. It may not be right, but I understand.

It's also a shame that the critics of Bergdahl's rescue -- including those who mourn the deaths of other soldiers in Afghanistan -- can't turn their anger on those truly responsible, the American politicians who sent those soldiers there in the first place.
Posted by Steve Reed at 6:19 AM

You said it bro, and well!

Amen! Obama could bring world peace and find an energy source that was good for the planet to replace the use of all fossil fuels and his detractors would find fault.
It's ridiculous and incredible.

Just another move in the 'revile everything Obama does' game. These people have no shame. The rampant hatred in this country is sad to say the least.

At this point I am like- "oh Geez, here we go again..." Can't find your socks, Blame Obama! I intend to be out of the country in 2016 when the vile elections happen. Not going to vote and pulling my hole in around me. Another school shot up yesterday...fug this sick sad country!