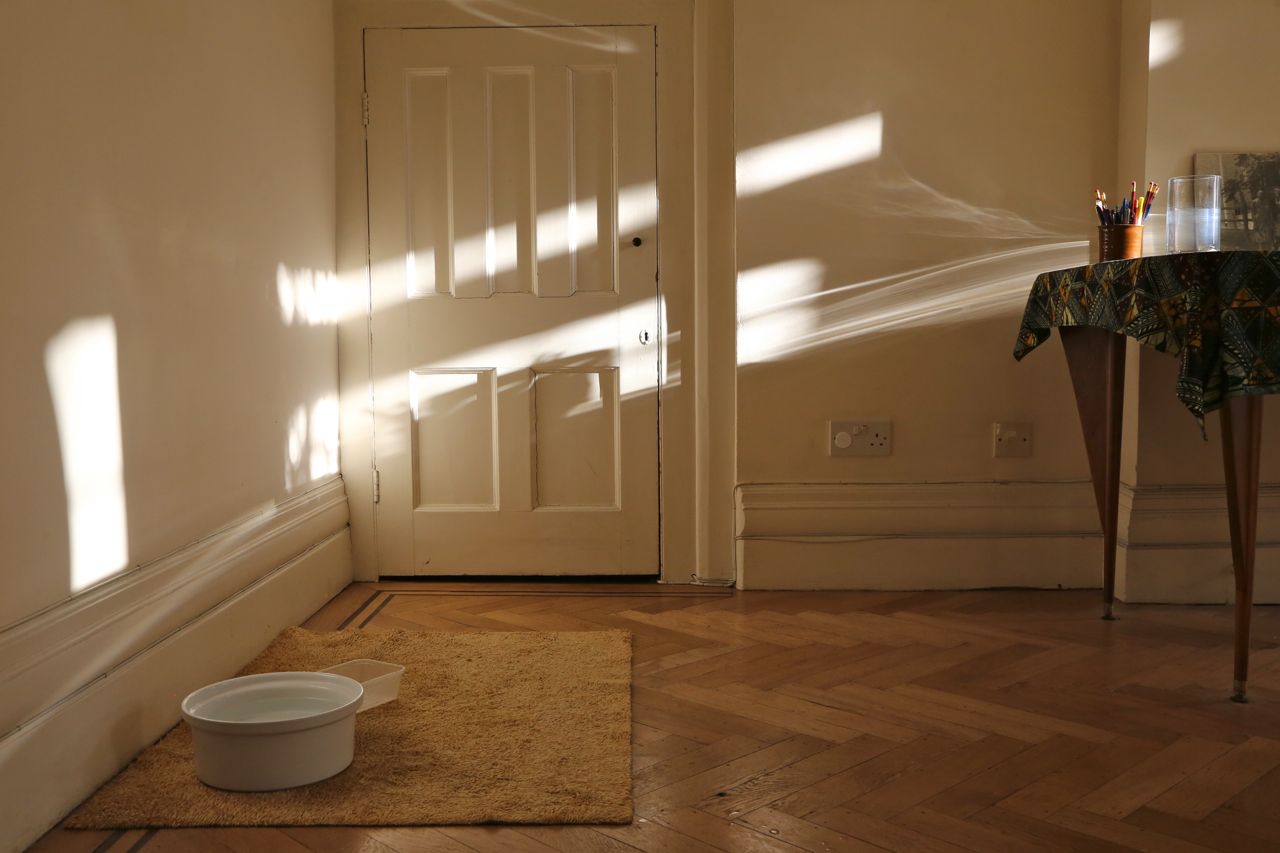 I used to occasionally write about the great sunlight in our previous apartment, in Notting Hill. Well, I would be remiss if I didn't point out that we get pretty great light here, too. This is a corner of our overly large foyer, where we keep Olga's dog dishes and my former dining room table. That short door leads into a storage space beneath the stairs to the flat above us. 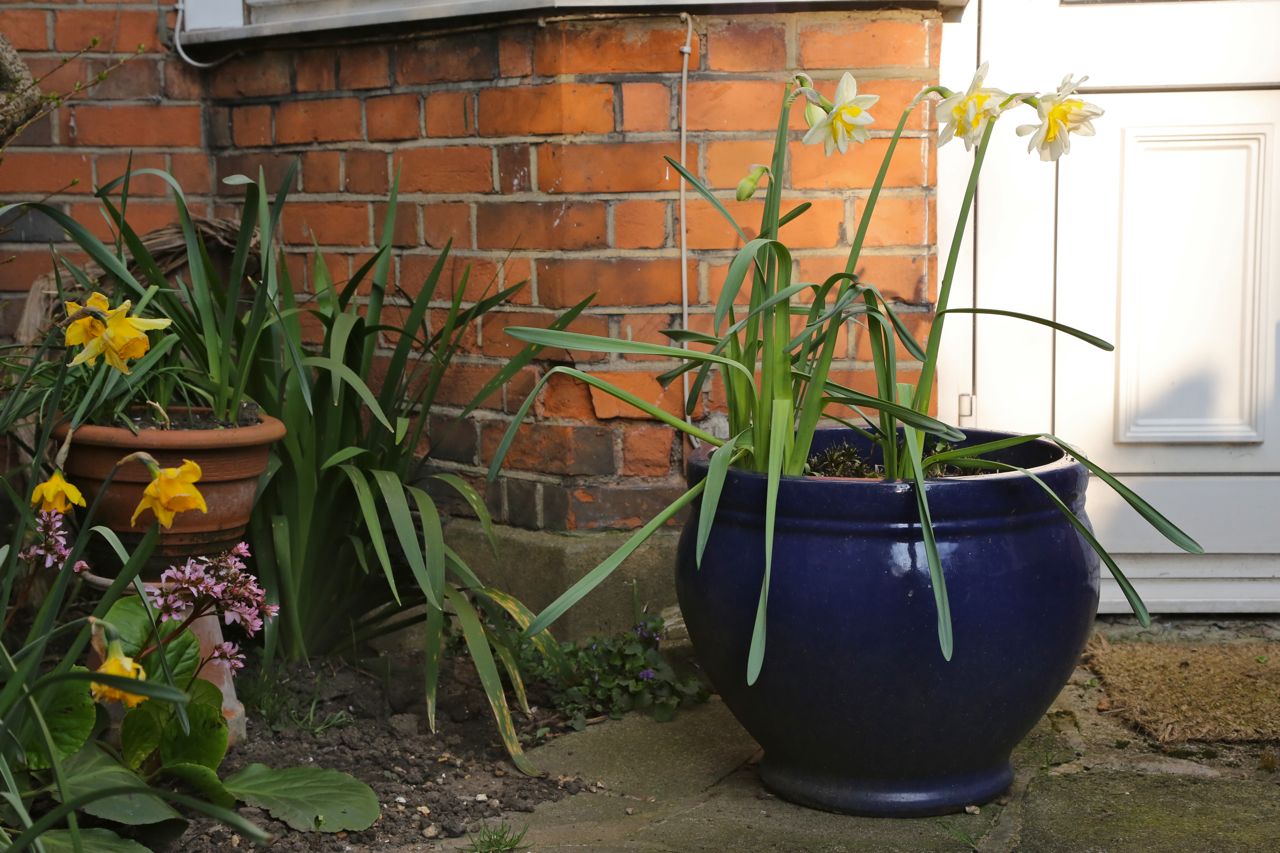 Our yellow daffodils seem to be on the wane, with lots of white ones coming in to replace them. I believe all the white ones were planted by Dave and our gardener last summer. I didn't realize they were white at the time. Dave put some in the blue pot occupied by the horseradish, which hasn't started sprouting yet. Just as well -- the minute it does I'll have to start fending off slugs! 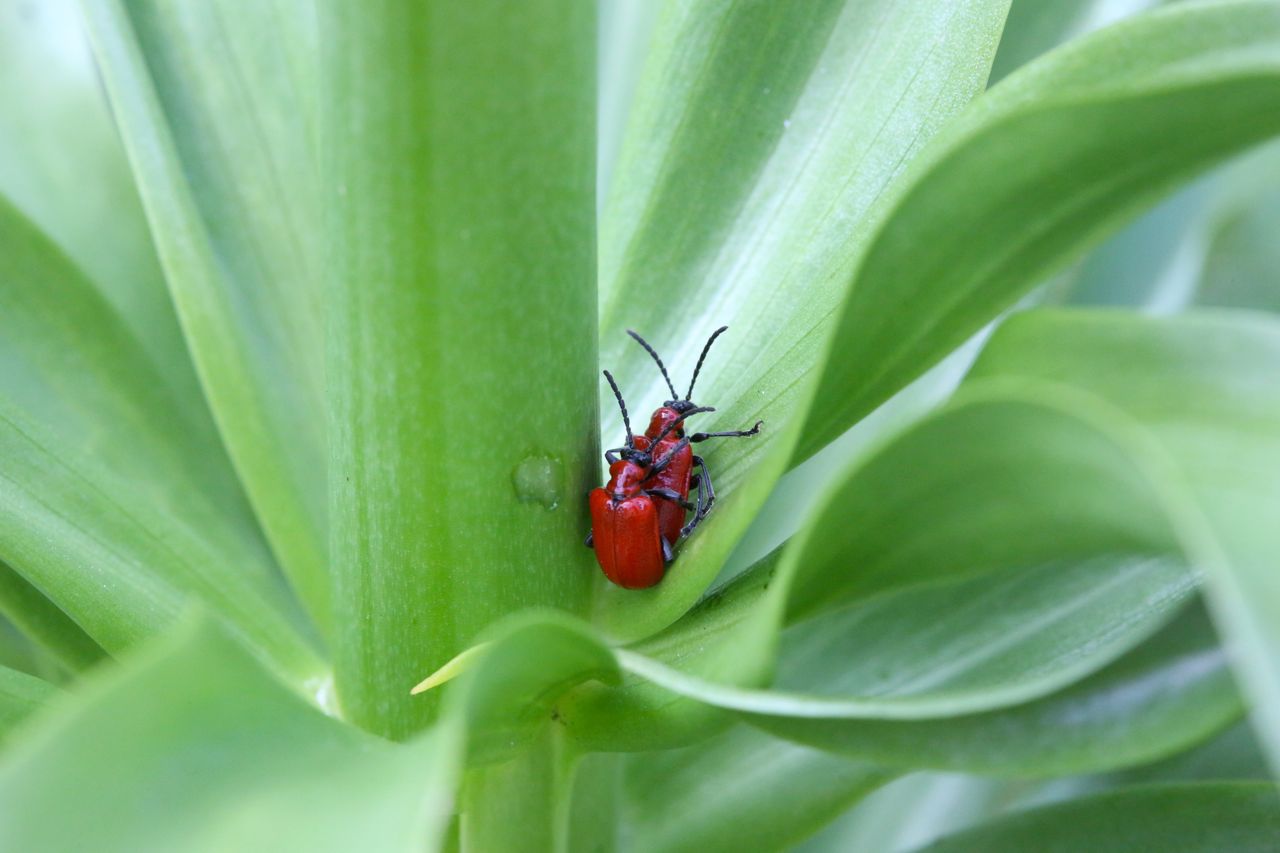 Speaking of pests: Yesterday, when we got home from work, Dave found this pair of amorous red beetles on our fritillaria. He and I took pictures, thinking they were rather pretty. "I bet they're something terrible," I said, jokingly. When I looked them up, lo and behold, I was right! They're scarlet lily beetles, which attack lilies and fritillarias. (Headline on a March 2009 article in the Daily Mail: "Beware the red lily killer beetles set to wreak havoc on UK gardeners.")

I went outside and plucked off the beetles, carried them to a far corner of the yard and threw them behind the shed. I probably should have just killed them outright, but I felt bad enough breaking up their party. I bet they find the fritillaria again in no time!
Posted by Steve Reed at 6:34 AM