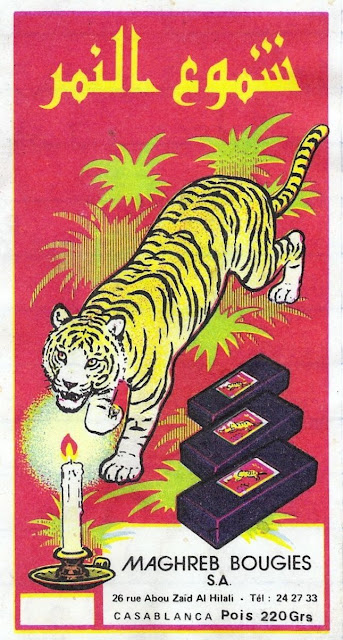 I've written before about my odd affection for banana stickers, those little branding devices that are often stuck on supermarket bananas.

In a similar vein, when I lived in Morocco in the early '90s, I became infatuated with the labels from packages of candles. You could buy candles -- eight simple white tapers wrapped in paper -- in any town market. But the brands varied by region, so whenever I traveled I'd pick up the local lights and I soon developed a little collection. 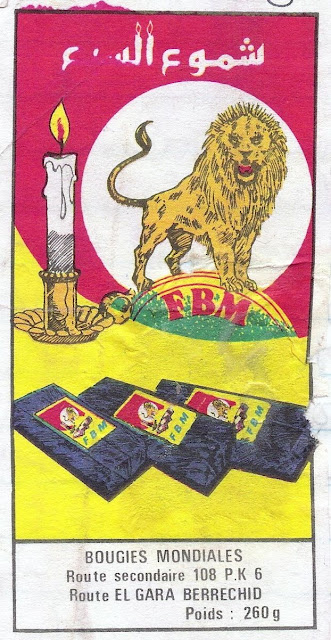 I came across them again recently while working on my journal transcribing project. (Which, by the way, is going to take me years.)

There's a definite "big cat" theme going on with these first two. In fact, I'd say someone was ripping someone else off. 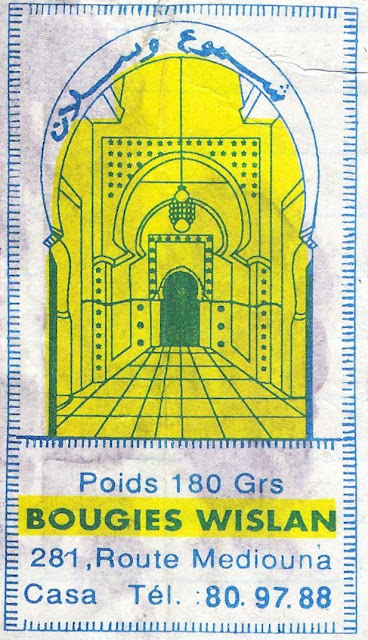 Many of the labels seemed to have a religious theme, depicting a mosque. Maybe they were often used in mosques. (I never went inside a mosque in Morocco -- in that country, you must be a muslim to enter. It's actually a law.) 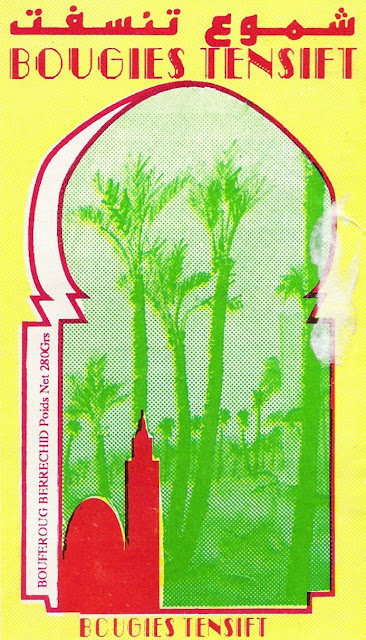 In the town where I lived my first year, the mosque (and our house) had electricity. But in my second year I moved to a nearby village where candles were my only light -- and perhaps the only light in the mosque, too. 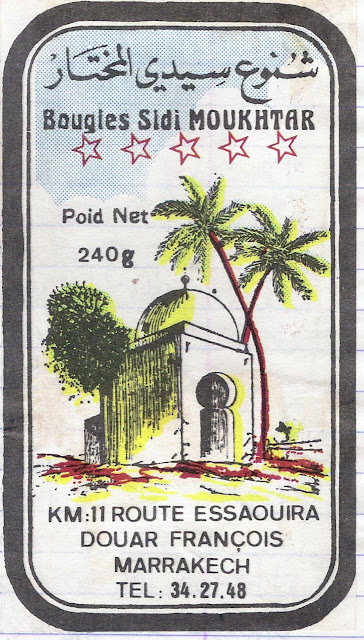 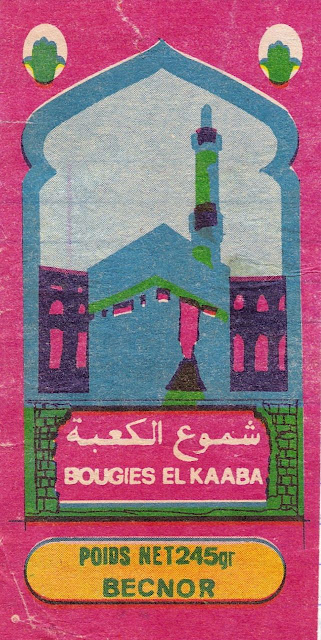 I think they're a fun little look at Moroccan graphic design. I wonder if these brands even exist anymore, or what's replaced them. It's been so long since I've been to Morocco. I really need to go back. Dave and I keep talking about it but something else always comes up first.

Speaking of which -- Lisbon, in just five days!
Posted by Steve Reed at 6:07 AM

An interesting set of designs. I can't believe you lived somewhere without electricity.

How fascinating. A wonderful collection. I think they might be framable art, which would be on way to not lose sight of them again. You have such great memories of Morocco.

So how have you stored them all these years? I'm always interested in how people keep or display their collections. (I like 37p's idea about framing as well.)

A fascinating collection Steve. Thanks for sharing.

I suspected a tiger theme and then a big cat theme but it's a candle (bougies)theme.

I didn't live in Morocco but I did live in a place and time without electricity too.

It wasn't the end of the world.