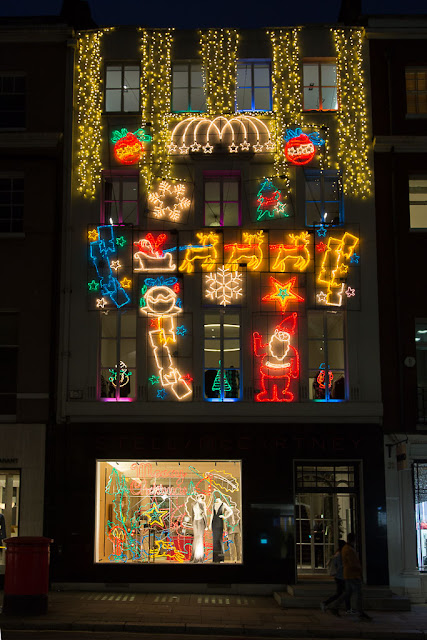 It sounds terrible and Scrooge-like, but I am mostly glad yesterday is over. You know what I mean? Not that it wasn't a good day -- I got some nice presents and spent time with an old friend and several newer friends, and had a good time overall. But I am a creature of routine, I guess, and I'm looking forward to getting back to simple joys like my morning cereal and walking the dog.

I think as we get older, particularly, routines become harder to shed. Part of the purpose of holidays is to shake us up and make us appreciate daily life -- the fatigue of celebration is followed by the comfort of a return to daily existence.

Actually, we had a small-scale disaster yesterday. As I mentioned, Dave and I were having four guests for dinner, and Dave had prepared an elaborate menu featuring ham baked with a homemade glaze, broiled parsnips and some other dishes. Just as I'd received a text from our guests saying they were on their way, and as Dave took the ham out of the pot where it had been boiling for hours (apparently this is how you prepare a raw ham) and turned on the oven prior to glazing the meat, the oven died. And I mean, dead. Cold as a bone. It wouldn't even turn on.

The oven has been acting up for a while, and we've written to the landlord several times about it for months. I even tried to call a repairman myself, but it's such a small job (a faulty switch, we think) that I couldn't get anyone to come. We'd even joked about the possibility of it dying on Christmas day, but we didn't think it would happen.

Fortunately, thank God, the ham had been boiled. (Can you imagine the disaster if we'd opted for a turkey?!) So we changed course and served the sliced, boiled ham with various condiments and some side dishes including beans from a jar. Dave was mortified, and the meal certainly didn't measure up to his normal food preparation skills, but you gotta do what you gotta do, and our friends seemed fine with it.

Now, it's time to write that landlord a firm letter. She still hasn't done the promised carpet replacement and kitchen painting, and that's been in the works since April, at least. As Dave says, we pay too much rent for this.

On a positive note, I got some groovy gifts. Dave gave me a paisley scarf, a handheld metal detector (to help pinpoint finds made with the larger one), and a backpack camera bag that will hopefully be easier to carry and less likely to wear holes in my clothes than my current bag.

My friend Kevin, who I've known since junior high school at least... 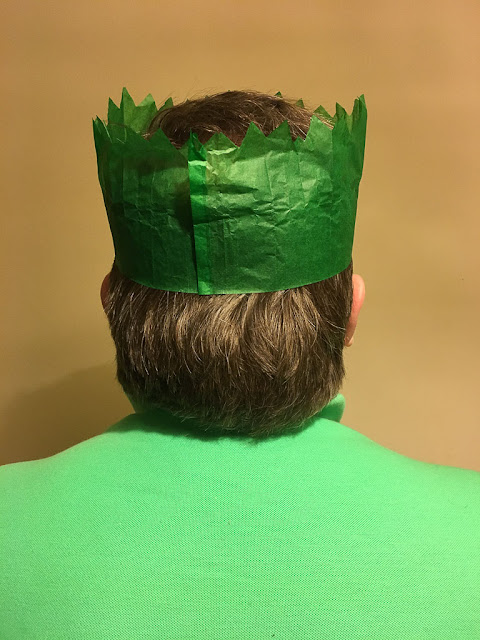 ...was impressively color-coordinated with his paper Christmas crown! (We all had crowns from our crackers, courtesy of our friend Michelle -- they're paper tubes that pull apart with a bang to reveal, inside, a toy, a crown and a (usually terrible) joke.) Anyway, Kevin gave me possibly the best present of the day, a t-shirt from our hometown. This doesn't sound like much, except that our hometown, Land O' Lakes, Fla., is a speck of a place north of Tampa, and Kevin found the shirt in a thrift shop in Virginia (or possibly North Carolina). I didn't know anyone made souvenir t-shirts from our land of humid suburbs and cow pastures.

Anyway, oven disaster aside, it was a good day. But I'm still glad it's over!

(Top photo: Stella McCartney's shop in Mayfair, decorated for the holidays.)
Posted by Steve Reed at 7:31 AM

I spent the day snotting

Well, be grateful it was only your oven...I awoke sneezing and coughing...Sorry about your ham and the oven but at least you are married to someone who knew what to do to save the day. Would love to see your shirt, that's a very Steve gift...How are the guinea pigs?

I hope you won't mind me saying this but Kevin has a very hairy face. Hell, I can't even see his eyes. Or is it just a long fringe... a giant moustache?

Regarding the oven, I recall you mentioning your concerns before. That landlady is a greedy mother. She wants the high rent but not the maintenance responsibility. If you would like me to compose a stinging e-mail on your behalf I will be happy to oblige. I find that physical threats can be pretty productive.

You bounced back nicely from your oven debacle, but I understand Dave's frustration at having hid menu sabatoged.
Applause to him for his t-shirt find.

Our oven went out on Thanksgiving once so a turkey WAS involved. Mr. Moon had to take it over to our neighbor's in a little red wagon.
Stella's shop is very pretty.
That T-shirt was quite the find!
I believe you should let YP send your landlady a letter. Did you call her? Did you say what my friend Lis always says? "Strong words to follow."
Heh-heh.
YES! IT IS OVER! Bless us all. It is over.

Oh routines! They limit us but keep us from going off the deep end. My routines become more rigid as I age.

Yes to being on the other side of the holiday. Now life can almost get back to normal. That's quite a bummer to have the oven drop dead on Christmas Day. Good thing you still had a way to serve a feast. I think YP should write that letter to your landlady, and hope you will print it here so we can all enjoy the tirade.

Those are very wise words about holidays and routines. I think you are on to something. What a day to have that oven trouble, the day the oven works the hardest. I'm glad it all worked out in spite of the oven. Our cooking adventure took a lot longer than planned but I think everyone had a good time.
I love the Christmas decorations in your photo. London stores do such a great job of decorating.

We spent a very quiet day recovering from hangovers! I'm glad it's the 26th. Love the shot of Stella's shop.

Merry Christmas to you and Dave! Our refrigerator died on Christmas eve night last year. I feel your pain.

I'd be glad the day is over, too, except due to a storm, we are hosting a second dinner today! No rest for the wicked, as they say.

Ugh on the oven dying. We had plumbing problems one year - not as bad as the oven but a tie for second (tied with the fridge, which Angella mentioned above), on a day when no plumbing supplies are accessible. When I was a kid my parents' oven seemed to not be working one Christmas. It turned out that when my mom was cleaning around the knobs she accidentally turned the dial for delayed timer. That was only noticed after the stove had been pulled out of its alcove, fuses changed, breaker switch checked, etc. Let me tell you, we were ALL relieved when the problem was solved. There might have been a murder otherwise.

Yay for routine! Myself, I can hardly wait :)

yep, was always glad when it was over. at the peak of family get togethers over the holidays it wasn't over for us until new years. husbands birthday is the 27th and family would come in from Colorado and Dallas and it was a three day get together with pool tournament, bowling party, and big bash at one of the brother's houses. all after hanukah and christmas.

too bad about the oven dying but thank goodness the ham wasn't raw.

YP made me LOL at Kevin's hairy face - ha! I am so glad that Christmas is over. So stressful. Although I guess I won't be getting back to routine until I start my new job with its new routine. Fortunately, things are VERY quiet here at my old job, so I can mentally prepare myself. Ha!