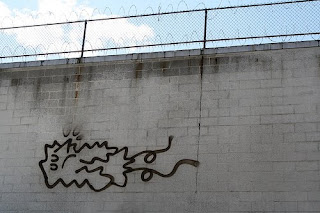 Remember “The Population Bomb”? In the 1970s, overpopulation was a major global concern -- widely discussed and generally accepted as a critical problem. Governments advocated family planning programs on everything from public health posters to postage stamps, and as I recall, the issue of population control regularly made television news.

Lately, I’ve been wondering what happened to that widespread public concern. The world’s population now (6.8 billion) is greater than it’s ever been, but we seldom hear anyone (and certainly not anyone in government) advocating population control or family planning.

I suspect they’re afraid to go there for fear of being labeled “anti-family." It’s a shame that the political right has been permitted to hijack the issue and twist the discussion.

I’m convinced that overpopulation is our most critical global problem -- greater than global warming, environmental degradation, energy consumption, pollution, disease, starvation, immigration and crime. Because overpopulation is the single root cause of all those issues.

I’m sorry that global religious leaders have so successfully demonized birth control. (And I’m not talking about abortion here, though I am decisively pro-choice. I’m talking about spreading misinformation about the pill, about vasectomies, about condom use.) I remember a few years ago the pope actually contended that Catholics ought to be having more children to stay competitive with other religious groups. What is this, a race?

At the extreme are the “quiverfull” people, who contend that we ought to shun birth control and have as many children as God “sends” us, because it’s part of his overall plan. Let me satirically suggest that if they don’t want to take advantage of modern medicine for contraceptive purposes, they should also abstain from taking any of their bazillions of kids to the doctor. The results will also model God's all-natural plan.

When I was in Tampa last week I read an article about a woman with 15 children, no job and a boyfriend in jail for drug dealing. All her income came from the government. She and her 12 youngest kids were living in a motel room, and she was angry at social service agencies for not finding her a better place to live.

Granted, again, this is an extreme situation, and as my friend Sue pointed out, the kids (as always) are the ones who suffer. But I wonder: Are our social service programs so poorly designed that this is the result?

For a long time, the theory was that as societies developed and became wealthier their birth rates would go down. But I’m not seeing that happening -- the pace of development can’t keep up with the birth rates, particularly when people are wearing the blinders of religion and cultural tradition.

I seriously think it's time for every nation to consider imposing limits on the number of children a family can have, a la China. Of course, it’s unlikely every government would do so, and it’s difficult to enforce such regulations. (I'd say mandatory tube-tying after two kids, for both men and women.) Admittedly, the pervasive sexism in some societies endangers female children when childbirth is limited -- we'd have to protect them via focused law enforcement.

But something has to be done. The world can’t continue growing this way. Some people say growth is an imperative -- that economies can’t prosper without continual, steady growth, and merely maintaining equals collapse. I don’t really get that. Fewer younger people would be available to take care of the older generation, sure, but I'm not sure why that would mean out-and-out disaster.

Wow, this entry got huge. Guess this stuff has been percolating in my head for a while.

(Photo: The graffiti artist Chickenkid, who you may remember from this post, left this work in Greenpoint, Brooklyn.)
Posted by Steve Reed at 1:29 PM