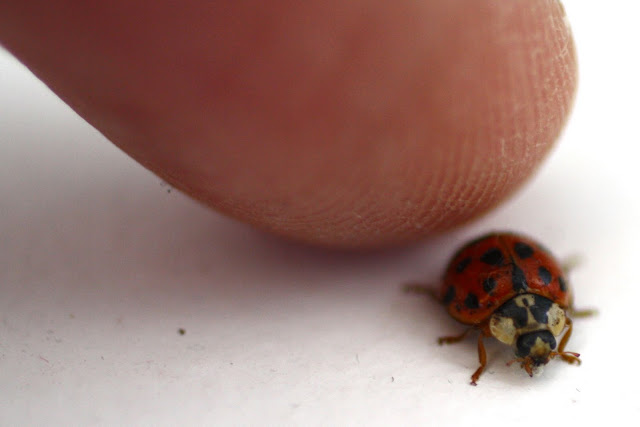 A couple of weeks ago I noticed a ladybug -- or "ladybird," as they say here in England -- on the windowsill in our bedroom. I tried to catch it to put it outside, but it stubbornly refused to climb onto a piece of cardboard so I could lift it to the window. I didn't want to try to pick it up for fear I'd crush it. I left it, thinking it would probably starve from lack of water and aphids.

It caught my eye once or twice since then, and I was surprised to find it still alive. How long can this crazy bug live inside, I wondered? 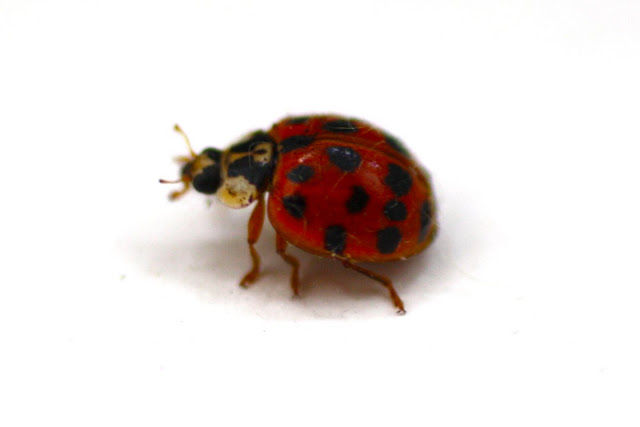 I did some research online, and it turns out it's not at all unusual to find ladybugs indoors, particularly in the fall. Apparently they seek out a place to hibernate, and houses sometimes substitute for the caves and crevices they'd use in the wild.

I debated what to do with it. Should I just leave it alone and let it winter in our bedroom? Should I put it outside? It seemed to be a bit dusty, despite my fairly rigorous housekeeping, which suggested to me that it needed a better environment.

I read on this website that ladybugs that manage to come inside may deplete their natural stores in the dry environment of a house and die before spring. "They are quite tough and can be swept up or vacuumed with a small hand-held vac, and carried outdoors, where the cold keeps their metabolism slow until spring," an expert recommended.

My ladybug, or ladybird -- whichever you prefer -- turned out to be an Asian "harlequin" variety, originally imported to Europe to combat pests but now considered a threat to local British ladybird species. (It figures I would have an evil ladybug.) That suggested a third option -- killing it outright. 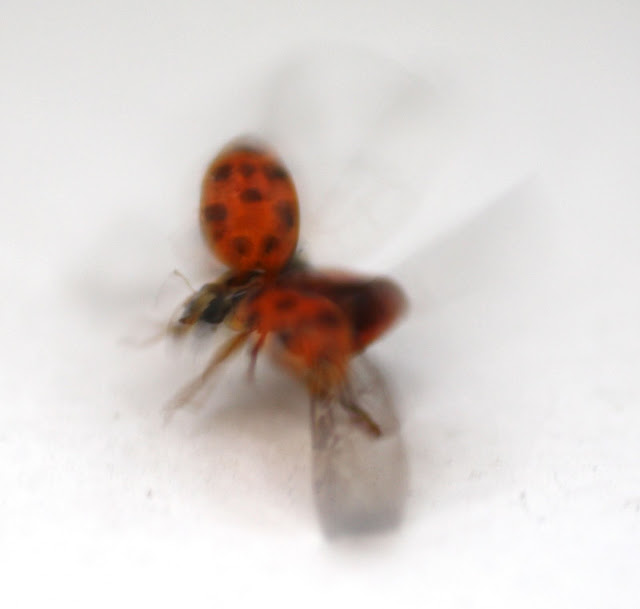 Somehow, though, killing a ladybug just seems unacceptable, even an unwelcome interloping ladybug. (It doesn't know it's interloping, after all.) So in the end, I decided to follow the expert's advice. I coaxed the bug onto a piece of cardboard -- successfully this time -- and put it on the windowsill outside. I checked a few moments later and it had disappeared into the chilly afternoon.
Posted by Steve Reed at 5:45 AM