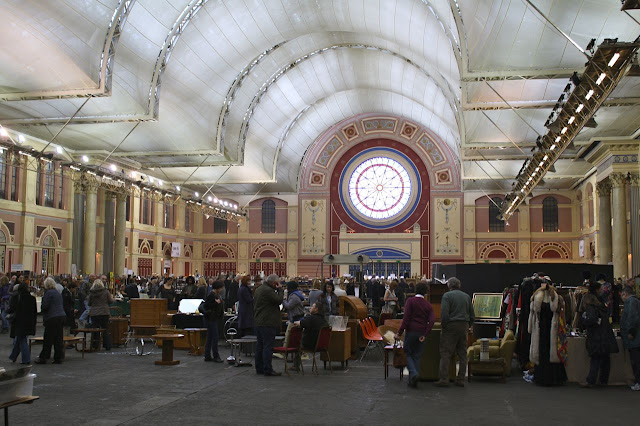 This is where I was yesterday -- an antiques show at Alexandra Palace in North London. Alexandra Palace isn't a real palace, in the sense that anyone from the royal family lived there. It's a big public auditorium dating from the Victorian era, situated on a hill with a sweeping view of London.

Our neighbors across the hall initiated the outing -- they intended to go and invited me and Dave to tag along. Dave wasn't back from Aberdeen yet, though, so I went on my own. It was fun to spend time with the neighbors, Chris and Linda, and get to know them a little better. Chris is a retired journalist and Linda worked in TV production, so they're both intrigued with the history of Alexandra Palace, which was once used as a broadcasting base for the BBC. 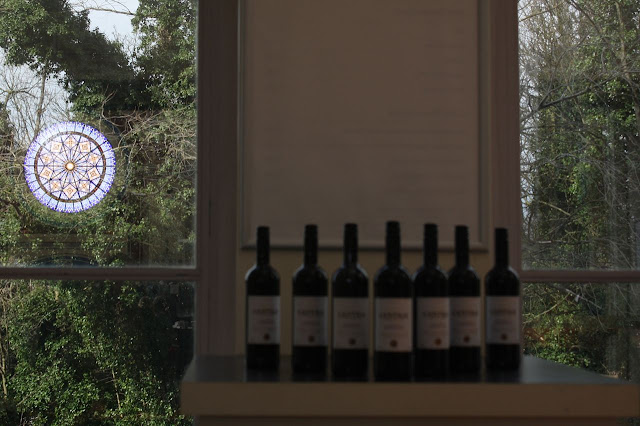 While we were standing in line to get lunch, a woman in front of us began exclaiming about something in the window. "I thought it was hanging in the tree!" she said. When we got to where she'd been standing we saw what she meant -- a reflection of Alexandra Palace's huge rose window. (A man standing near us nonetheless began quietly mocking her as a "madwoman.") 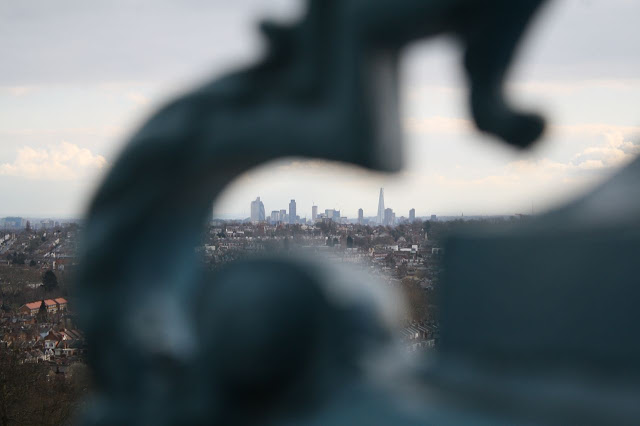 I bought a few small items, one of which I'll write about tomorrow -- but I went mainly for the outing. The view from Alexandra Palace is indeed impressive. Here's the central London skyline through some of the metalwork supporting a lamp post.

It reminds me of the view from Parliament Hill in Hampstead Heath, which isn't too far away.
Posted by Steve Reed at 7:52 AM

Pretty picture that last one. looks like something I would love to blow up and hang in my living room.

It's always a good idea to get to know one's neighbors. Sounds like a great outing.

It must seem strange to be in your apartment by yourself with Dave away.