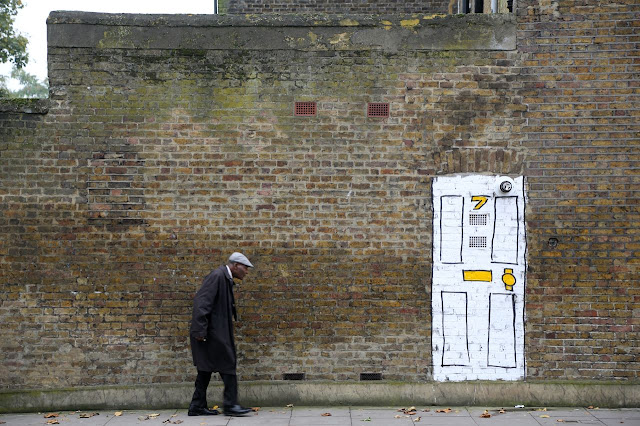 -- I came across two news articles within the last few days with attention-grabbing headlines. One I'm sure you've seen as it made national news: "Officer held in plot to cook women and eat them." The other appeared in my hometown newspaper in Florida: "Before fatal shooting in Spring Hill, men confronted by naked woman carrying a cross." In the latter story, it eventually emerged that the shooters (off-duty police officers at a party) believed the woman was carrying a gun. Whether that's true or not remains to be seen. Being naked, she would have had trouble carrying both a gun and a cross, wouldn't she? Anyway, tragic and bizarre as the stories may be, you gotta love the headlines.

-- I harvested the rest of our sad tomatoes, even the hard little gumball-sized ones. I decided to try them in a stir-fry as one of my commenters suggested, and by golly it worked. I still have more to eat, but at least now I won't feel like I have to throw them out. The weather is supposed to get down to 35 degrees tonight, so that will probably be the end of our tomato plants, more or less.

-- The other day I discovered a little caterpillar on our kitchen windowsill. I think he came in on some cavolo nero that Dave brought home from the store. I brought our horseradish plant inside, put it on the kitchen windowsill, and put him on that. He's been living (and growing) there ever since, although he doesn't seem thrilled with the horseradish, which had begun to yellow with the approach of fall. Now I have to think about how to feed this freakin' caterpillar. I think it's yet another Cabbage White. (The caterpillar we previously hosted on that same plant mysteriously vanished. I think he got eaten by something while the horseradish was out on our balcony.)

-- Every year I compile and publish a book of my favorite photography using the Web site Blurb. I finished this year's book yesterday. Whew! What a task! It's about twice as long as last year's, but much better, I think. I ordered a copy to check it out firsthand, and if all the typography and photo placement looks good, I'll offer the books for sale, as usual. Here is last year's, in case you're interested in checking it out. I can't say enough about how good these Blurb books look when they're completed. They come in a variety of styles -- hardcover with a dust jacket, hardcover "image-wrap," softcover or even e-books -- and the quality is great. You'd think you've been published by Simon & Schuster.

-- Speaking of which, someone commented on yesterday's post that I should do a book of storefronts. That's one of my plans, though I'm still working on how to make it happen!

(Photo: Deptford, on Wednesday.)
Posted by Steve Reed at 6:07 AM

That was ME that made that suggestion! And that photo today at the top of the post is astonishing. Truly astonishing. Your eye captures the world in all its strangeness and complexity, Steve -- and utter wonder.

I know it was you, Elizabeth -- I was just hedging your identity in my post. I don't know why! LOL!

Thanks for the kind words. I do love all the strange and beautiful things I see in the city every day.

Your picture reminds me of the beginning of Joe vs. the Volcano - & some other movie that I can't quite remember. Hmm...

I need to look into doing a blog book - some of my friends do one for each year. Although I'm not sure EVERY post needs to be immortalized. It sounds exhausting to even start!

How much do the Blurb books cost to publish? We've done a few books through Apple with iPhoto and I have to say they're "ok" as far as photographic quality goes but not great. Sounds like a fun (and time consuming) project!

Bug: I've never seen Joe vs. the Volcano. How is the photo similar? I've never done a blog book either, not including the writing on my blog. Just photo books of the pictures only.

Lynne: Blurb books range in price depending on the features you select, but in my case, a 175-page hardcover image-wrapped, landscaped 8x12 book, with full-page photos, is about $70 including shipping to London.

Well, but it was me that suggested the stirfry! Haha! You've become one of our own, Steve. I hope that's okay with you.

Congrats on the new book! And I adore that photo of the older man and the promised door.

It took me a bit to find it, but there's a scene after he goes to the doctor toward the beginning of the movie. If you can watch it, it's at about 1:20 in this video: http://www.youtube.com/watch?v=oAB9Y2CVqZU&feature=related

I love the movie & of course I highly recommend anyone watching it - it has Tom Hanks & Meg Ryan - and Abe Vigoda - what could go wrong?

Bug: Interesting! I can see why the picture made you think of it. I need to watch the entire movie now! I love how he hugs the dog and the woman, and rescues the daisy.