Olga and Nell at Hampstead Heath 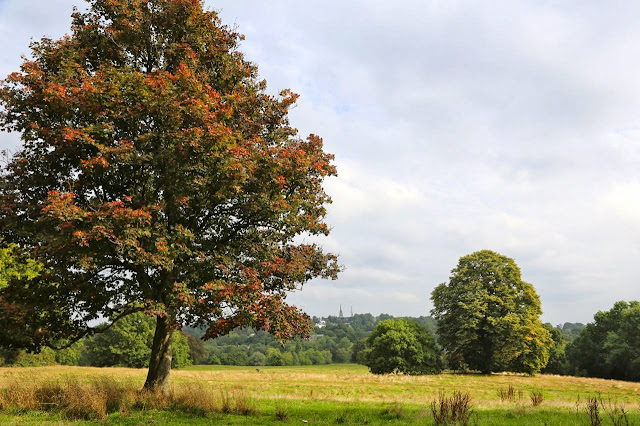 One of my coworkers, Lindsey, has a rescue dog of the same breed as Olga (more or less, given that both are of uncertain lineage). We've talked for weeks about how we should get them together. Since Olga loves to play with the staffie downstairs, I thought Olga and Lindsey's dog, Nell, were guaranteed to hit it off.

Yesterday morning we met with Lindsey and her husband, Gavin, for a trip with the dogs to Hampstead Heath, a vast wooded park in North London. 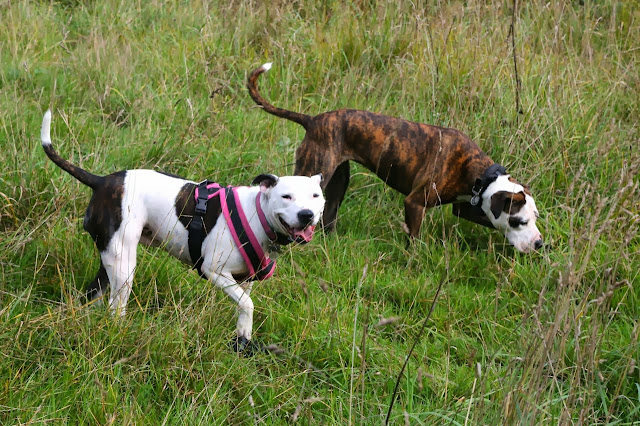 To our surprise, the dogs seemed kind of indifferent to each other. There was no hostility, but also no real affection and very little playing. It was like they'd known each other forever and thought, "Oh, it's you." Or maybe they were quietly sizing each other up.

They each did their own thing as we rambled through the park for about two hours, Olga chasing her Kong toy and Nell ranging far ahead to scout for the pack. 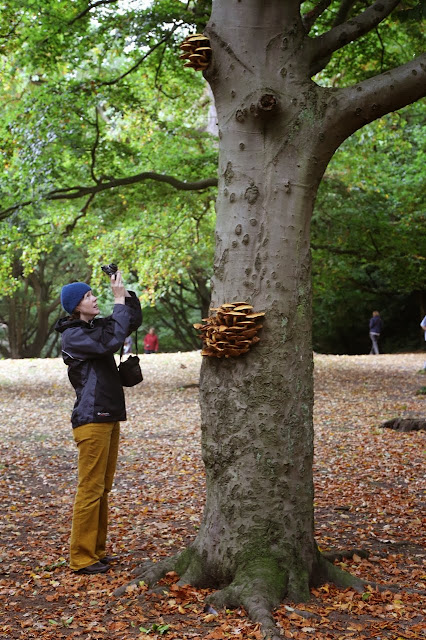 Fall is definitely on its way, as you can see from some of the changing leaves. This woman was interested in the large clusters of mushrooms sprouting from a tree. 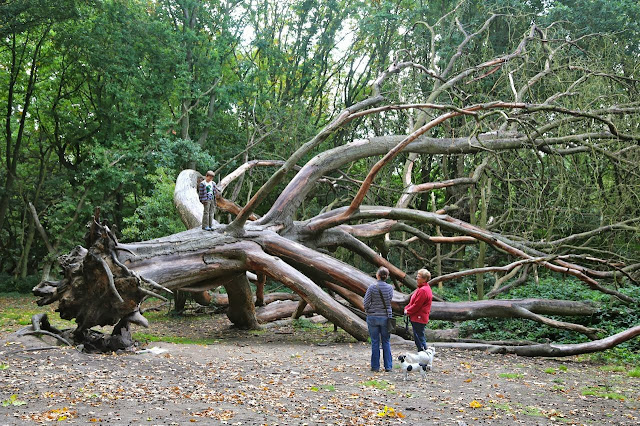 And this little boy and his family were dwarfed by a giant fallen tree that apparently everyone loves to climb. (We saw several kids on it at different times.) 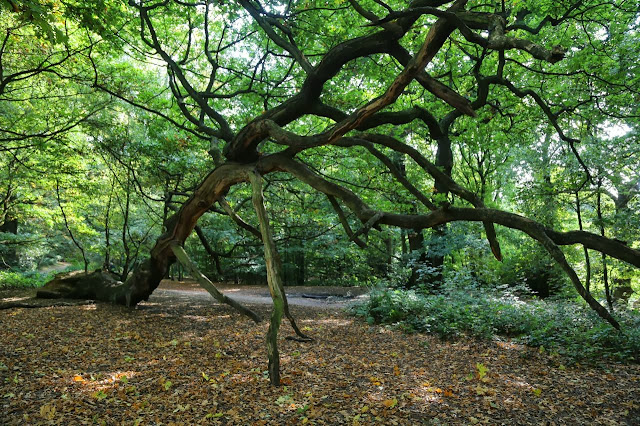 It was a long walk, and by the end I was beat. I used to have much more stamina for such things! I was happy to get back home, watch some Star Trek DVDs and while away the afternoon.

I'm sure Olga and Nell will meet again soon!
Posted by Steve Reed at 6:39 AM

I suppose that dogs are not unlike people in that we don't feel especially excited about everyone we meet. They sure are cute together, though.

I agree - they're cute together :)

Nell is adorable too. I love her brindle color. Dogs are funny when you get them together, aren't they?