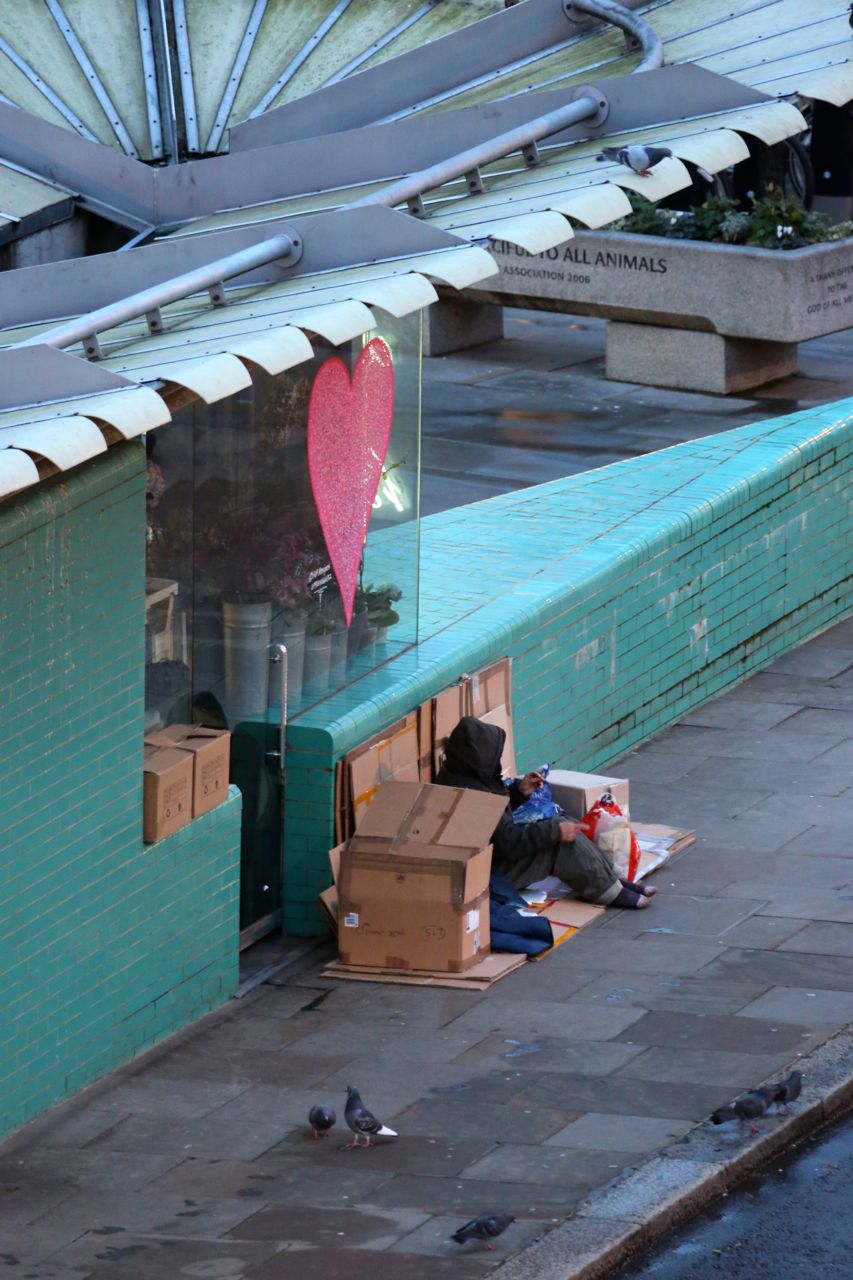 There's a homeless woman who lives next to the florist in the square beneath our bedroom window. Every morning at dawn she rises from the collection of cardboard boxes where she sleeps, and has a smoke. 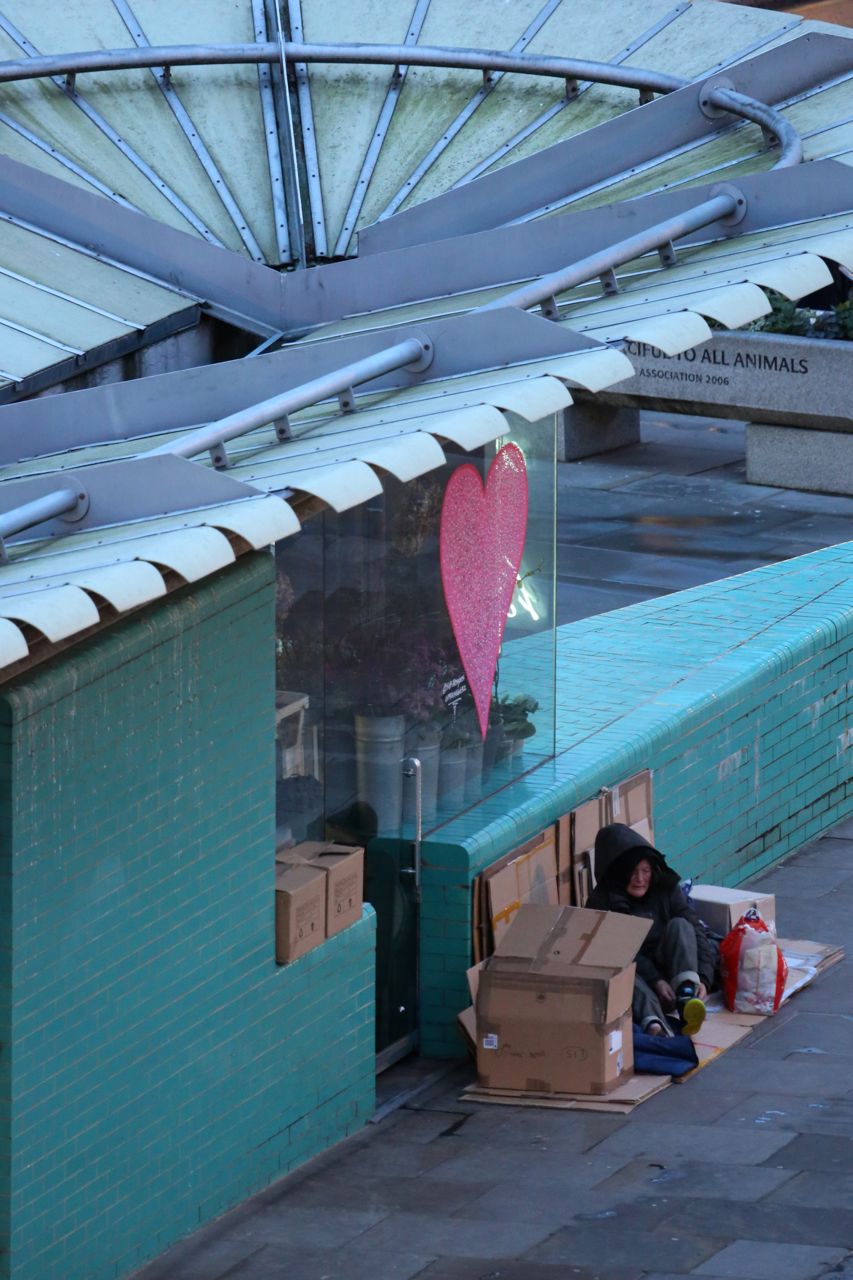 Then she puts on her shoes... 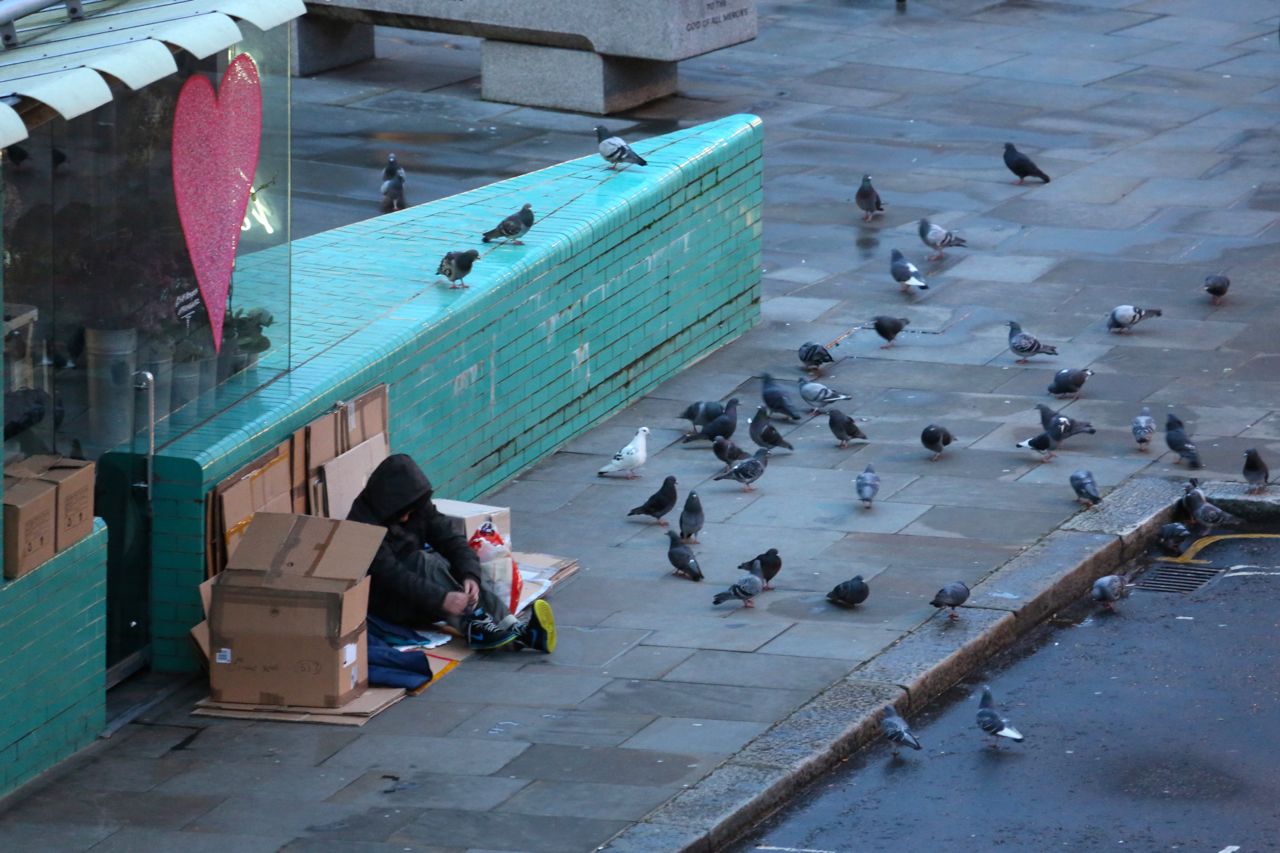 ...as the neighborhood pigeons congregate. Because they know what's coming next. 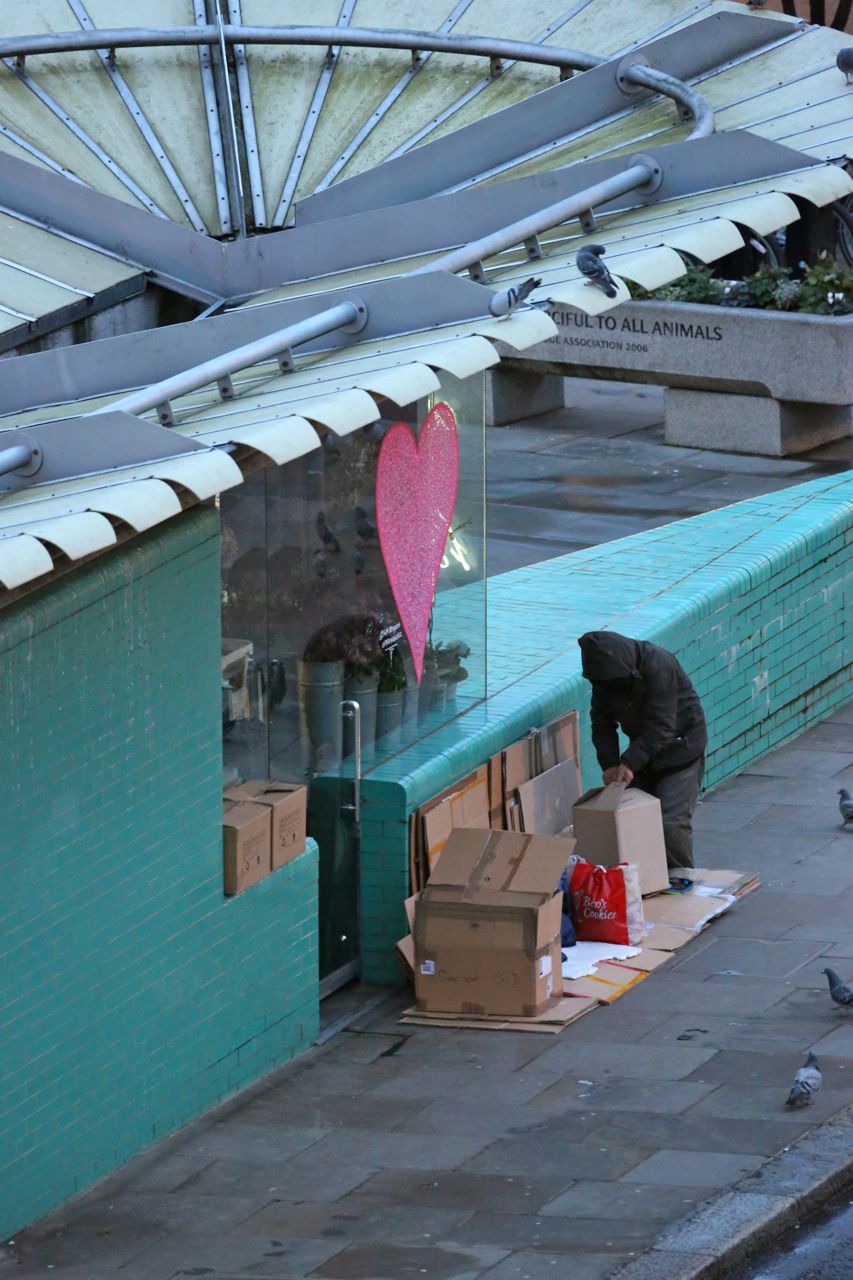 The woman retrieves a bag of bread from one of her boxes... 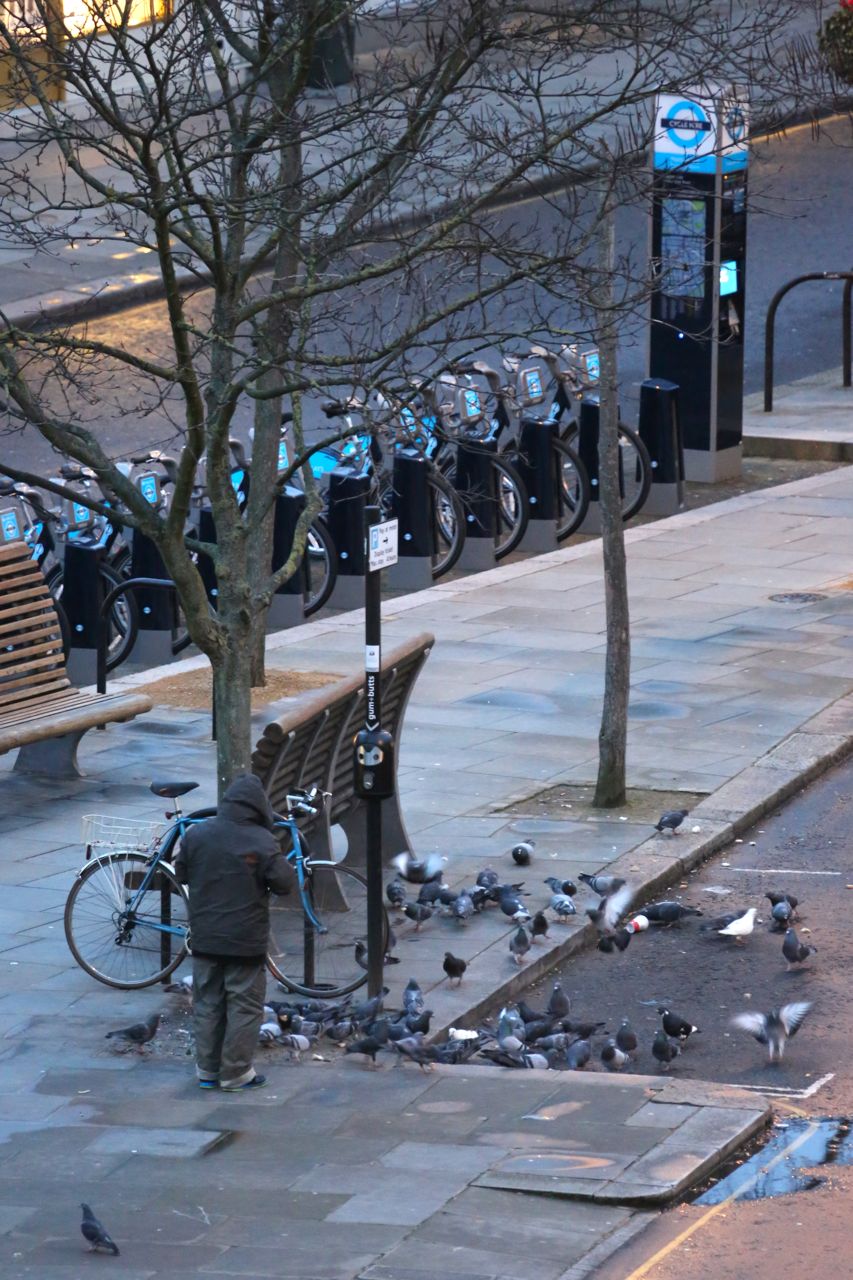 ...and feeds the pigeons.

Then she puts all her boxes together in a way that probably only she understands, and stashes them somewhere in or near the florist's shop. They are always gone by the time business gets underway. She must have some kind of agreement with the owner.

She brings them back out again after dark.

During the day she patrols the neighborhood, always dressed in a fairly heavy hooded coat, sometimes talking to herself. Once she got agitated in the middle of the night and began yelling an internal dialogue, pacing on the square. It was loud enough to wake me up. But usually she's quiet and she seems to be accepted. She's been there for years -- longer than we've lived here.
Posted by Steve Reed at 6:52 AM

This was a quiet yet powerful observation -- I don't know if you pick up "60 Minutes" in England, but last night they had a segment on a new initiative that aims to give housing to the homeless -- gratis. It was quite moving and turned every notion of charity on the head!

Beautiful the way you portrayed her with dignity. I wish I had seen the 60 Minutes Elizabeth was talking about.
Everyone deserves a place to rest their head at night which is safe and warm. Everyone.

Sad and beautiful portrait. Thank you!

Whatever her situation, she has found something meaningful and selfless to do, and there is beauty in that.

Even homeless people deserve their dignity. It's a statement on the neighborhood that they have accepted her as a resident.

Sounds like she has it sorted pretty much. Wonder where she goes all day. What a tough life! The first "Baglady" I ever saw was back in the seventies in London and I thought, "that would never happen in America"...Same as when I was in Denmark and learned that both Mother and father had to work full time to afford a tiny apt. and keep their kids fed..."that would never happen in America"...

Does she actually crawl into her boxes at night or just sleep on them? It doesn't look like she has room.

Bless her heart, she has virtually nothing yet she gets the bread from somewhere to feed the pigeons which gives her joy, rather than eating the bread herself.

My favorite part of this whole piece is the giant heart above her spot :)

Sounds like she has mental health issues, schizophrenia. GB made some big changes in mental health care during 1980's and since a lot of people with mental health problems have been living in the streets as out-patient care has not developed fast enough (and it probably won't) `most of the mental health hospitals were closed and the monies have been and are used for something else ...