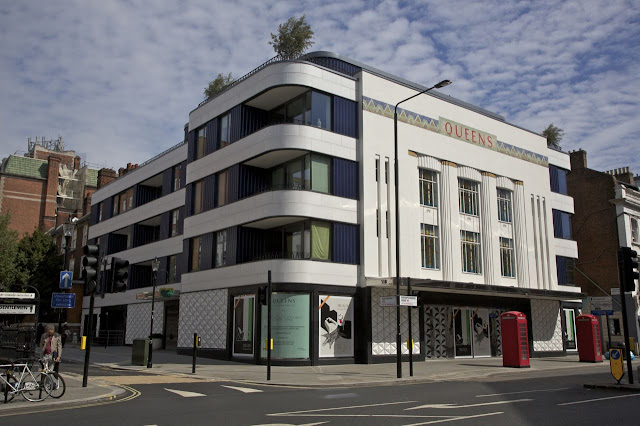 Several years ago I wrote about this old Art Deco cinema near Queensway, the Queens Cinema. Back then it was an empty hulk with an ornate facade. This is how it looks today. The project to turn it into condos -- in which the entire building was demolished and rebuilt, except the facade -- is finished. Pretty swanky!

I was in that neighborhood yesterday to visit our friend Keith, who hosted a special brunch to watch the Eurovision song contest, broadcast live the night before. You've probably heard of Eurovision, the annual event where each European country (and increasingly, a lot of countries not in Europe) enters a pop music act, and through a complex system of viewer and music-industry voting, one is deemed the winner.

I'd never seen Eurovision, and I must say it was really fun. (Dave was not the least bit interested, so he stayed home in the garden.) Sweden justifiably won with this performance by Måns Zelmerlöw, which perfectly combined the elements of a catchy song, clever production and an adorable, sexy singer. My personal favorite was Belgium's entry, which came in fourth. I thought it was very unusual and imaginative. The tragedy of the evening, as far as I was concerned, was the shunning of France's entry, which got only four points and wound up near the bottom. I thought it was a good song, well-performed and well-produced.

Anyway, we had a fun time, though the show ran for four and a half hours so it killed off quite a bit of the day! Afterwards I took a bus to Wandsworth to do some photography in South London, where I haven't been shooting for months. (Aside from my recent trip to the South Bank, which really doesn't count -- that's only barely south of the river.) It was gray and lightly rainy and I didn't get a whole lot before climbing onto the tube and coming back home. 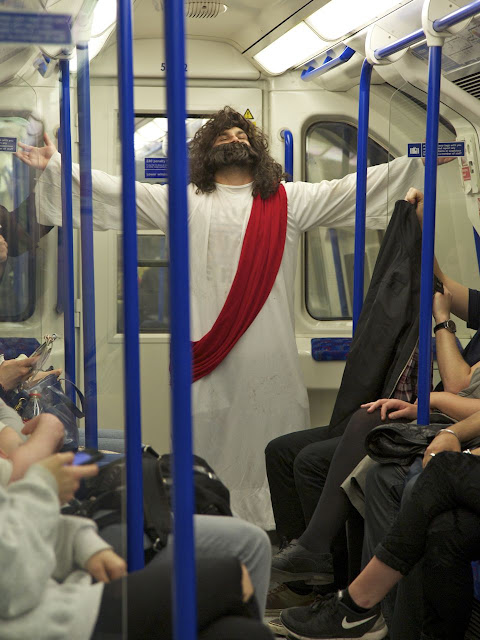 And look! Jesus was on my train! (I believe he was a costume-party Jesus, as opposed to a super-religious Jesus. He seemed quite drunk and his robe was none too clean.) 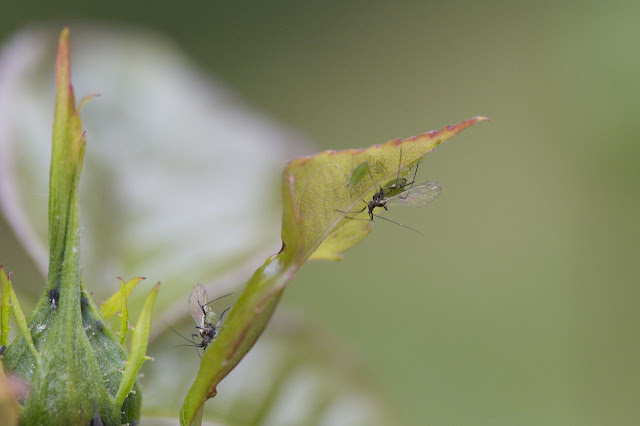 Here's our latest garden mystery. We have these bugs on our roses. Apparently they're a kind of aphid, though they're the biggest, meanest-looking aphids I've ever seen! We discovered quite a few aphid infestations on the rose bushes, and we can't spray them, because that's also where we released our lacewing larvae. Dave is thinking about ordering more ladybirds!
Posted by Steve Reed at 6:03 AM