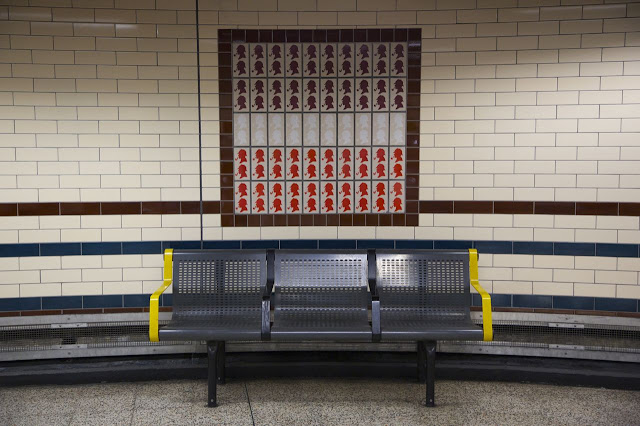 Have I mentioned our leaky washing machine?

A week or two ago, while doing laundry, I heard the conspicuous sound of water running. It seemed louder than it should have been, but I didn't see any problems and I just kept washing. After two loads in a row, though, I found water on the kitchen floor, spreading from beneath the machine. Not good!

I sent up an SOS and the management company sent a repairman who showed me how water practically poured out of a pipe joint behind the machine as it emptied. That was the sound I heard -- a hidden Niagara in our kitchen. He dismantled the pipes in the back and found them stuffed full of crud. (Not all our crud -- he said this had been "going on for a while.") He cleaned them out and went on his way.

Well, two more loads of laundry and there was more water on the floor. Following my mom's dictum that Everything Needs to be Done Twice, I called the repairman back. After putting us off for a few days -- during which I held off doing any laundry at all -- he appeared yesterday afternoon and cleaned out more blocked pipes in the kitchen. (Apparently all those pipes are connected somehow.)

I did laundry last night and for the first load there was no problem. After the second load -- during which I was also running the dishwasher -- there was a bit of water on the floor behind the machine, but nothing like before. So I'd say our pipes may still be a bit backed up, but I'll just avoid running both machines at once, and running concurrent loads, and we should be fine.

Wasn't that exciting? Don't you wish you were me?

An unfortunate side effect of the leak is that the kitchen floorboards -- which were already warped -- are now slightly more warped. If it were my floor I'd take up that wood and put down tile. 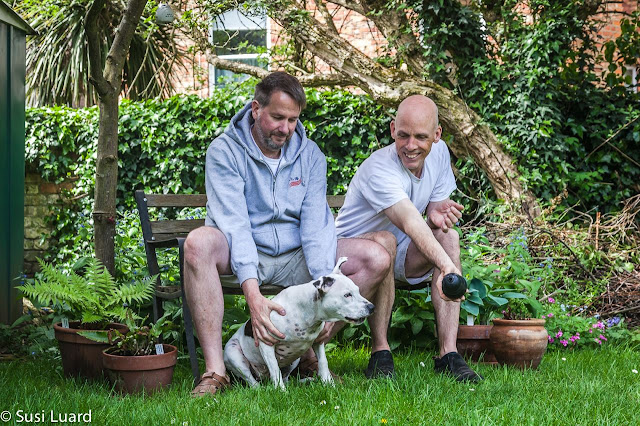 Remember I mentioned my friend Susi visiting on Sunday to take pictures of Olga? Well, here's one of her shots. I especially like this one. Olga would not face the camera, so Dave and I had to physically turn her and distract her with her (soon to be stolen!) Kong.

Some of Susi's other shots of Olga can be seen on her Flickr photostream here.

(Top photo: The Baker Street tube station. See the Sherlock Holmes tiles? His office was on Baker Street in the Arthur Conan Doyle novels, and the tube station is all Sherlock, all the time. Oh, and that wall really IS curved. It's not lens distortion.)
Posted by Steve Reed at 6:07 AM