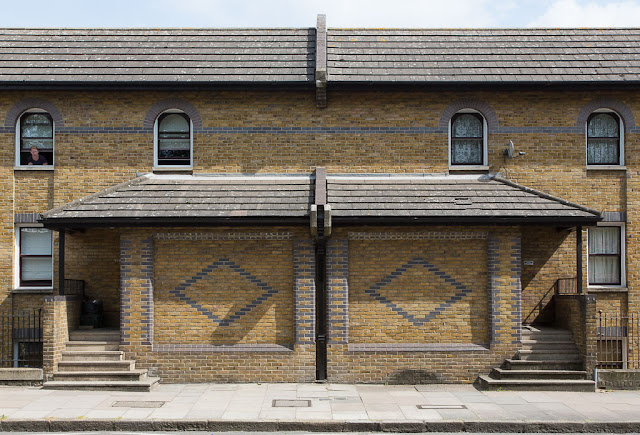 It's so easy to fall into a black hole on the Internet.

This morning, a friend sent me a link about a photographer's project to shoot the mid-century motels of Wildwood, N.J. I went to the Wildwoods back in May 2011, shortly before Dave and I moved to London -- so then I also had to look at my own photos and then pictures from the same area by other photographers on Flickr.

That led me to numerous vintage pictures of the Jersey Shore and elsewhere. Before I knew it, I'd browsed away an hour of my life.

Not that that's a bad thing. There's a lot of interesting, sometimes bizarre photography out there. Years ago the same friend who sent me the Wildwood link introduced me to a fascinating blog called Internet K-Hole (now on Tumblr), a veritable gold mine of weird, vintage photos. (Be warned -- occasional nudity!) I can kill time there quite easily, though I always feel vaguely disturbed when I leave. 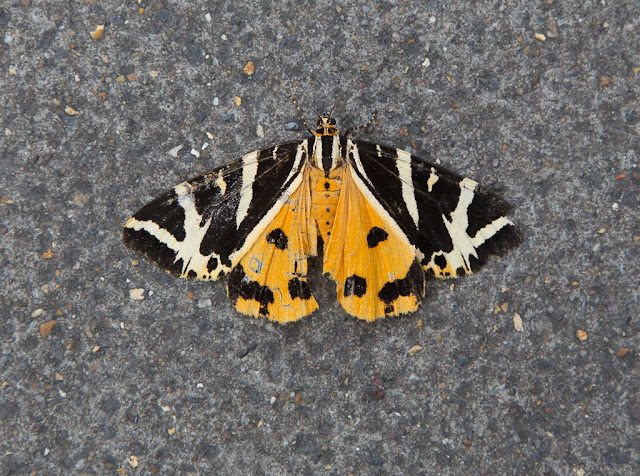 Around here, about the most disturbing thing you'll find is photos of wounded butterflies. I found this Jersey tiger moth on a sidewalk in Islington a few days ago, alive but not able to fly too well. I picked it up and put it on a bush next to the street. I imagine it's probably not with us any longer, but it was still beautiful. (You may remember one landed on our window a few years ago.)

It's the weekend! Yay! I know, I've only worked two days this week -- I can hardly plead exhaustion. But there's nothing like going back to work to make a person appreciate unstructured spare time.

Speaking of which, I think I'm not going to sign up for French class this fall. It just takes too much time away from my Saturday -- half the day! -- and besides, I feel like I'm not really learning to speak. Sitting in a classroom will only get me so far. I need to travel to some French-speaking locale and really use the language. First, I need to recharge my batteries. I'm still a bit fatigué!

(Top photo: Between Highbury and Shoreditch, on Tuesday.)
Posted by Steve Reed at 8:17 AM

I went over to have a look at those vintage photographs. You think of all the time that has passed by and wonder where those people are now - people caught in moments, like insects in amber, the contexts gone...
Next week it will be five full days at work for you! Enjoy!

well, I know the black hole of the internet.

I've found my self lost in internet-land many times. Sometimes when I'm researching a place I'll search it out on Flickr to see how other people have photographed the place. That usually gets me sucked in for an hour or so.

Spending time looking at old photos is not all loss. I sometimes get looking when I'm looking for one particular photo.

It makes me happy that you put the moth up on the branch. We do what we can, eh?

I often fall down the black hole that is the internets :)

Enjoy your weekend! I think you're right about the French -- now there's a trip or three that you could plan, too.

I try really hard to avoid those internet black holes - I lose myself all the time doing other stuff (puzzles, Facebook, reading...) - I'd totally run out of hours in the day if I started clicking on things. Must Not Click on K-Hole Link!!!