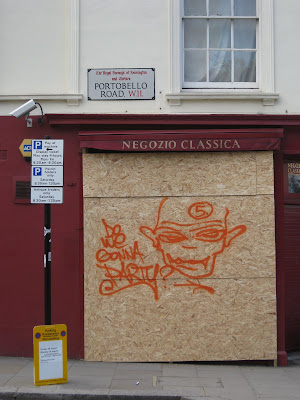 As many of our friends back in the states find themselves housebound because of Hurricane Irene, Dave and I are trapped inside by a different phenomenon -- the Notting Hill Carnival.

The carnival is a two-day annual festival that draws thousands and thousands of people to our neighborhood. It's reportedly the largest street party in Europe, and has attracted as many as a million people in the past. The parades go down Westbourne Grove, directly below our windows.

Folks in the neighborhood treat this event like the Siege of Leningrad. We were warned to buy lots of food and just stay indoors for two days -- and if we did venture out, to leave wallets and jewelry at home. Many residents go out of town, and businesses board up their windows. (The photo above is a cafe across the street from our apartment complex.) Homeowners fence off their yards. Apparently the main carnival parade -- which is tomorrow -- has in the past attracted troublemakers, and law-enforcement authorities even considered canceling this year's events because of the prospect of more riots.

Today's parade is more for children, and man is it loud. It basically consists of big trucks hauling immense mobile sound systems, followed by packs of dancers, some done up in elaborate, feathery costumes and veils. Apparently the carnival stems from Notting Hill's history as a place where immigrants from the Caribbean set up housekeeping decades ago.

It's loud, but it's also pretty fun, and despite our neighbors' dire warnings and the concerns of the authorities, it doesn't seem at all dangerous. I went downstairs and watched the first part of the parade from the street. Here are some photos. 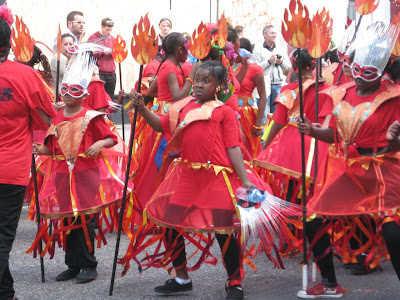 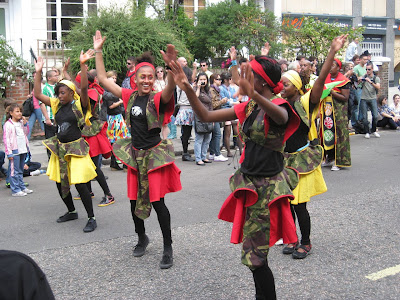 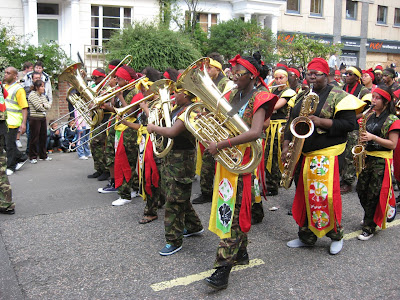 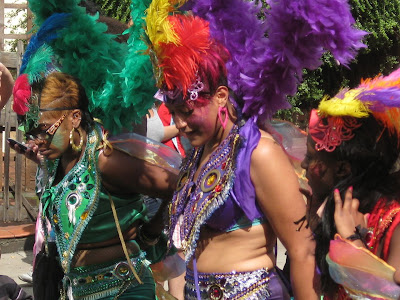 And here are a few pictures from our bedroom window: 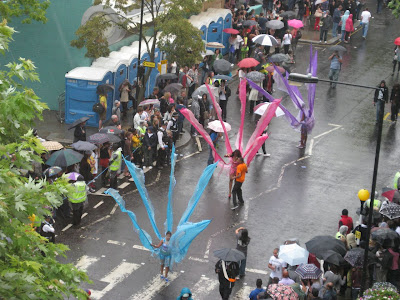 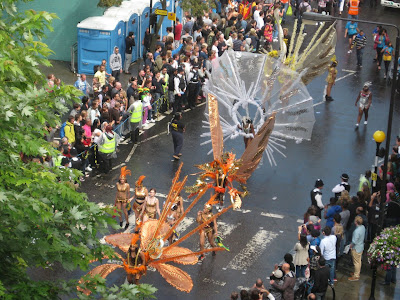 I also shot a video, just to give you some sense of what it sounds like:


If tomorrow is anything like today, it will be noisy, but a perfectly happy occasion. Keeping our fingers crossed!

UPDATE: As of 5 p.m., crowds have increased exponentially: 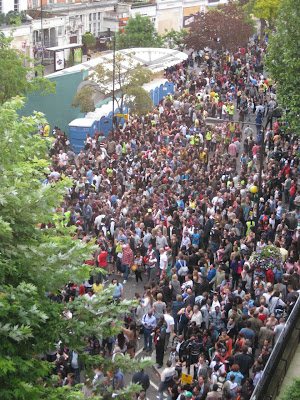