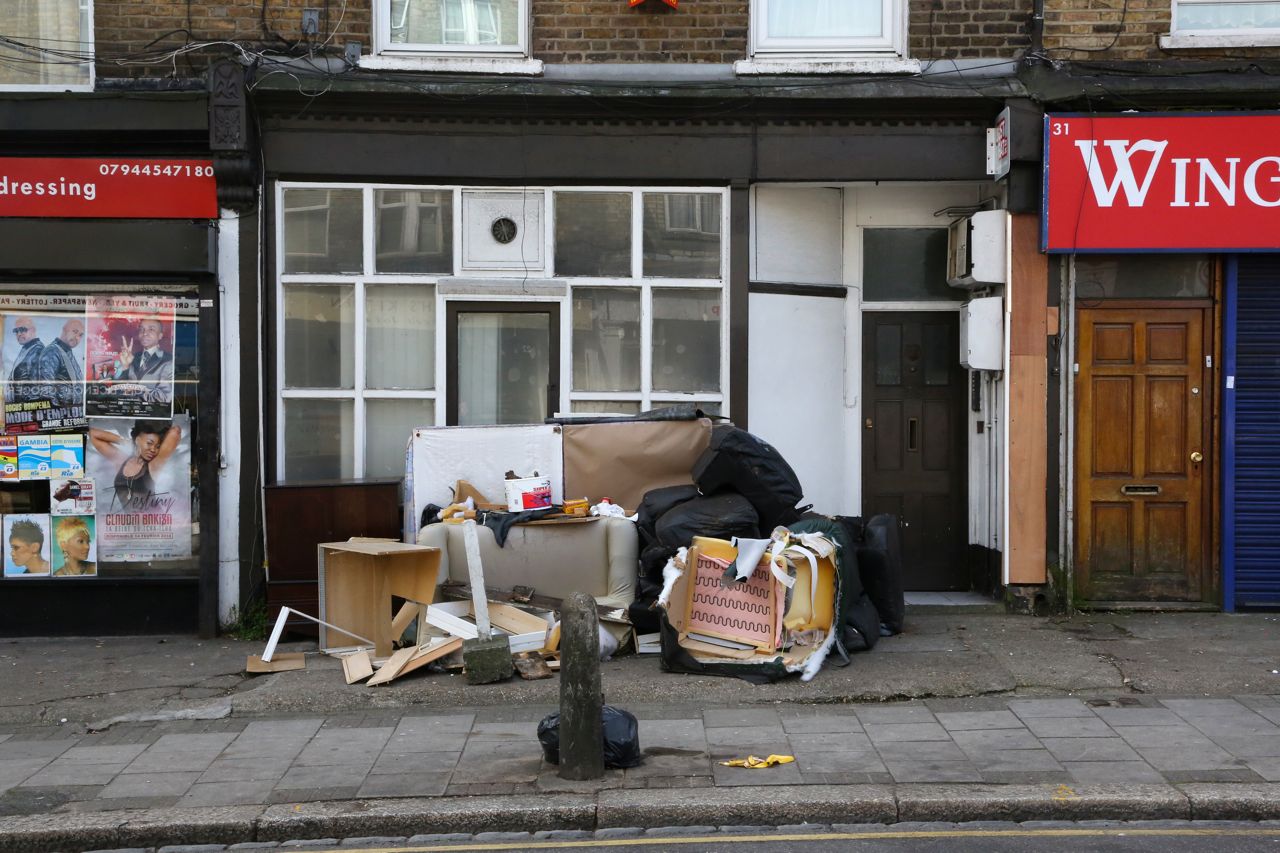 It was freezing yesterday. The official low temperature was 50 degrees, but to me it felt colder. I took Olga for a longer-than-usual early morning walk, all the way up to Golborne Road, and about halfway through my hands got so cold that I had to alternate putting them in my pockets. Olga, of course, wanted to stop and sniff and examine every tree, post and plastic bag, so the walk seemed to take forever.

A little later, Dave and I walked over to our friend Keith's house for brunch. He made something called a strata, a layered dish of eggs, bread and cheese. Filling, to say the least, and we got huge portions. I wasn't hungry the rest of the day! 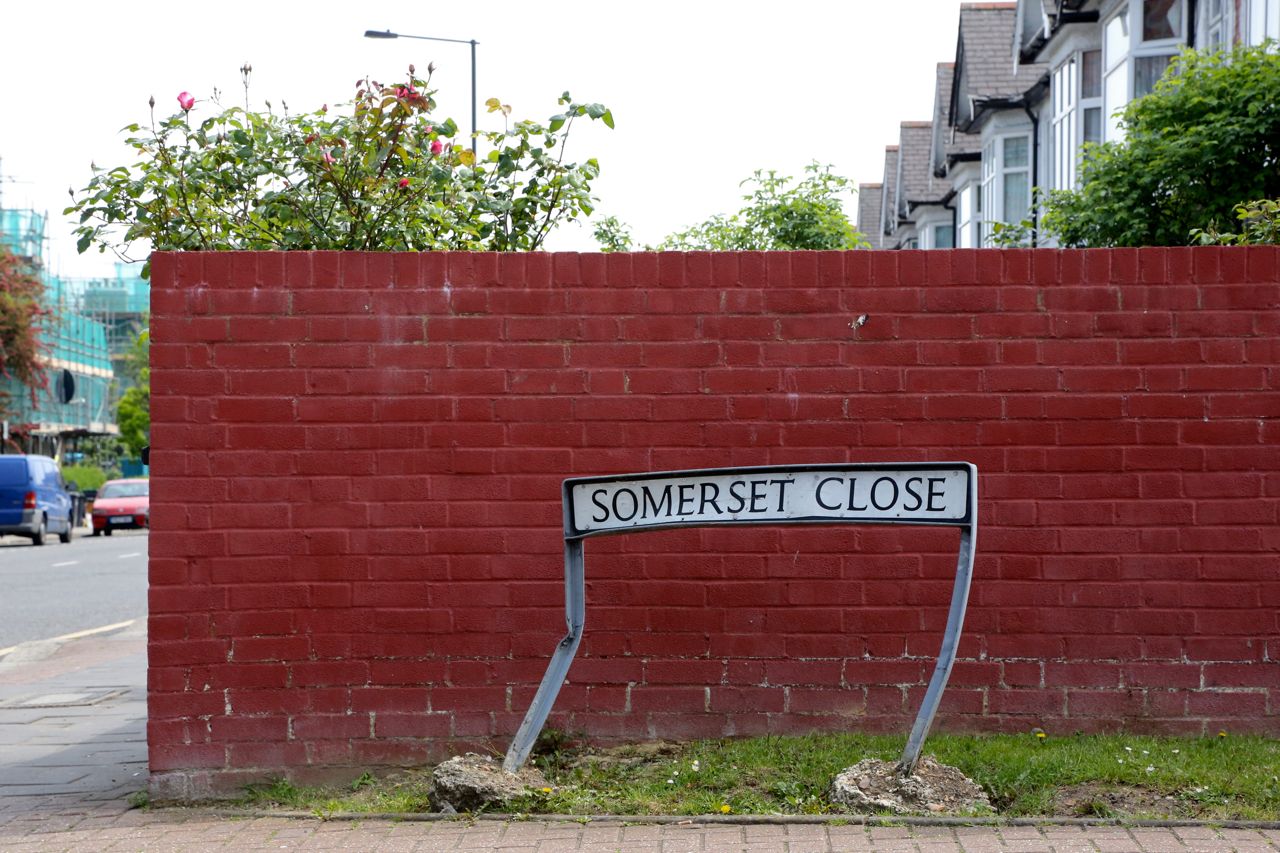 When we left Keith's, Dave came home to do some schoolwork and I set out to do some photography in the West End. I walked from Marble Arch along Oxford Street and then down through Soho and Piccadilly. I tried to concentrate on people photos, some of which I'll share later this week. At Green Park, I hopped back on the tube.

My final destination was the Tate Britain, to see the exhibit "Ruin Lust." It's a survey of works from the late 18th century onward that incorporate ruins, both real and imaginary, and examines why artists find ruins so interesting. 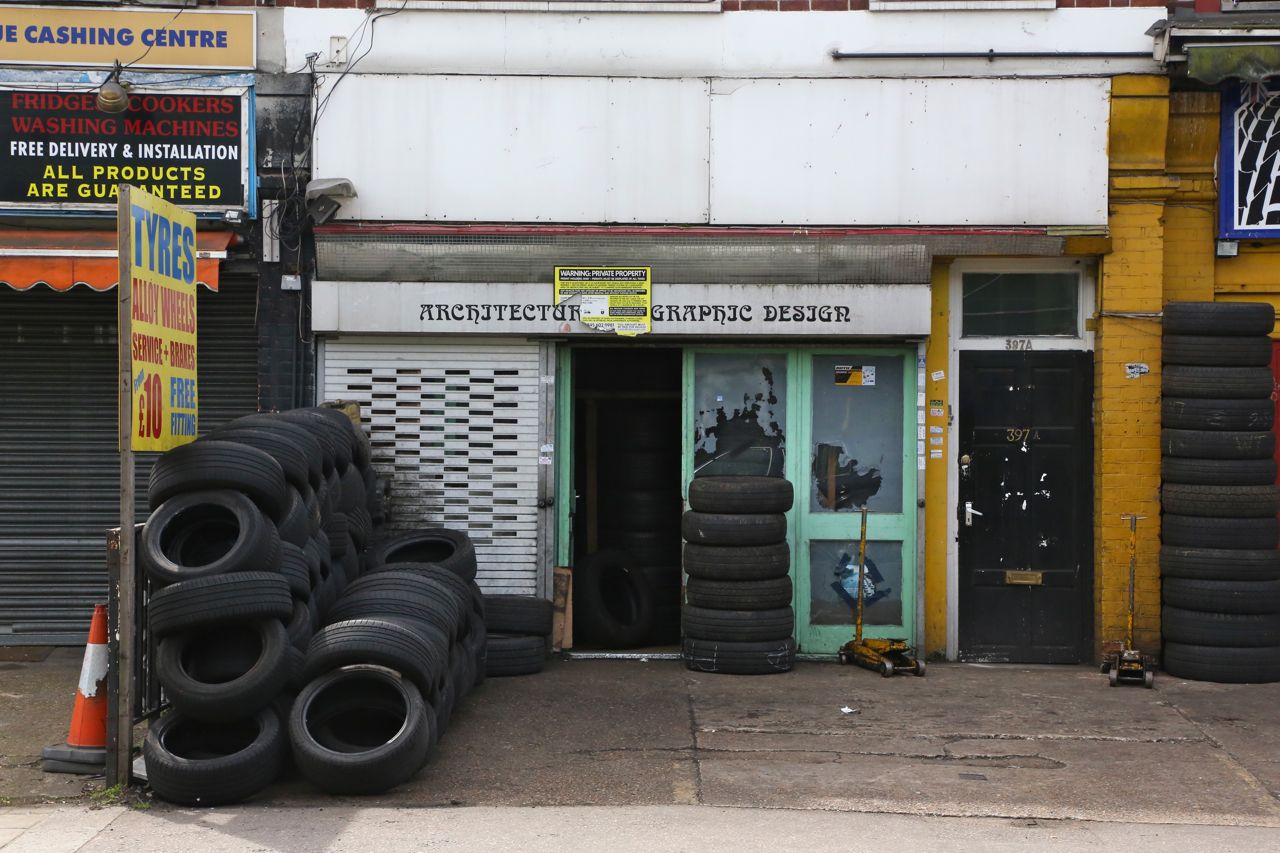 It asked viewers to consider what constitutes a ruin. They're not just classical marble piles like the Parthenon or the Roman Forum. Some artists found ruins in natural settings, among driftwood or tree stumps. Mining slag heaps are ruins of a sort. Modern housing blocks flattened by implosion, Nazi bunkers on a French beach, a paper factory bombed in World War II -- all are ruins. Some artists look at the environments of our modern lives and see them as future ruins.

To quote from the exhibit brochure: "Ruins are curious objects of desire: they seduce us with decay and destruction. The ruin may remind us of a glorious past now lying in pieces, or point to the future collapse of our present culture. Certain ruins are preserved as memorials, others demolished or rebuilt. For centuries artists have been attracted to ruins, seeing new ideals of beauty in their desolation, as well as sublime warnings from the past." 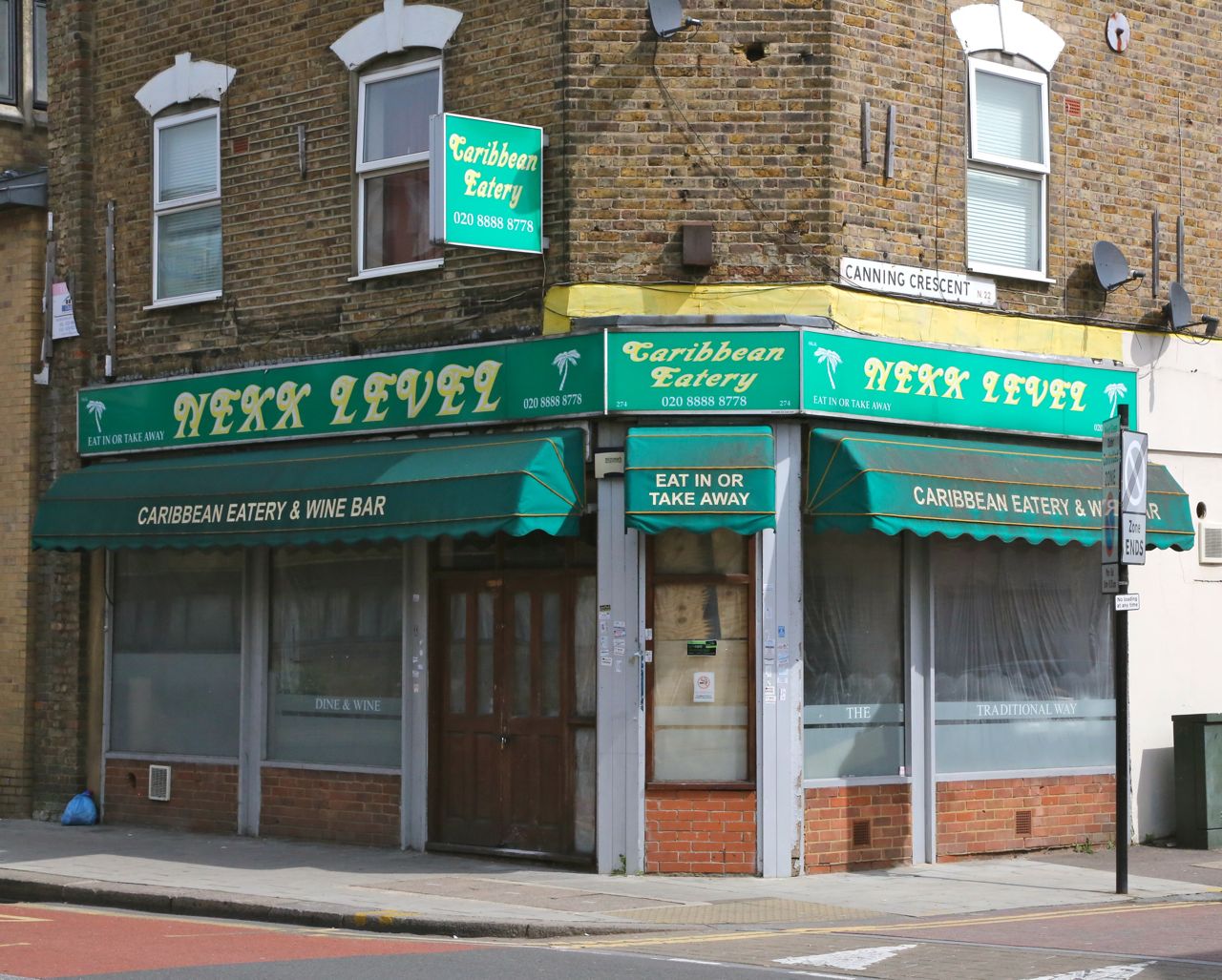 It got me thinking about my own photography, and what attracts me to certain subjects: Piles of discarded furniture, closed shops and restaurants, old signs, damage and decay. I always see an inherent poignancy in such subjects, a sadness that accompanies the passage of time, a sense of loss and someone's dreams coming to nought.

Perhaps those same sensations prompted Turner to paint Tintern Abbey. Apparently he and I share a certain degree of Ruin Lust!

(Photos: All taken in Wood Green and Tottenham on May 4.)
Posted by Steve Reed at 7:23 AM

Yes! Ruins are fascinating. You feel as if you could perhaps slip the bonds of time, walk into the past. I hope to visit some of the ruins in the Yucatan while I am there. Ruins in the jungle. Have you read any of Catherwood and Stephen's works about their travels through the Yucatan in the early 19th century?

I would have loved that exhibit! Actually, I have seen some of the most impressive exhibits, ones that stay with me for years, at the Tate Britain. One that I saw in 1995 has haunted me ever since I saw it. It's called "Scrapheap Services" by Michael Landy. You can see the Tate's description of the installation here: http://www.tate.org.uk/art/artworks/landy-scrapheap-services-t07221
As you can see, it's almost 20 years later and I'm still thinking about it.

I love thinking about this perspective. I also love how people see things differently. :)

I agree that ruins are fascinating and think it has something, to do, with romance -- not the love kind, but more the imaginative kind of romance when we conjure happenings and lives that the contents of the ruins suggest.

Ms Moon: I have not heard of Catherwood and Stephens. I should look them up, I guess!

Sharon: That is a WILD piece of art! I can see why it would haunt you. I love it when a piece embeds itself so firmly in our memories.

E: Yes, romance is a huge component, and its cousin nostalgia.

Bug: That's true too. We have to read into them, don't we?