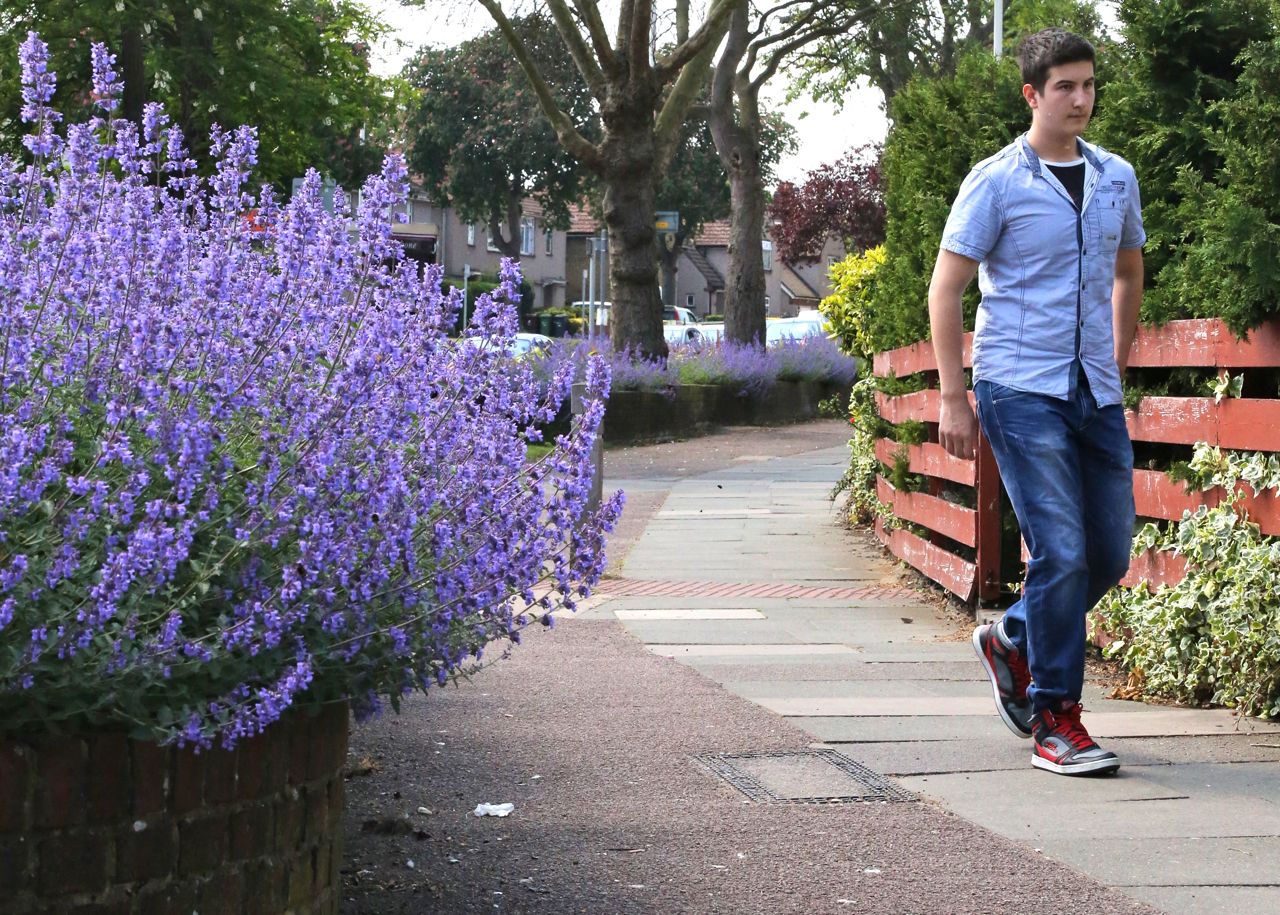 -- The couch rebellion yesterday turned out to be a non-event. Apparently some talkative kids piled onto the couch in the silent area early in the morning, before I even got to work, and one of the other librarians shooed them away. Otherwise, they seem to have accepted the furniture move, and the couch is now being used by entirely different kids who are actually studying. I also think the library really is quieter. So despite my misgivings, maybe this was a good change.

-- I saw the other day that Mary Stewart died. I know her as the author of "The Moon Spinners," which was made into a 1964 Disney movie with Hayley Mills, and which I saw as a child on the Wonderful World of Disney. (Sunday nights, remember?) I loved that movie, about a teenage girl who encounters mystery, romance and intrigue in the Greek isles -- specifically on Mykonos, if my memory serves me right. I eagerly read the book, too, at some point. Stewart published more than 15 novels and lived to be 97, so she did well for herself.

-- I asked Dave to buy some bananas when he went to the store over the weekend. He dutifully requested a bag from a vendor at Portobello market, but when he got home he discovered she'd given him two bags of very ripe bananas. So we've been eating them as fast as we can. Yesterday Dave made banana bread, and I thought I'd make more banana pudding, but our grocer is out of vanilla instant pudding at the moment. So we're toying with the idea of making Bananas Foster tonight. We still have nine darkening bananas on the counter!

-- Thanks to those of you who offered tips on aphid management. (This means you, Alabama Lurker!)

-- Do you all still see swimming fish in my "koi pond" to the right? It seems to have stopped working for me, on both my home and work computers. (Maybe I didn't feed them enough. Or maybe I fed them too much.) Mysterious.

So, I loved Mary Stewart and read so many of her novels when I was in high school. RIP, Mary!

And no, I can no longer see your koi. That's weird. Just the other day, my youngest son saw your sidebar and thought it was the coolest thing --

And finally, here's a wonderful thing to do with bananas when they're too ripe. Peel them and put in a ziplock bag in the freezer. You can make any kind of smoothie with them, and it's exactly like ice-cream with the frozen bananas. My kids love using one banana, some milk, a couple tablespoons of peanut butter and some chocolate chips.

Mary Stewart wrote a lot of books! Didn't she write the series with Merlin? The Hollow Hills?

Nope, can't see your koi either. Maybe they didn't winter well like our neighbors' real koi. None of them survived. :(

Hah, here I thought I was being inventive and giving you a recipe for freezing bananas and making ice cream from them when Elizabeth kind of beat me to it. Anyway, here it is:

The koy pond is empty. Maybe the aphids ate them.

Good luck with the bananas!

I just spit coffee at above comment!:) (still laughing) OK; your welcome.I felt bad the other day as I am prone to over feeding your fish also and wondered if it was possible to "kill" them. So it is my fault. Here is some more help, freeze your bananas in their skins and then you can use them as needed for B.bread.A little mushy but works great. RIP Mary.Have a good day from the lurker.

I need to do an entire post of doorways and shops and street scenes in homage to you.

Just a thought; I have seen a virtual cat that does some cool stuff. Is there a virtual dog that will do tricks or something of that nature? In honor of the Great Ms.Olga you know.

I read somewhere that if you separate the bananas instead of leaving them in a cluster they aren't supposed to ripen as fast. Never tried it though.

Mary Stewart was one of my favorite authors.

I recommend Banana & Nutella crepes, one of my favorite desserts!
The entire Koi pond appears to be gone on my computer.

Hmm... maybe the Koi are just being coy?

Sorry to hear of Ms. Stewart's passing as I too loved her books. What is that wonderfully flowering bush in your photo?

OK, based on all your comments, I saw that the koi pond needed refurbishing. I've re-embedded it. It works for me now, so it should work for you too!

Oh I loved Mary Stewart too! I should go back & reread some stuff...

I was wondering if you fixed the fix since they worked perfectly fine for me (I thought maybe I was special - ha!).

Yes the fishies have become very hungry again. I would have watched anything with Hayley mills in it but somehow I missed that one...HOW???

Thanks for letting us know about the passing of mary Stewart. I loved her books 'The Merlin Trilogy' and was just wondering the other day at what age my Grandson should be before I recommend them to him. He is an advanced reader of 11 who loves history but I think it has adult themes that he is not old enough for yet.For the poster who asked about the flowers, I think they are Salvias, which are in full bloom here in Melbourne at the moment in Autumn so they may be something else in London as it is Spring there.