Manet's 'Olympia' I Am Not 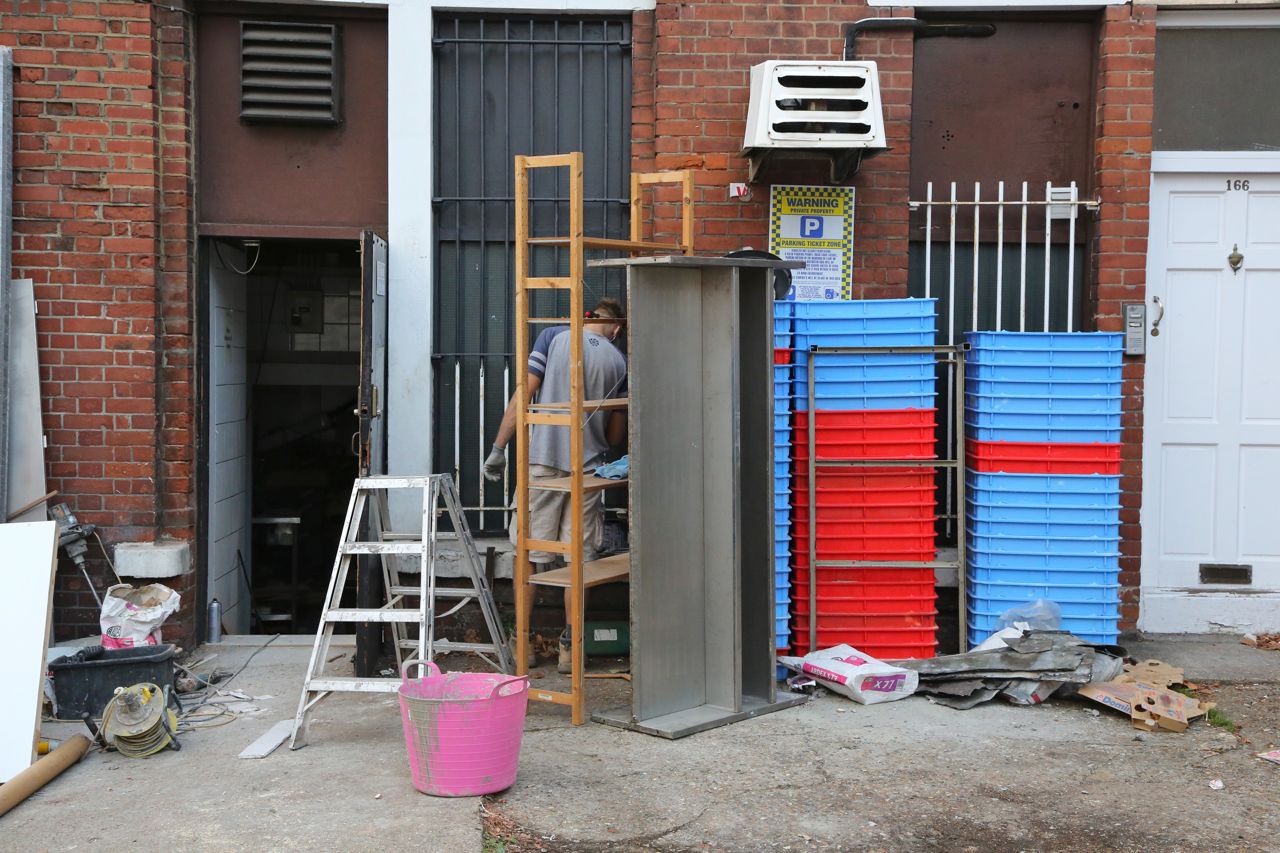 The trash guys came yesterday, ending the saga of our neighbors' moving detritus. I'm glad to have a fresh start with an empty trash can! It's the little things, right?

I tried to go out shooting yesterday after work, but it gets dark so quickly now that it's basically not worthwhile, at least not in suburban areas. I took the tube up to Kingsbury, north of Wembley, but only had about an hour to walk around. In the city I could keep shooting after dark, but in the suburbs I think that would be hard. Not much to see.

My boss' boss offered to buy beers for everyone in the departments he oversees yesterday afternoon -- but he was starting at 4 p.m. and I work in the library until 5:15, so I would have been arriving late and I was just maxed out on work socializing. (I'd already been to a faculty tea earlier that morning.) So I skipped it. Hopefully that was not politically unwise.

Oh, and one of the art teachers at school asked me yesterday if he could paint me -- and no, not naked, which is the first question everyone asks. I am not Olympia. He said I had an interesting face and interesting bones, and went on to tell a coworker that he's not interested in painting "conventionally attractive people," which sounds vaguely insulting -- but I said yes anyway. We'll see what comes of it. I've never been painted before! Apparently he works from photos so I won't be required to sit motionless in a studio for hours.

Finally, we've had some interesting bird activity in our yard during the past week or two. A pair of Eurasian jays have been hanging around, and unfortunately I haven't yet been able to get a decent photo of them -- but they're beautiful, big and impressive and noisy, light brown with a blue wing. They're nothing special among birders, really, but I haven't seen them that often. Stay tuned!

(Photo: A workman near Swiss Cottage with some colorful plastic bins, Oct. 2.)
Posted by Steve Reed at 6:38 AM

Convo with female friend who happened to notice your photo on my desktop:

Who is that cute man?
My friend Steve, who lives in London...

Beauty is in the eyes of the beholders...You may not be Olympia but you do have your good points.

Okay. That's hysterical. I'd let him paint me, too.

I used to model nude for art classes when I was much younger. sat for a portrait class one time too.

I'm not a birder exactly but I do get a thrill when I see a new bird in the yard.

Jays are one of my favourite birds. Whenever I have seen them it has been as a pair, apart from one I saw in Greenwich park once but its partner was probably there. I had not realised that they were called Eurasian Jays but having seen the others from around the world it makes sense. They are such a colourful bird so always look quite exotic. I hope you like the painting your colleague does. It is I suppose a compliment that he thinks you look interesting enough to paint!

Fascinating! I hope we get to see the painting...

Mike & I always love it when a new bird shows up in our back yard - it's pretty rare, but a treat every now & then.

E: Well thank you, to both you and your blind friend. (KIDDING!)

Ms Moon: Right?! It is not a request that comes along every day.

Ellen: You are brave!

Sarah: Yes, ours are paired up, too. Funny how there are always two of them!

Bug: I will definitely post a picture of the painting, if and when it happens!