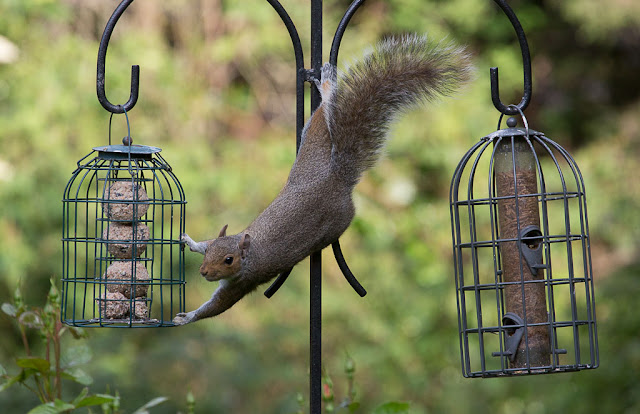 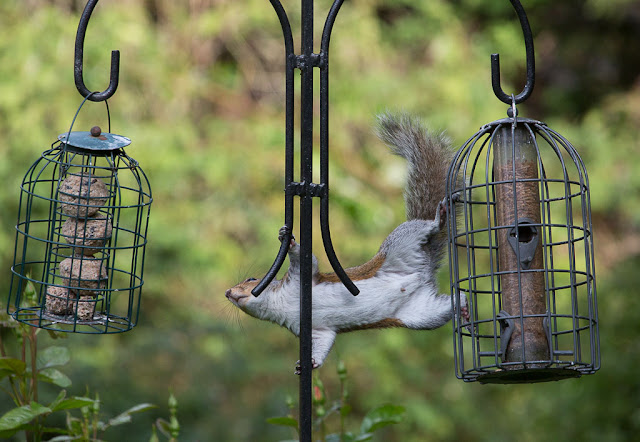 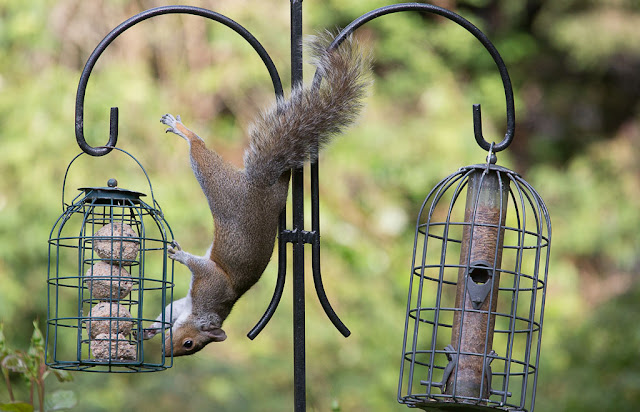 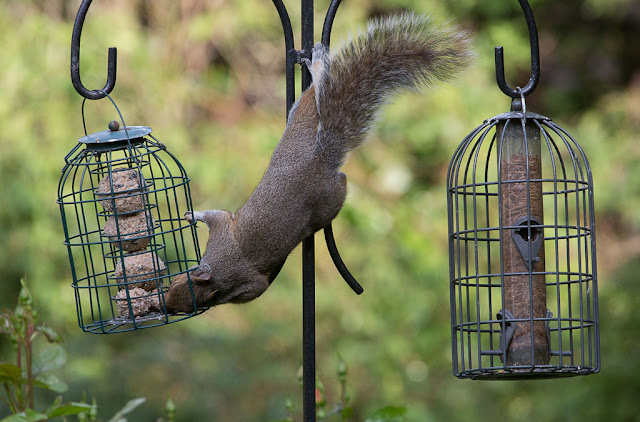 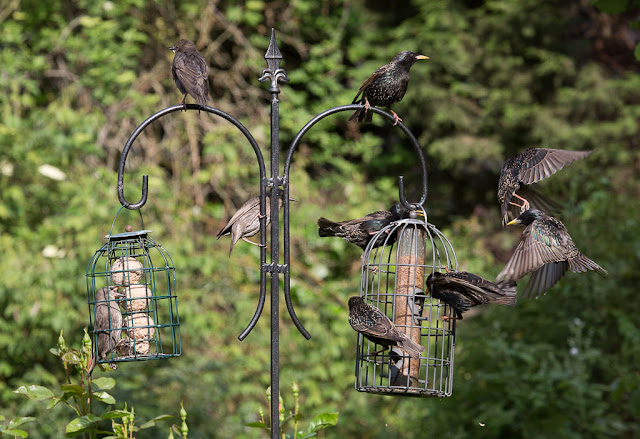 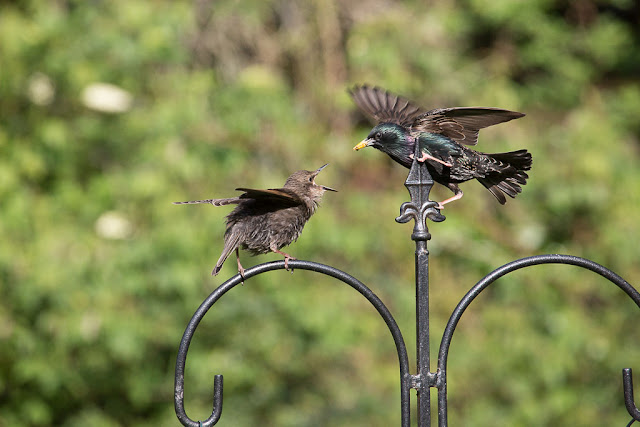 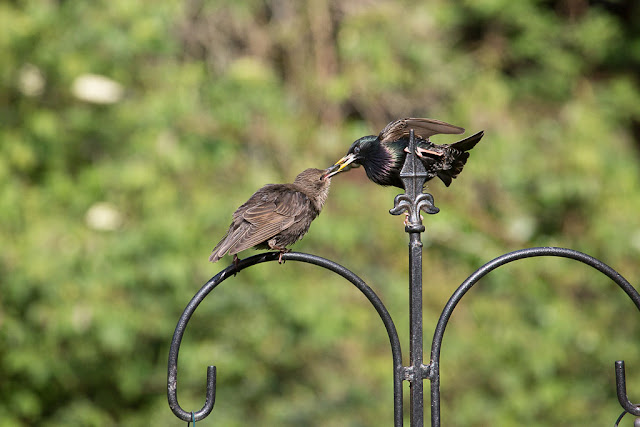 Squirrels are indeed the masters at conquering anti-squirrel devices. One I tried after seeing it on Jessicas' blog at rustyduck.net is the Twirl-a-Squirrel (available from Amazon UK or USA). It is pretty effective and gives the offender quite a ride before they twirl off. Olga would enjoy watching it also.

Great photos! A big city's wildlife in your garden!

For some reasons, I so far thought those mealworms, you have mentioned earlier, were still living and creeping around. Silly me...

I love the photos you got of the baby birds begging for food! I love watching our feeders. We have an ever-evolving cast of characters, too, as well as some of the fattest squirrels you ever saw.

Those squirrel photos are hilarious. I don't think I've ever seen a more dexterous animal with such determination. Such agility and daring should be rewarded.....and it was.

What incredible photography! You caught everyone at the just the right second.
We have chickadees here, robins, starlings and a pigeon couple - I think they are monogamous! And an owl, but of course, He never comes near.
I put their feed right on the railing of the deck and they will eat about 4 feet from me, locking eyes sometimes.
Somehow, the squirrels seem to be polite enough to wait until they've had their fill.
Yes, the mother and baby is particularly sweet, you don't get to see that often.

great photos. I don't think there is anything that is squirrel proof. they are very smart and clever. we buy a songbird mix so we get everything coming to our feeders who get what the squirrels leave them.

What great photos, and I love your commentary :)

Grease the feeder poles and that might keep your squirrels away.

Those squirrels are hilarious and very, very clever. Or should that be cunning?

Isn't it weird how you either get starlings or pigeons in your garden, but never both? Or is it just me?

Hahahaha! Mike and I thoroughly enjoyed the squirrel pics :)