Cosmos: Before and After 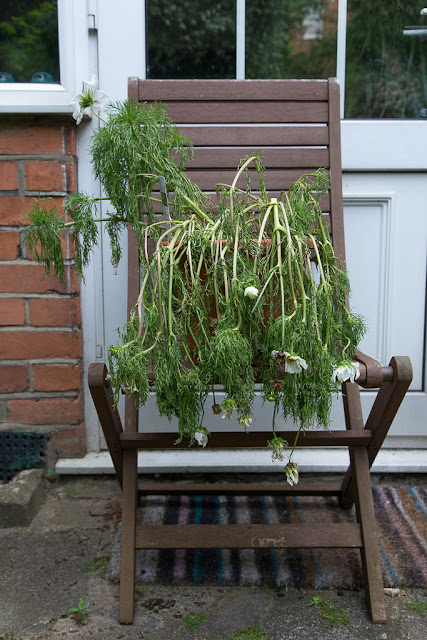 Dave and I went to Waitrose yesterday morning to pick up some tarragon. While there, we looked over their selection of houseplants. This pathetic example sagged forlornly on a top shelf, baking in direct sun.

Dave rolled his eyes, and the cashier nodded in agreement: "I think it's awful," he said.

We brought the plant home. I put a stake in the pot and tied up the saggy, broken branches as best I could. Then we plunged the whole pot into a bucket of water and left it there overnight. 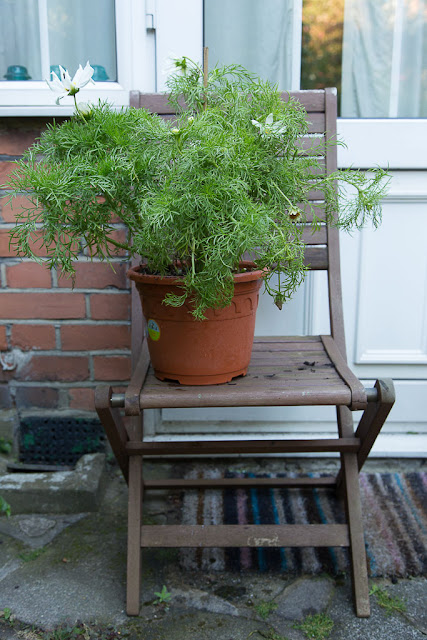 This morning, our cosmos is looking much perkier. It remains to be seen how well it will do long-term, but we're off to a good start, don't you think?

I just can't stand to see a neglected plant in a supermarket (where, let's face it, employees are often not trained in the care of houseplants). Stores must love suckers like me.

I went on an outing to the Tate Britain yesterday to see an exhibit called "Painting with Light," about the relationship between photography and other forms of art in the Victorian era. It focused generally on photographers inspiring painters, and vice versa. It's always mind-blowing to see photos from 100 to 150 years ago and more. A lost world!
Posted by Steve Reed at 7:35 AM