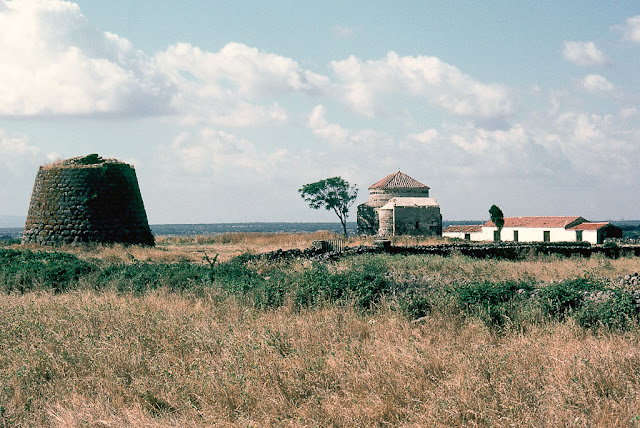 Yesterday I picked up the scans of the discarded slides I rescued. There were 40 slides, in a small plastic box marked "Sardinia," each one dated July 1988 on the frame.

Most of them really were trash, it turns out -- or at least fairly uninteresting. But a handful were pretty nice. 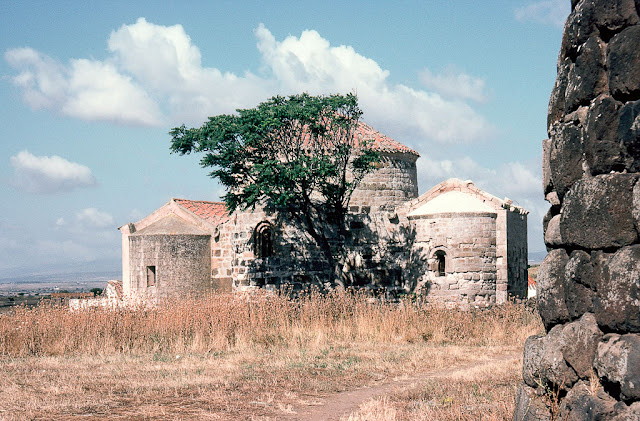 Nearly all of them depict a single location, with a round, rock structure and what looks like a medieval church.

I did a bit of internet research and learned (without too much effort, surprisingly) that this is the Church of St. Sabina and an accompanying neolithic stone tower, called a "nuraghe." The tower dates from the Bronze Age. 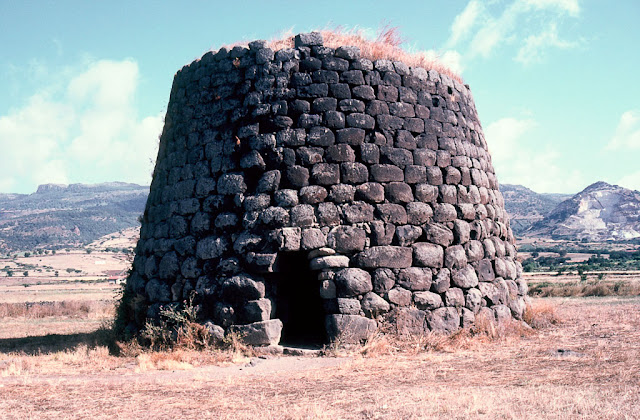 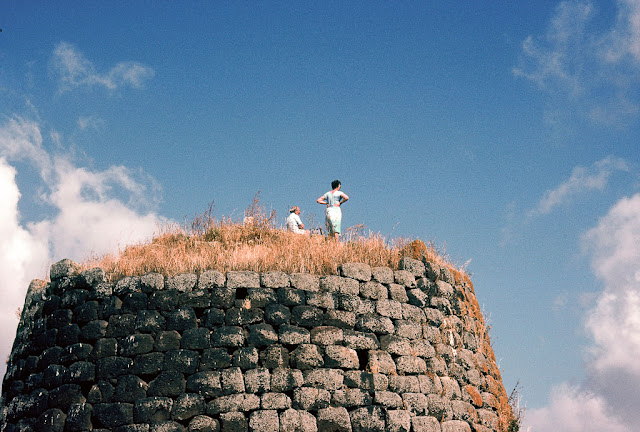 And as our guest photographer faithfully recorded, you can climb up to the top! (Apparently this is still true, according to a review by a recent visitor.) 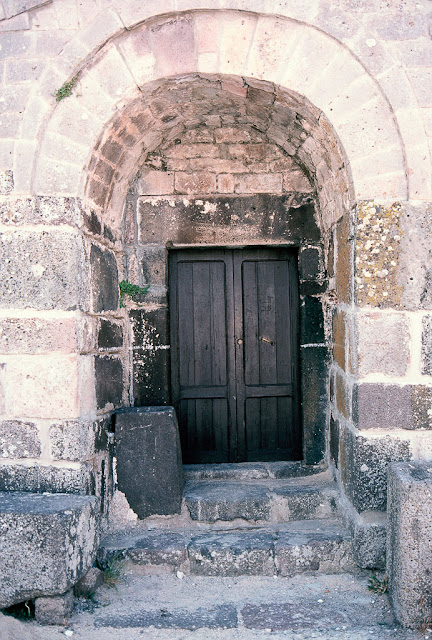 I thought these were pretty interesting pictures! They took me on an internet journey I would never have experienced otherwise. As I mentioned yesterday, I hate to see old (even just old-ish) photos discarded -- good photos are a beautiful slice of captured time, after all, and once lost they can never be reproduced. I was glad to salvage these. 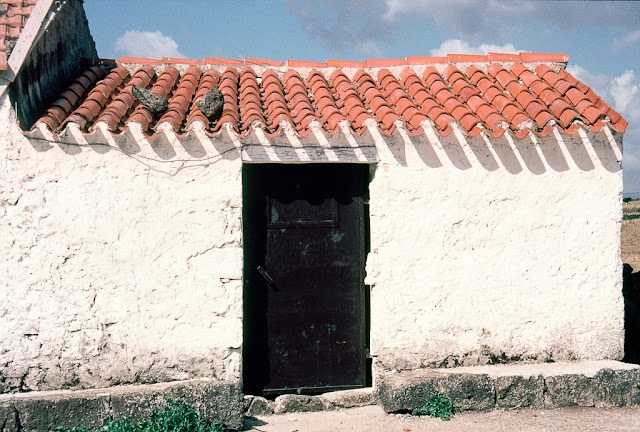 Some of them even look like something I would have taken, don't you think?!
Posted by Steve Reed at 6:03 AM