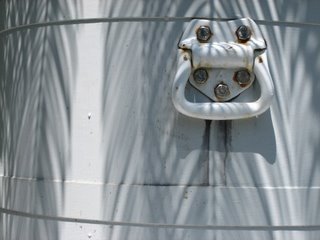 Since I don't have a car, I almost never get to leave the city. I don't mind that much, even on holiday weekends - New York is great when it empties out and everyone goes to Long Island and the Catskills. I'm usually content to stay put.

But on Saturday, when my friend Dan suggested we take his car on a road trip up the Hudson Valley, I readily joined the hordes.

And there were hordes! The New York Thruway heading north was jammed. Fortunately I'd had a pain au chocolat and my coffee, and was able to persevere without getting cranky. (Of course, I was the passenger, so my job was pretty easy.) Finally, about the time we hit Harriman, things loosened up and we had smooth sailing.

We decided to stop first in Hyde Park, where Franklin and Eleanor Roosevelt lived. We walked the grounds of the Roosevelt estate, which now has a big parking lot and a massive modern visitors' center - Roosevelt wouldn't recognize his yard! We walked through the stables, where we heard Eleanor on tape telling stories about the family horses in her jowly, patrician way. And we walked around the outside of the house; these photos were taken on the front porch, of planters containing sago palms. 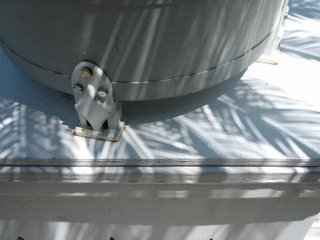 Everything in Hyde Park bears Roosevelt's image, even the drive-in movie theater (which was playing "Poseidon").

From there we drove north to Rhinebeck, where we prowled through some antique shops and got lunch at a virtually empty diner where groovy '70s music provided the atmosphere. We continued on to the hamlet of Red Hook, where we got our afternoon coffee, and then crossed the river to go to Woodstock.

Of course, I wanted to see the Woodstock concert site, and while I've always known it's not really in Woodstock, I'd thought it was close by. Well, it's not. It's in a different county, near Bethel. So I settled for the town, which turned out to be fun - it definitely capitalizes on its hippie associations, with shops like "Legends" selling Jimi Hendrix blankets and t-shirts for many of the Woodstock bands. (No Melanie, though - why is that?)

Woodstock also has a strong Buddhist presence, though it may be more Buddhist Chic than anything else. Lots of stores selling incense and little statues of The Enlightened One.

Finally, we hopped back in the car and headed home - only to be halted, once again, in Harriman. This time it was a traffic accident, and everything was at a standstill. We turned around and wound our way over to the Taconic State Parkway and came home that route, which put me at my door at about 10:30 p.m.

I do feel refreshed, getting out of the city. It's always nice to have a break. Thanks, Dan!
Posted by Steve Reed at 10:37 AM