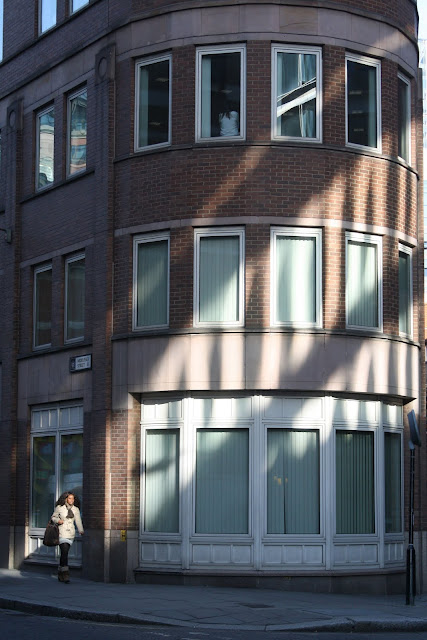 I am once again reminded why Cable TV companies have a reputation for horrible customer service.

We have Sky TV here in England. The account was opened years ago by our landlords, and they just left it on when they moved out and we moved in. Consequently the account is in one of their names.

Our TV has been on the fritz almost since the day we moved in. Our picture is sometimes broken and jumpy, as is the sound. Often our DVR recordings fail entirely, and we've missed a lot of shows we've wanted to watch. (I'm a fan of Laura Dern's show "Enlightened," but the recording fails almost every week -- it makes me crazy!)

Over the past few months I've contacted Sky a couple of times and we've tried some remedies -- rebooting the cable box, replacing the software, reformatting the recorder. But the problems persist. Recently we discovered that the coaxial connection in the back of the box is very loose, but we can't fix it ourselves, so I contacted Sky for service.

The problem is, they want an account password. The landlord gave me a password, but Sky says it's incorrect. The landlord says there is no other password. So we're left hanging with a broken TV that we apparently can't get repaired.

I tried this morning to call Sky again with background information about the account -- supplied by the landlord -- that might let me circumvent the dreaded password. But of course, Sky's systems are being "upgraded," so they can't access the account and order service today. I have to call again tomorrow.

I have my doubts about whether repairing the coaxial cable will even solve the problem, because we checked the cable connections several weeks ago and they seemed fine. The jumpy signal, I believe, predates the loose cable. But at this point we can't even cancel the account, because we don't have that mythical password.

The moral of the story: While it may be initially convenient to assume someone else's cable TV account, it's worth it in the long run to create your own!

(Photo: Shoreditch, last Friday.)
Posted by Steve Reed at 9:18 AM

I love the architecture of the building pictured. I can imagine myself just starting out those large windows. Love it.

Cabel companies are enough drama when it's your own account, I imagine this close to a nightmare. How awful, and your right they just leave you hanging. :/ I don't know what else you could do on your end but wait until tomorrow. It looks like your landlord will eventually have to contact the cable company themselves if you can't sort it out tomorrow.

When Enlightened first premiered, (It is on hiatus here now) I watched it and I would just get so frustrated with Laura D's character. For all her selflessness she is pretty selfish and self centered. At least that is how I saw it. I watched the whole season and she improved, but it drove me nuts. My room mate made me watch the rest of it because I was ready to drop that series. Hope you like it better.

That's what I like about it, actually -- her character means well but she sabotages herself by making bad choices. She's not entirely likable, but she's not awful either -- she's like all of us, I think, struggling to do well but hampered by our own blinders. Know what I mean?

Oh I understand, I was just frustrated. Maybe most by the way she, in my eyes, took advantage of her desk neighbor/ co-worker. I don't know how far along you are so I won't say any more. :P

The moral of the story is dump the cable.