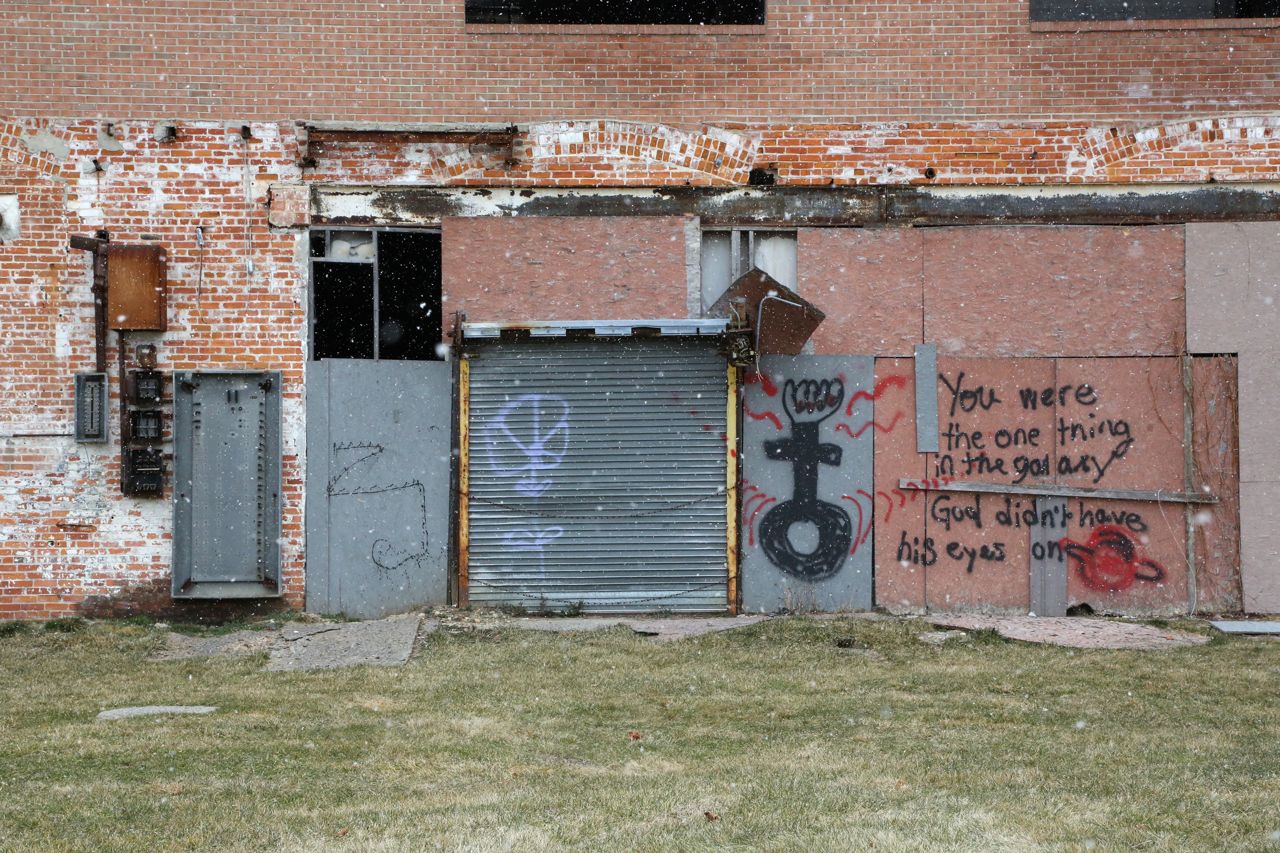 We're back in Detroit this morning, seeing out the old year with Dave's parents. Woo hoo!

We had a busy day yesterday, first running around Grand Rapids and then Kalamazoo. Our one big errand -- to mail a box of stuff back to London, including (gasp) my beloved milk crate! I brought it along to western Michigan, packed with some glassware and pictures, and we picked up a cardboard box and some packing peanuts from the UPS store. I boxed it all up yesterday morning, took it to the Grand Rapids post office, and it is now officially on its way to London at a cost of $75.

I really wanted to get that glassware home -- a set of unusual martini glasses -- and what better way to protect them in the mail than packed inside a hard plastic crate?

Anyway, after that project was completed, we drove past Dave's old house and then back to Kalamazoo, where we had about an hour to explore and do some photography before meeting more former students of Dave's at another downtown brew pub. This one, Arcadia, featured some terrific barbecue. We saw our old friend Stephanie, who we used to hang out with when she lived in New York, among others -- we all sat around a steel table in a chilly, spacious room of concrete and glass, and watched the snow fall outside. (Yes! It snowed!)

Afterwards, we met Dave's former coworker Catherine at a nearby coffee shop, and then we hopped into the car and headed back across the state. One good thing about all this car time -- we got to listen to NPR, which was refreshing and just like seeing yet another old friend. 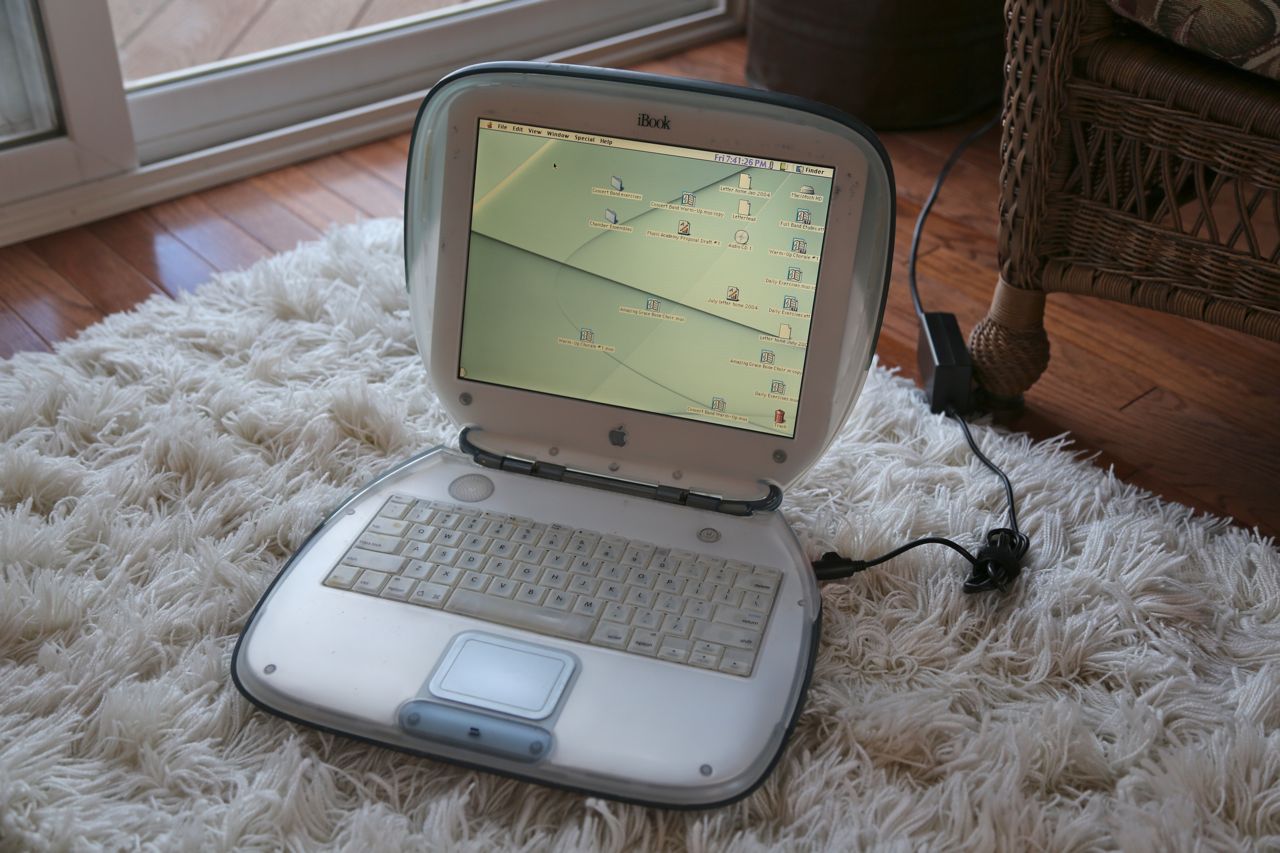 Here's one thing we're not taking back to London -- Dave's old Mac computer. Remember these? It's kind of hilarious and dinosaur-ish, like a giant prehistoric clam.

This computer has been a saga in its own right. Dave lost the power cord long ago, so we couldn't turn it on, and we didn't want to discard it without determining what was on the hard drive. We thought there might be pictures or other valuable documents.

I'd considered taking it to a computer shop and seeing if they could revive it. But instead I got online and found someone selling a power cord for just $12. I bought it, had it shipped priority, and we were finally able to plug in and power up the computer. There are, in fact, a couple of things on there that Dave wants to keep, so we're going to transfer those files to a flash drive and leave the computer itself behind. It will probably be yard sale fodder. I wonder if it isn't valuable as a collectible. It's about 15 years old --  how many of those things are still around and functioning?

It's so funny to use a computer like that now. It beeps and whirs and seems incredibly clunky. WiFi is not an option. How far we have come. 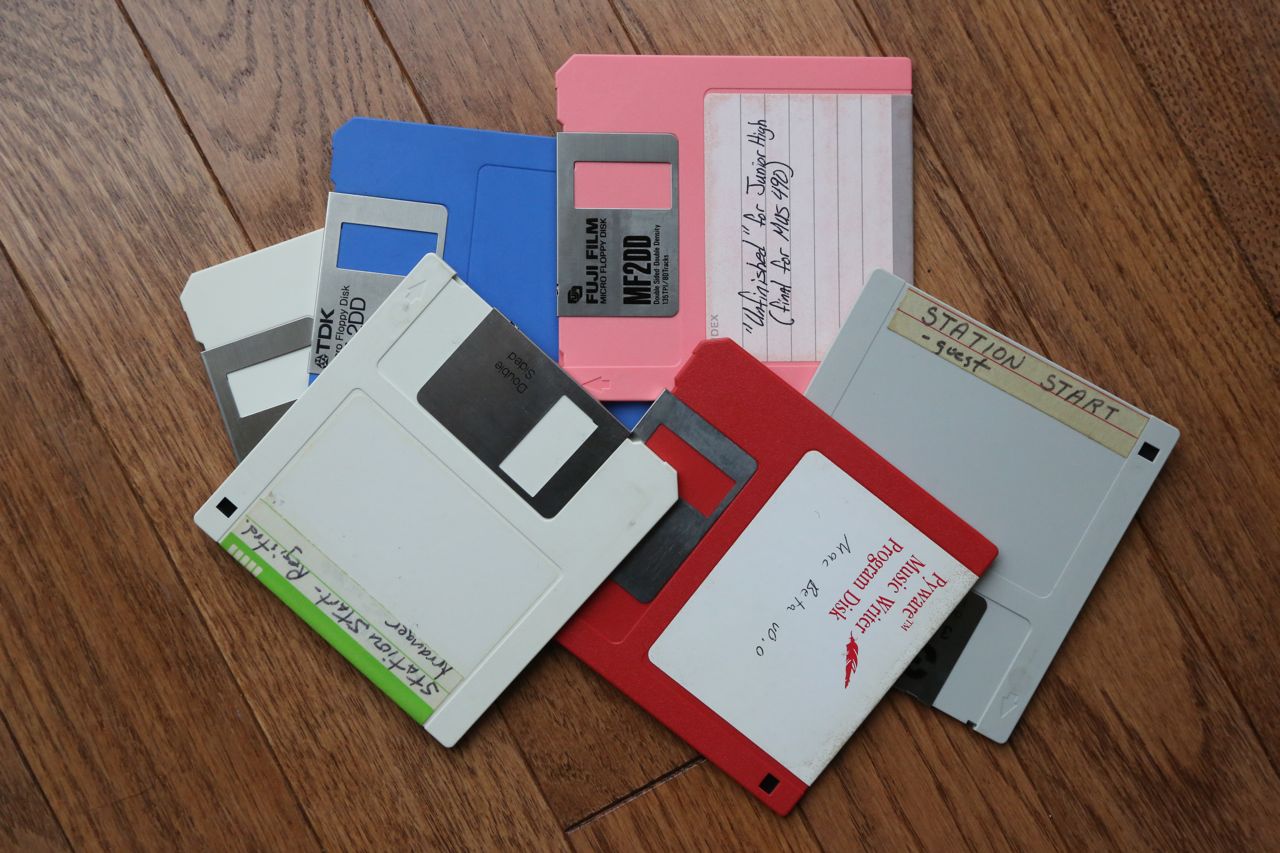 And remember these? We're not keeping them either.

(Top photo: Graffiti in Kalamazoo, complete with falling snow.)
Posted by Steve Reed at 11:48 AM

I'm so glad you've kept your milk crate. It will look lovely in your tastefully decorated flat. Of course, I know it's only traveling back to your home because it's such a convenient way to pack that glassware. . . .
The photo of the Mac is priceless - and while I'm on the subject you might want to check Ebay for its worth.
Try not to party too hearty tonight with the in-laws.

But isn't it amazing that it booted? The Mac? I have a much older laptop than that and I'm pretty sure it would start right up.
Well, you with the in-laws, me with the grandsons. Boy, we're wild, aren't we?
Happy New Year, Steve!

It is amazing how fast computers (and why do we still call them that? I don't compute on my computer, I use my calculator for that) became streamlined, small, and lightweight. glad you are having a fine time back in the states. happy new year.

Wow, that old Mac is simply priceless. It is amazing how computers evolved so quickly. And, they are continuing to evolve, getting smaller and smaller. And, I guess bigger and bigger when you consider that TV's are really computers now.
Have a fun New Year's Eve!

Why is it so hard to part with old computers. That one was ahead of the pack design wise even then!

Kalamazoo sounds like a made up place! Great name. I am glad you kept the milk crate too-you never know when one of those will come in handy. We used to use them at the nursery for role play-they make a particularly good petrol pump. I remember almost exactly when floppy discs became not the thing anymore. I had years of school work on them. I also remember how I was not at all sure what usb sticks were and how I felt like a computer idiot. I am just dreading the day when external hard drive no longer are used as all my photos are on them!
Wishing you a very happy new year!

You know, I think I can relate to that graffiti! Sometimes I wonder... :)

I think we still have some of those disks, but I'm pretty sure we no longer have a computer to put then in - my laptop doesn't even take CDs or DVDs. Perhaps it's time to toss those things...