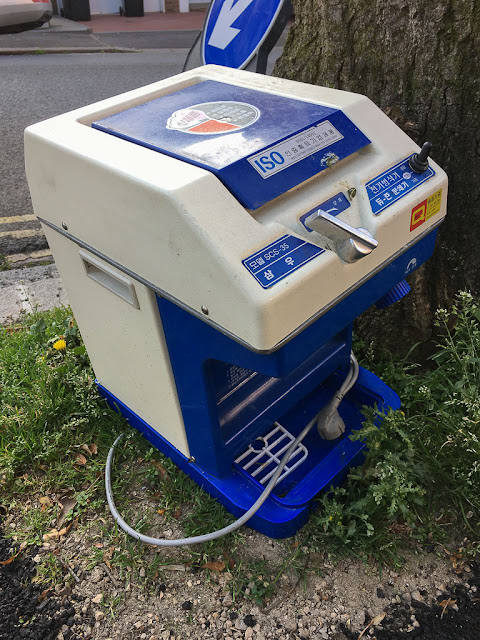 Someone discarded this device on our street, and I was genuinely perplexed about what it could be. I could tell it was Korean, but beyond that, I was at a a loss. 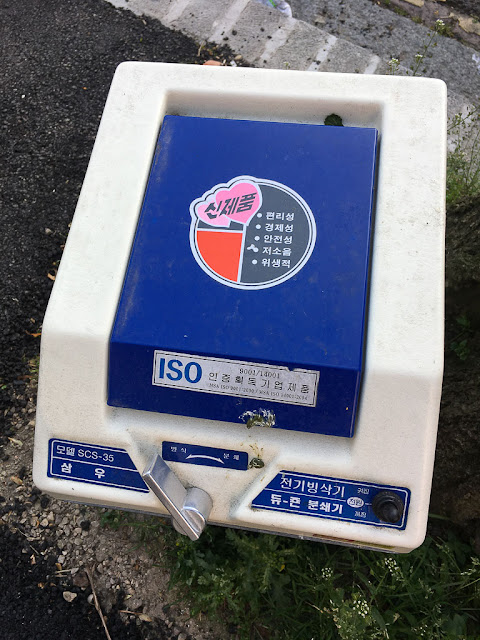 A coffee maker? Or maybe a medical device of some kind? 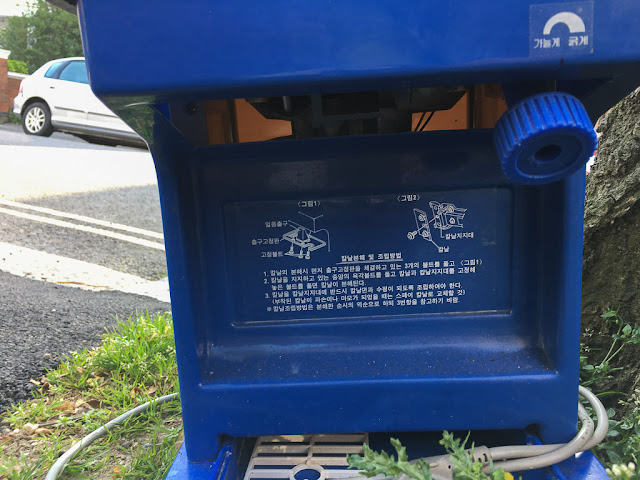 There weren't many clues. But then I Googled the few Western characters I could find, and came up with the answer. (The SCS-35 model number, to the left of the silver dial in the top and middle photos, gave it away.)

It's an ice-crushing machine.

Random! And it didn't stay on the side of the road for long -- just long enough for a bird to poop on it. Then someone carried it away. Waste not, want not!

In other news, I stayed home from work yesterday. I woke up with that terrible, someone's-sandpapered-my-airways feeling, like if I coughed it would hurt like crazy. So I tried not to cough, but that's like trying to hold back a wave in the ocean. I figured I didn't need to be sitting at my desk in my super-congested state, snuffling and hacking and snorting and wincing, so I stayed home on the couch. It was exactly what the doctor ordered (or would have, if I'd been to the doctor). This morning I feel better, so I plan to go in today.

I did manage, despite my plague, to rescue one more plant from the renovating neighbor's house -- a potful of pink valerian, shown here in bloom. Between that and the acanthus, I think I got the last two viable plants there!
Posted by Steve Reed at 6:24 AM