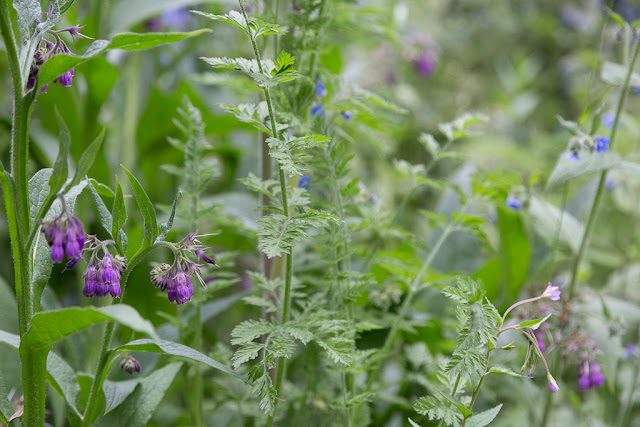 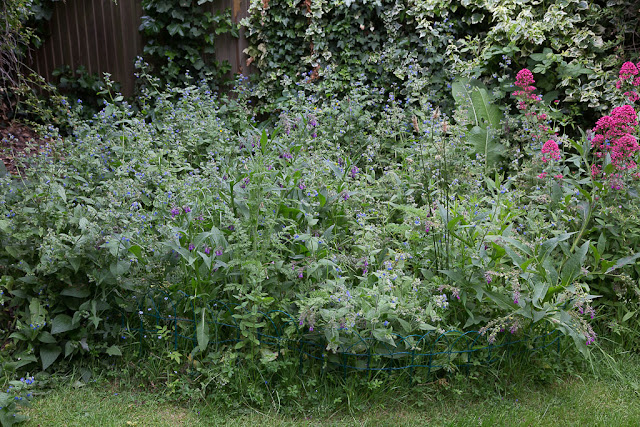 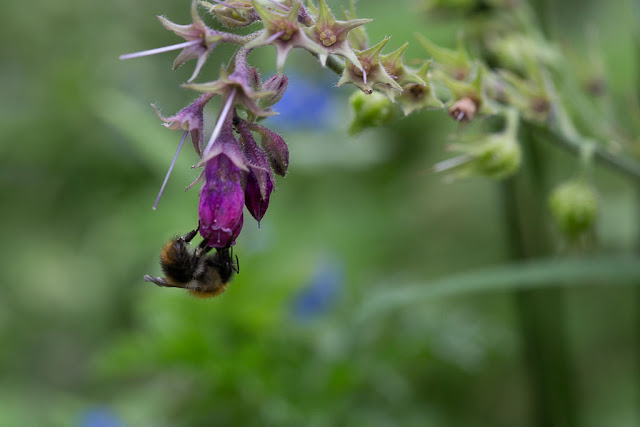 The nickname of Brentford F.C. is The Bees so I imagine that your bees live in Brentford - probably in designer apartments that contain thousands of miniature bunk beds.

How heartening it is to see those bees working so industriously!

It seems wildflower packages are much the same all over. My daughter didn't have any success either.

Love seeing those bees enjoying the native flowers. Did you see the news about a swarm of ladybugs so big that they showed up on radar looking like a large rain cloud? It's very interesting. Here's a link:
https://www.newsweek.com/california-ladybug-swarm-1442497

Wow, beautiful photos of the flowers and the bees. We were supposed to see lots and lots of azaleas while in Italy but, they had already bloomed and were gone. My friends were disappointed. They kept telling me how beautiful it should be. Actually, I thought the gardens were fantastic even without the azaleas.

I may lose my little wildflower meadow since it's actually part of the field if the new owners decide to go ahead and develop it. it's about done for the year though still has some firewheels blooming.

I'm so glad you're getting lots of bees. We used to see far more here; now I'm down to about three sightings per summer, which is horrifying. I need to plant a wildflower garden - if it'll grow for me. Can't know until ya try, I guess :)

Those are great photos.

when we had an allotment we tried several times to grow wild flowers without success but I love that Valerian, so colourful.
Briony
x

Beautiful and good for you for giving the bees a safe place to thrive.

YP: Well, I'll file that under "Things I Didn't Know about Brentford."

Ms Moon: We DO have lots of bee activity in our garden. Insect activity in general, in fact -- though not by Florida standards!

Red: Maybe they have lower rates of germination just by virtue of being wild? (You'd think wild seeds would germinate MORE easily, though.)

Robin: That ladybug story is CRAZY! But I'm glad some insects are prospering out there.

Sharon: Yeah, our azaleas are done here, too, so I'm not surprised they're already finished in Italy.

Ellen: The situation with your wildflower meadow has me really sad. I remember your post about it. I really hope they don't plow it all under.

Briony: One year I planted a packet of seeds and nearly all of them came up. But I haven't been able to duplicate that success in the years since.

E: They need all the help they can get!

Catching up on magazines
Newbery:
"M.C. Higgins The Great" by Virginia Hamilton