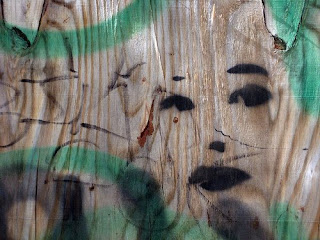 Last night I went with my friend Jay to the opening night of “A Tale of Two Cities,” a new musical on Broadway. Jay is a theater critic for the paper where I used to work in Sarasota, Fla., and this production got its start at a theater there. The opening was quite an event -- the men in black tie, the women in beaded, shimmery gowns. (I just wore my suit, which worked OK, since it’s dark. I didn’t see any need to try to procure a tuxedo.)

I enjoyed the production, which is smart and well-paced, and the music is pleasant. The performances, set design and costumes are terrific. Unfortunately, there’s no catchy number to latch onto -- nothing that you leave the theater humming -- and the show seemed a bit derivative of “Les Miserables” in its overall look. But given the time period and setting, I’m not sure how you’d avoid that.

When we first sat down, I noticed an older woman in front of us, quite beautiful and dressed in a beaded white jacket. She looked familiar, but I couldn’t figure out who she was. She was eating a huge Hershey bar. Then her companion, introducing her to someone, gave her name: Celeste Holm.

So during the show I was partly distracted by the fact that I was two seats away from a Hollywood legend.

After the show, Jay and I went to Cipriani on Wall Street for the opening night party, a huge affair with an open bar and bazillions of people (far more than were at the actual show). I had a couple of gin & tonics and just soaked in the scenery, chatting with people from Sarasota. We were probably the only people celebrating on Wall Street yesterday.

I left with a swag bag, containing some very bizarre items like foot cream, wrinkle cream and something for painful joints. (Very Sarasota, this swag bag.) About the only thing I kept was a box of Le Petit Ecolier biscuits; I gave the rest to Jay.

You lead such a charmed life in that city that never sleeps! Hanging around with celebrities and receiving gifts of Le Petit Ecolier biscuits (the only thing that sustained me yesterday on a boring 3-hour drive to Hampton to see my uncle, a trip I will describe later today). Sounds like a fun evening that demanded nothing more than a black suit from you!

Sounds glamorous and fabulous! Thanks for the review.

A Tale of Two Cities ... hmmm ... how perfect that your celebrated on Wall Street afterwards!

What an experience. It's too bad the the bad review from the Times will carry so much weight.

Maybe I just a hick, but I love seeing anything Broadway live.

yeah, you're right, I think The New York Times hated it. Yeah, hated it sounds just about right. (I liked the expression "poperetta" though- cute.)

I see I have a blogging identity again, so I'm off to try, once again, to get my blogposts to go online instead of into blogger's belly.

I think the last musical I saw live was The Return of Martin Guerre (sp?) in London in 1996. It was truly horrible, but my friend Ian had me in stiches afterward as he sang all the tunes with parody lyrics, most of which concerned how ridiculous the show was. It wasn't the same as going to Cipriani afterward, but hey, we still had fun!

i find the contents of the swag bag intruiging

does that say something about the expected constituency?

Sounds like it was the best of times and the worst of times...

I would have kept the cookies too...but also the foot creme...sounds like very practical swag (is that an oxymoron?)

I can't wrap my mind around a musical version of dicken's tale of two cities - but why not!! after all consider les mis!

coincidentally on thursday night we went to see a musical - tony kushner's play caroline, or change - also a musical. was wonderful.

What a great night for you! I often love things that critics pan...Is that another example of great minds thinking alike? I would love to see a Broadway show, just to say I had. My first experience was in London's Picadilly area the week I turned fourteen. My parents got tickets to Gypsy with Angela Lansbury and Cyd Cerise (sp?) and it was as you can tell, quite memorable, although there weren't any swag bags and no star-studded parties. Barbara's right. You lead a charmed life indeed!

As I am a huge fan of Dickens and love this book I really wanted to see this production - until I saw a clip online and thought "ewwww". Still, if I could go for free I'm sure I would. Sometimes there are amazing deals out there.

I love Celeste Holm. I saw her many years ago on Broadway in Hamlet Never Sleeps (I think that was the name of it. Adam Arkin was in it too I think). Anyway, I felt the same way. Wonderful that she is still kicking around town.