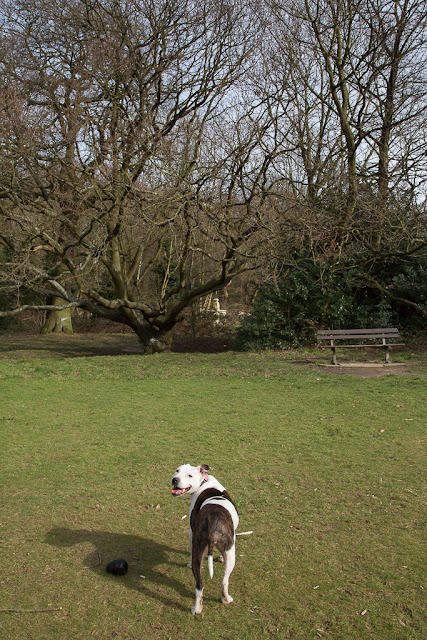 The seasons are definitely turning, with winter releasing its muddy gray grip and spring bringing a softness to the still-chilly air, a much brighter sun. I'm seeing birds I haven't seen in months, like our back-garden woodpecker and the Eurasian jays.

When Olga and I went to Hampstead Heath yesterday, it was noticeably drier -- I didn't have to slog through bogs of squishy mud, and Olga almost didn't need a bath when she got home. (She would have been fine if she hadn't chosen to belly-down in a cool black puddle at the very end of our walk. She thought it was worth it, though.) 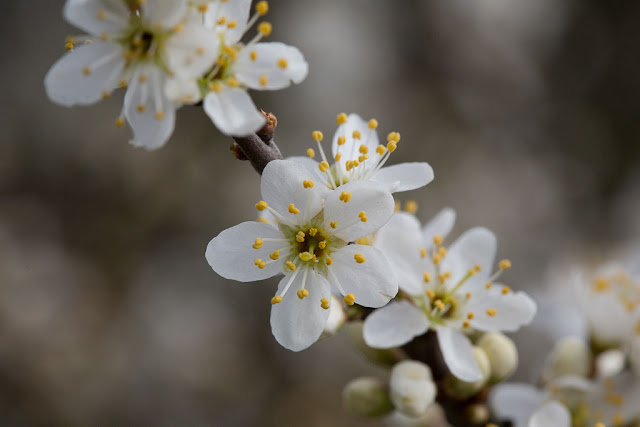 These tiny white flowers create clouds at the edge of the playing fields in the park. I don't know what they are, but they seem like some kind of ornamental fruit tree. 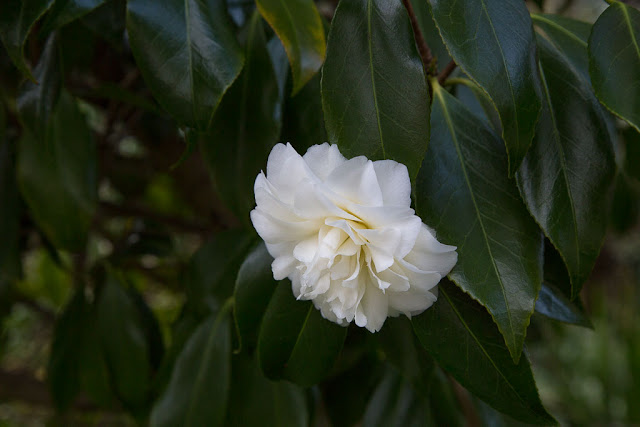 And we already have a few camellias popping open. Last year they waited until mid-March to appear. I think it's been a tad warmer this winter -- we had frost and a dusting of snow but never a hard freeze.

I am woefully behind on current movies, so I can't say much about the Oscar winners. The only nominee I've seen is "Bridge of Spies," and that was on an airplane. Dave and I have been lurking on iTunes, waiting for the others to become available for rent, and in several cases it's going to happen within the next week or two. Woo hoo!
Posted by Steve Reed at 6:48 AM