Ill-Fitting Pants and a Wandering Book 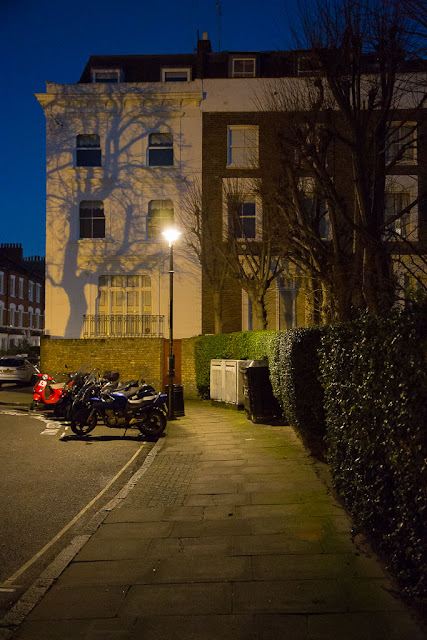 The peculiarities of online commerce just go on and on.

Dave buys almost everything online. He hates going to stores. So I've picked up a bit of that habit myself, but I've found that I don't have great luck in getting exactly what I want. (Witness the Santa Claus pants.)

At the beginning of this school year, for example, I ordered some new pants, a beige pair and a blue pair. When they arrived I realized I had unwittingly ordered "straight fit," or something like that, and I basically felt like my thighs were in sausage casings. (Witness the masochistic torture pants.) I've worn them a couple of times and thought I might just make do. But then at Christmas I bought another pair of pants that are even worse -- I was in a hurry and didn't notice that they're "slim fit," and let's just say while I'm slim, I'm not that slim.

So I've decided all three pairs of these pants are going to charity and I'm starting fresh. My replacement pants -- "traditional fit," which I must remember to order from now on -- arrived this week and they seem much better. (Admittedly I haven't worn them all yet.)

Another odd case of online commerce:

About a month ago, I ordered a used book -- Dennis Cooper's poetry book "The Dream Police" --  from a third-party seller on Amazon. (I'd read about Cooper's book in The New York Times, where director John Waters named it as his favorite book of poetry. It's dark and disturbing and very gay, which is what you'd expect Waters to like, right?) Anyway, the book was sold by a vendor based in Atlanta, Ga.

I was picturing some little bookstore, with dusty shelves, where someone, maybe a kindly librarian-type wearing a cardigan and glasses on a chain, would find the book amid the stacks and wrap it personally and carry it to the post office.

And maybe that's what happened, but the book wasn't mailed to me from Atlanta. It was mailed from St. Louis, Mo. Or at least that's the return address, care of one Rick Martinez, who doesn't sound like he wears glasses on a chain. And to make matters more bizarre, the metered postage is marked "Swiss Post" from Zurich.

So I don't know where the heck this book came from. But it did arrive, yesterday, which I suppose is the important thing. Frankly, and uncharacteristically, I'd forgotten I ordered it.