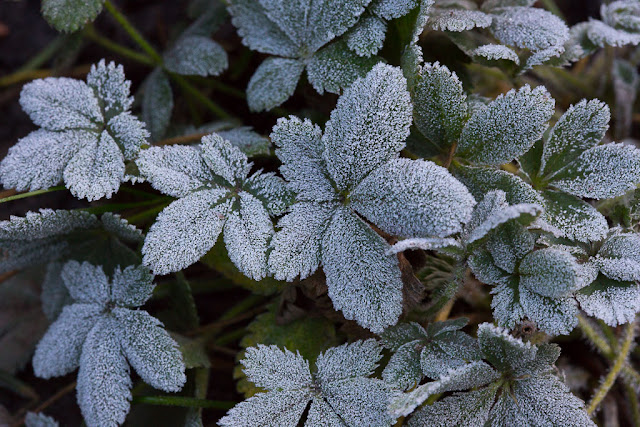 I was thinking yesterday about the upcoming primary election, and whether to vote for Hillary Clinton or Bernie Sanders, when I suddenly realized I haven't done a thing to prepare to vote. Was I still registered at my mom's house -- even though she's moved -- or was I registered at my dad's, since I changed my driver's license to his address? Research was needed.

Fortunately the Internet makes such things much simpler, and now I (hopefully) have a ballot for U.S. citizens living overseas coming my way via e-mail.

I'm planning to stick with Hillary. She seems to be losing some momentum thanks to Bernie's geography-weighted win in New Hampshire and his apparent appeal to younger voters. I do like Bernie, too, both personally and policy-wise. But I don't think he can win nationally.

I have a sense of loyalty to Hillary. I very strongly feel that it's her turn. I know she compromises in ways that many find unacceptable (Iraq war!) and many see her as a calculating opportunist. There's been all this talk of her need to "show more heart," to be warmer and more spontaneous. To me, this criticism seems tinged with sexism -- do we expect warmth and "heart" from male candidates? Why isn't strength and intelligence and diplomacy and experience enough?

Personally speaking, I feel like I made a commitment to her when I switched my support from her to Obama in 2008. I telepathically promised I'd vote for her the next time around. That's what I intend to do. Bernie talks a good game, but we need someone who can be effective with opposition politicians (as much as is ever possible) and appeal to centrist voters. I also like her international experience, and we need a female president -- if only to test my mom's theory that the world would function differently if women were in charge.

On a completely unrelated side note, I was shocked to hear about the death of one of my former colleagues at the young age of 41. We worked together on the same floor and sat near each other, and we had an ongoing, unresolved debate about the greatness of the Beatles. (As I recall, I was pro-Beatles, he was less so. Mostly for the sake of argument, I suspect.) I was always a bit jealous of his youth and quick wit and early success. Strange how things turn out.

(Photo: Our frosty back garden, yesterday morning.)
Posted by Steve Reed at 6:40 AM

It seems that Michael Brick was a talented guy and it's very sad that he has gone far too early to join John and George with Lucy in the sky.
It's pleasing that you are a Hillary man and not a Donald. Consequently, I shall continue to visit your homely everyday blog with its fine photo-illustrations.

I love what you say about the tinge of sexism that pundits display in their criticism of Hillary's so called lack of warmth. She is undeniably the most qualified candidate running. I may vote for her myself.

And I'm sorry to hear about your friend. I always imagine people whose company I enjoyed in previous life stages to be trundling along, happy and well. It is always a shock to learn otherwise. And 41 is so young. It sounds as if he packed a lot if living into his years though. I remember his byline.

I will probably vote for Bernie in the primary, but whatever happens, I'll vote for the Democratic candidate. I sure hope all those folks who are virulently opposed to Bernie or Hillary will lay aside their differences & vote in November!

I don't plan to vote in the primary and I will vote for whoever the Democratic nominee is. I like Hillary for all the reasons you stated but I don't like her close ties to the banking industry and wall street or her stance on GMOs. I'm not sure Bernie couldn't be elected but I think over-all Hillary would be a better president. We need Bernie in Congress where he can continue to fight the demagogues.

I am firmly behind Hillary right now. I think all the criticism of her has been mostly manufactured and I couldn't agree more about that thing about being "softer". How ridiculous. She has the right experience and knows how to make political deals. I like what Bernie stands for but with the way government is working now, he couldn't possibly get the things he's promising through a stubborn congress. I was just talking about this last night with my friend David and we both agreed that regardless of who gets the nomination, we will be voting Democratic.

I am wavering so badly on which candidate to vote for. I did the same thing as you when I switched my allegiance to Obama- made a vow to vote for Hillary when it came time to do so.
But. I just don't know now. Sanders astounds me with his truth. Now? Can he actually do any of the things we wants to get done? But saying that Hillary is more centrist doesn't really work for me. Those who hate Obama because he is black are going to hate Hillary because she is a woman. That's just the way it's going to be. And Sanders is only unelectable if we decide he is and don't vote for him.
Oh. Sigh.
I DON'T KNOW!
At least, whoever wins, I will be happy about the outcome. This is not a matter of choosing between two evils.
So sorry about your former colleague. Life is not fair in any way, shape, or form, is it?

I would not have to choose one candidate in the american election. It's too complicated. I'm sorry for the loss of your colleague.

Feeling the BERN for sure, though I do believe that employing super delegates even though he wins the popularity vote , Hillary might win, more of the same lame politics as usual. I am all for a political revolution, repairing a crumbling infrastructure, taking care of our own business , employing some of the socialism that Northern Europe makes sense from...but foreign policy seems to be a big one especially the fear factor. Bottom line is to keep the Clown party out of the white house, PLEASE!
Having watched all of the debates and town hall meetings, it is too close to call, and we still have a year of this BS. Redick!

It is always a jolt to hear of the early death of someone we know, isn't it? Even when the death is expected, still - a jolt. More so when the death comes out of the blue, or knowledge of it does. Life and death - unpredictable.

As for women leaders, Prime Minister Thatcher did all right! I think Hillary Clinton could, too. I don't really care for her - she seems like one of the "good old boys" - but then I don't get to vote in your election in any case!

Strength, intelligence, diplomacy and experience. Admirable qualities in any politician anywhere but no so easy to find. I won't be voting for Hillary. I'll be voting for some-one in an election sometime towards the end of this year down here in the Antipodes.

I'm so feeling the Bern and also relief that I'll finally get to vote for a candidate who's principles and values are my own. Perhaps he won't be effective, but I don't think Hillary will be any more so given the opposition. I do know, though, that either will just HAVE to beat the Republicans. Otherwise, do you and Dave have any extra room in your flat?

Big round of applause for the first part of your post! All of it.
And sorry to hear about the last part and your colleague dying. That's horrible.