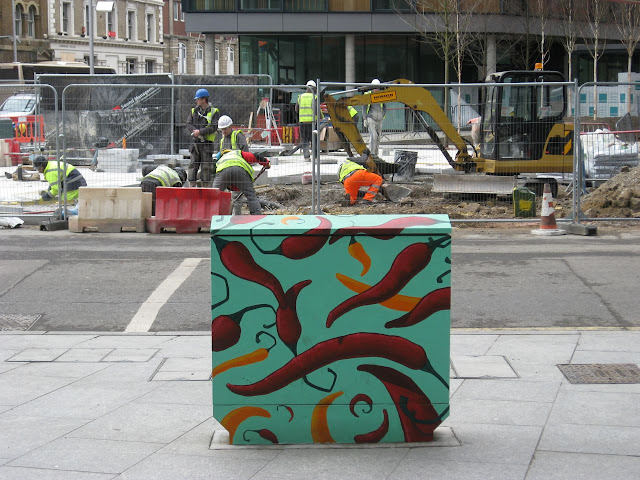 Yesterday I went to the Tate Modern to see the Lichtenstein retrospective. It was somewhat surprising -- I had no idea Lichtenstein painted Chinese landscapes, or colorful comic-book tributes to artists like Picasso and Monet. His versions of Monet's Rouen Cathedral paintings are positively painful to look at, vibrating with little colorful dots. But they're interesting -- as are his paintings of simple, iconic advertising images like tires or glasses of fizzing Alka-Seltzer. They're so simple as to be almost abstract.

Then I popped into another show, "A Bigger Splash," which is centered around David Hockney's thusly-named painting of a Southern California swimming pool. The show supposedly explored the intersection between painting and action or performance, though honestly, about 90 percent of it was over my head. I mostly wanted to see the Hockney painting, even though I have a nagging feeling I've seen it before. (I used to have a poster of it over my bed back in the '80s, but I think I may have seen the real thing before, too.) 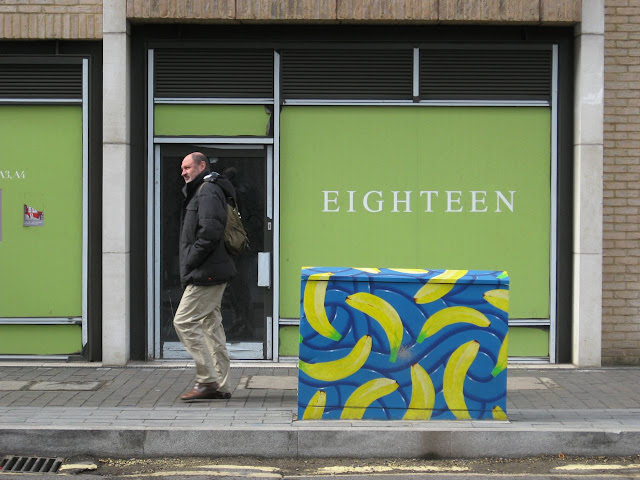 In other news: I've been adding to my collection of coal hole photos, and I created a set of them on Flickr. I won't inflict them all on you here, but if you're interested, check them out. Some of them are suprisingly beautiful!

I also noticed that the controversial pub-turned-Tesco has opened on North Pole Road. I didn't go in, but people were shopping there, so I suppose the neighborhood has decided to live with it and move on.

(Photos: Colorful phone equipment -- I think? -- boxes on sidewalks near the Tate.)
Posted by Steve Reed at 5:52 AM