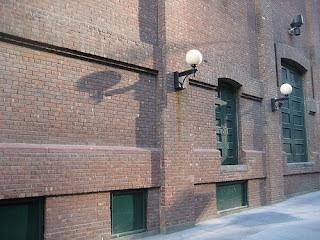 Yesterday I had an opportunity to meet Bishop Gene Robinson, the openly gay church leader who’s become such a lightning rod in the Episcopal Church. If you’ve been following his story at all, you know his election as bishop of New Hampshire has prompted a call for schism in the church, from a handful of conservative churches in the U.S. and from some church leaders overseas.

Robinson is a smooth, relaxed speaker, and he’s fascinating to hear -- which I guess shouldn’t be a surprise, given that he’s a bishop. He believes that what’s happened to him only mirrors what’s happening in the greater society -- essentially an end to the patriarchal structure, which threatens those who have traditionally held all the power. He said homophobia is closely tied to misogyny, because homosexuality is seen as a weakening, a feminizing, of traditional male roles.

He also said he believes the Bible is the word of God, but not the “words of God,” thus drawing a line between Biblical literalists and a more interpretive stance on scripture. He doesn’t think God dictated the Bible and then went on vacation; he’s still speaking to us. We just have to listen.

I thought it was a fascinating talk. I always wondered why Robinson didn’t resign and save the church all this trouble -- as inherently wrong as that would be -- but now I see he believes this odyssey is all part of God’s plan. More power to him.