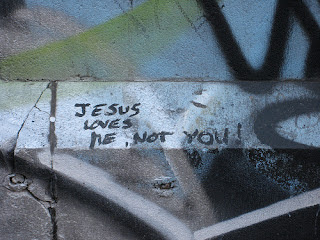 This week between Christmas and New Year’s is so odd. If you’re spending the week at work, as I am, it’s even a bit melancholy. The halls are empty, the phone seldom rings, the work days are slow, the salad bar at the company cafeteria is shuttered. There's been the big build-up to the holidays and now, BAM -- nothing.

Perhaps it also feels a bit melancholy to me because I have no plans for New Year’s Eve. I could crash a party somewhere, but I don’t have any desire to get toasted -- those days are mostly over for me, happily.

I haven’t even made any resolutions, which I normally like to do. People make fun of resolutions because they often fall by the wayside, but I think they’re a useful reminder of our goals and values. I try to use them as guidelines rather than strict rules, and to be gentle with myself when I backslide. I usually resolve to sit more, to be nicer to people, to slow down, to be more attentive.

Maybe this year I’ll resolve to get a boyfriend! (It's that easy, right?)