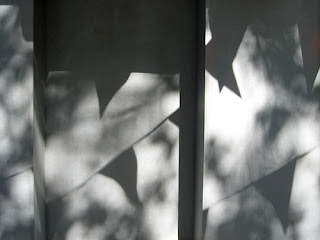 This weekend has been quite a cultural experience so far! I have two married friends, Ann and Greg, staying with me. They have three daughters, and yesterday we went out to Fifth Avenue to find the daughters some gifts. I can’t say exactly what we bought, on the off chance that the girls (Sarah, Mary and Eleanor) are watching my blog. But I will say that I went to “American Girl Place,” a huge department store full of dolls and dollwear.

I had never before set foot in American Girl Place. Even though I think dolls are a little creepy, it was fun to get a window onto this cultural phenomenon that I know little or nothing about -- not to mention a corner of my city that I’d never seen.

Last night, after our day of shopping, I took them out to dinner for their 20th anniversary, which is why they’re here in the first place. I knew Ann from college in Florida, and twenty years ago I flew up to Pittsburgh -- her hometown -- to attend her wedding to Greg. It blows my mind that I was there, at their wedding, and now here we are 20 years and three children later. Amazing.

Anyway, after dinner we went to the Cafe Carlyle, in the Hotel Carlyle, to see Eartha Kitt perform. It was a phenomenal show in a small, intimate cabaret space. You may remember Eartha primarily from Batman, where she played Catwoman. But she also had quite a recording career -- in fact, my mother had a 78-RPM vinyl record of Eartha’s “C’est Si Bon” that I used to attempt to play at 45 RPM (the best my turntable would do). Let’s just say it sounds much better when she sings it in person, even at age 82.