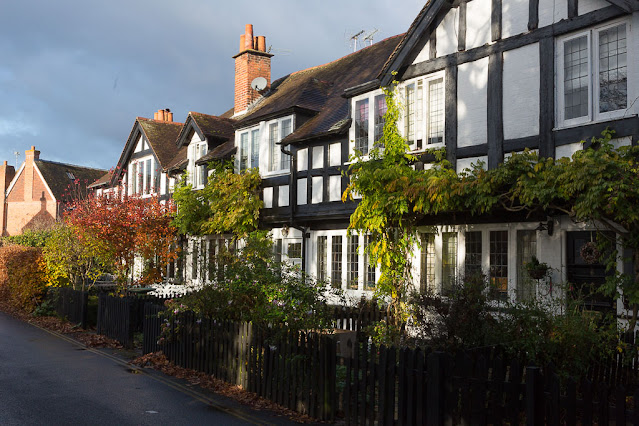 Yesterday's weather didn't turn out to be as dreadful as I feared. It was intermittently rainy and it got quite windy in the afternoon -- Storm Arwen was battering the northern part of the country -- but the sun peeked out for part of the day and Olga and I had time to escape Clamato Cottage and go for a long walk.

That's not Clamato Cottage above -- just some picturesque nearby houses. 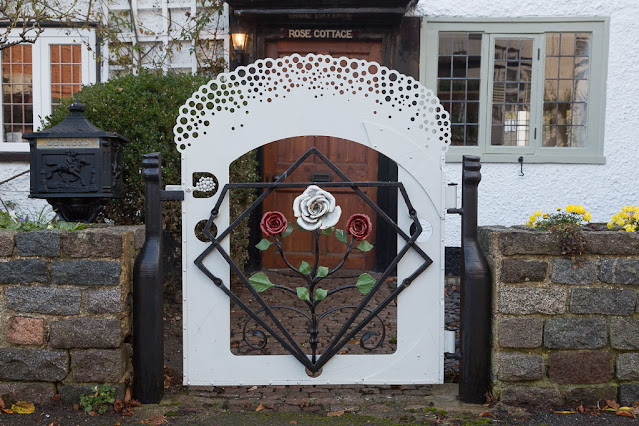 Here's the unusual gate of another house down the street -- Rose Cottage. 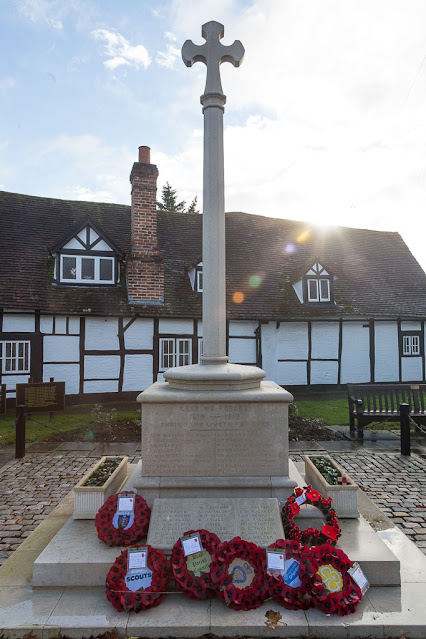 And here's the war memorial, decorated with bright new poppy wreaths for Remembrance Day just a few weeks ago. 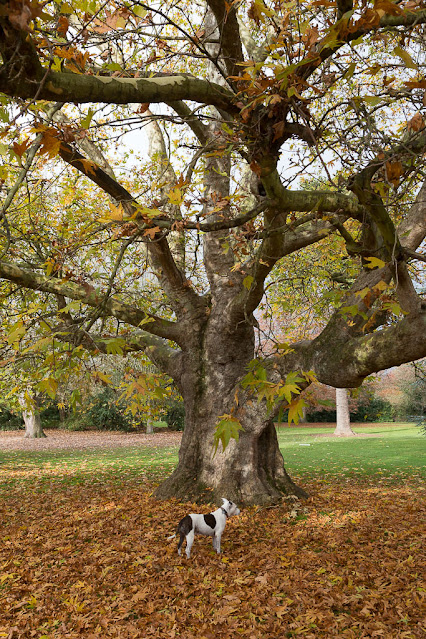 Olga and I walked westward out of town to Braywick Park, which was looking very autumnal. 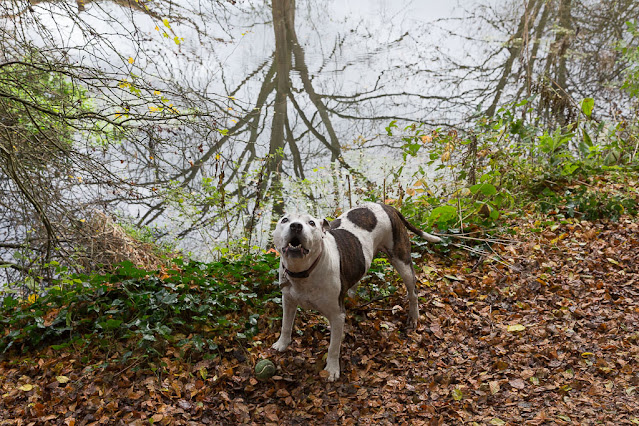 "WOULD YOU STOP TAKING MY PICTURE!" 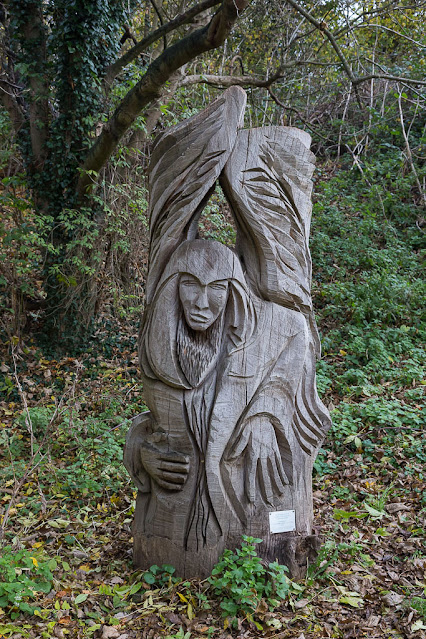 There were several sculptures like this along the trails, known as the "Guardians of the Green Way" by Nick Garnett, according to the little plaque. (The Green Way is a network of trails between Cookham and Bray.) 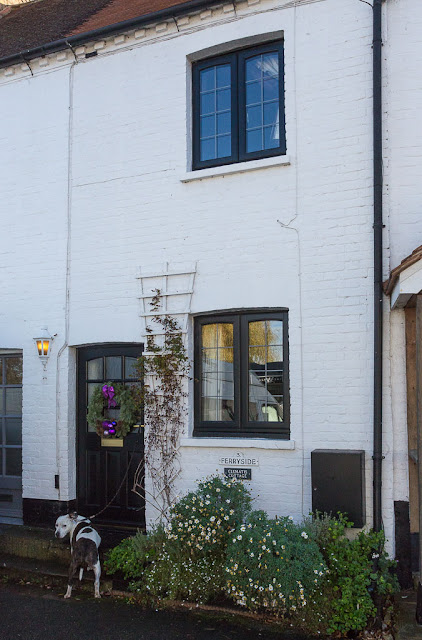 Here's the outside of Clamato Cottage. This was after our walk. Olga was ready to get back to the fireplace. 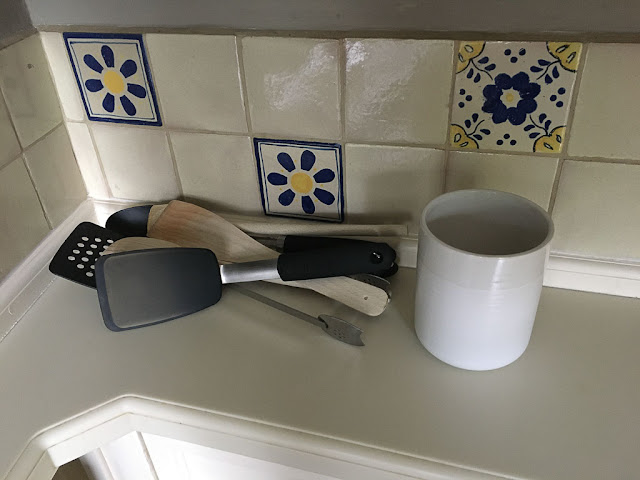 Oh, and I solved my lack-of-a-coffee-mug problem! See that container, used to store the kitchen utensils? Well, it works just fine. It's a bit on the large side, so of course I don't fill it up, but a mug that's too big is better than a cup that's too small. (Don't worry -- I washed it first.)

I also did a lot of reading yesterday -- I finished "Lawn Boy," which I enjoyed a lot. I found it an interesting and compelling novel exploring class and identity, and aside from some mildly sexual and salty language it's perfectly harmless. I'm happy to add it to the library for the high-schoolers. I'm convinced the right-wingers are fired up about it mostly because they haven't read it.

Last night, Dave and I went to The Hand & Flowers, chef Tom Kerridge's pub in the nearby town of Marlow. The food was excellent. I had a duck liver parfait starter and guinea fowl entree, and Dave had a pork terrine followed by a lamb "bun" that looked like a big pear. We finished up with dessert -- a blackberry souffle with bay leaf custard and walnut ice cream (me) and to be honest I can't remember what Dave had because by that time I'd consumed three glasses of wine and wasn't paying much attention to his food.

Today, we bid farewell to Clamato Cottage. We'll be back on the train to London around lunchtime.
Posted by Steve Reed at 6:42 AM