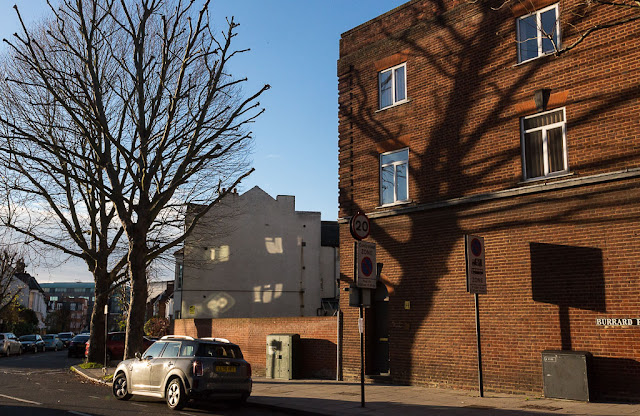 Yesterday turned out to be much better weather-wise than I thought it might. Not only was there no snow, there were barely any clouds. It was cold, though, and I think we froze again overnight. The forecast this morning is calling for "potential disruption due to snow and ice." (Mostly ice, I'm guessing.) 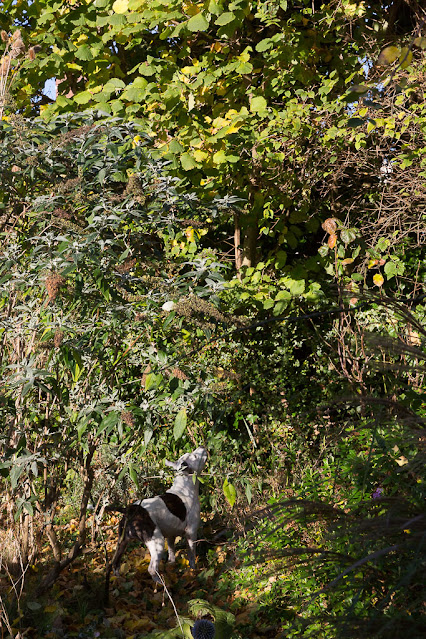 Olga went out the door early yesterday morning and began trying to "bark down" the squirrels in the trees. She's normally not a barker when we're at home, and all I could think of was the poor Russians probably trying to sleep upstairs, so I went out and collared her and brought her back inside.

I cleaned for part of the morning, tackling another slightly moldy spot on the wall near the back door. I think I realized why those spots are damp. It's not entirely indoor humidity -- the woodwork around the top of the brick wall on the outside of the house is badly deteriorated. (A piece of it fell off yesterday, revealing rot and a hole beneath.) So I wrote to the property manager with photos and said they may need to do some maintenance. I suspect rain water is getting into the wall.

Meanwhile, our new dehumidifier should be at school waiting for me to pick it up. Woo hoo! 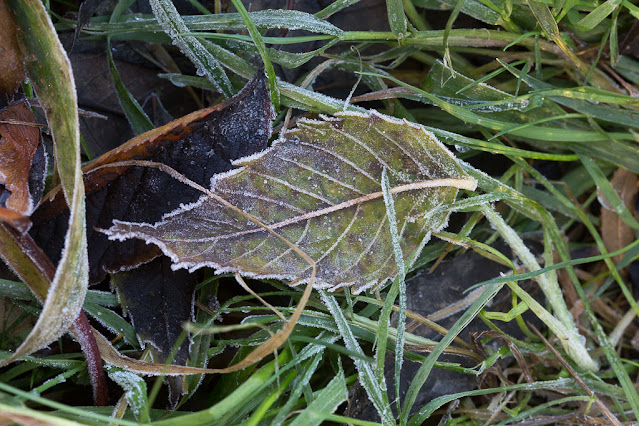 Olga and I went to the cemetery in the afternoon, and in shady areas there was still frost on the ground. I wonder where the turaco is hiding out? We never see or hear it in the winter. The ring-necked parakeets, on the other hand, are everywhere and despite their tropical appearance don't seem bothered by the chill. 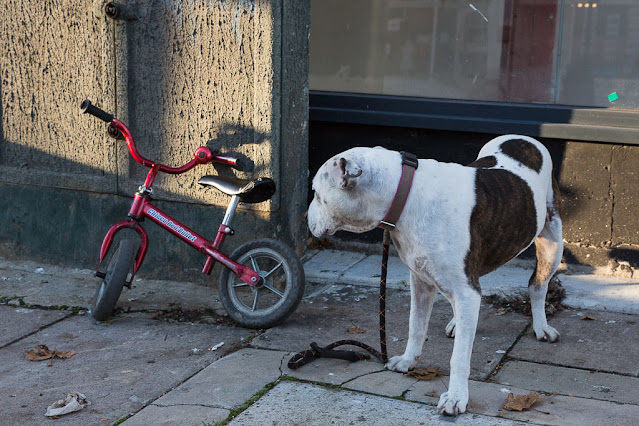 On the way home, Olga and I found the world's smallest bicycle abandoned on Finchley Road. Perhaps its owner outgrew it.

I also read for part of the day -- my latest Newbery book, "Tales of Silver Lands" by Charles Finger, from 1925. They're short folk tales allegedly collected by Finger as he traveled in South America, though he doesn't explain where many of them come from and by and large they are shatteringly boring. (I fault Finger, rather than the stories themselves, which I'm sure were lively and interesting when told at the source.) This book has a reputation for being one of the driest Newbery winners so I knew it would be a challenge. It's palatable if read in small doses. Like medicine it must be taken sparingly.
Posted by Steve Reed at 6:13 AM