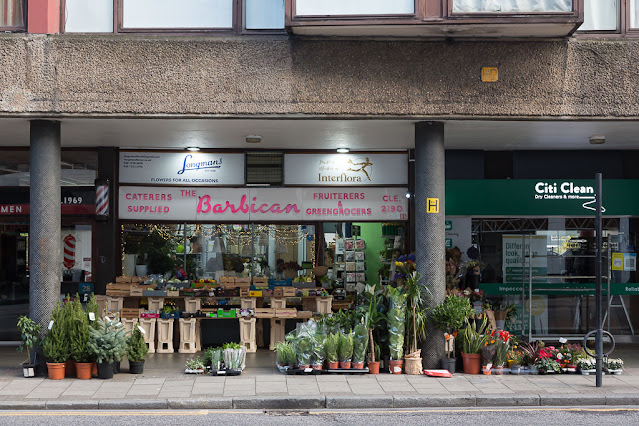 Bathrooms! I did the bathrooms too.

I told Dave it might be nice to have a professional cleaning team come in and give the house a good once-over. I think I'm a pretty good housekeeper, but I'm sure there are things I don't see or just don't bother with that should be done. For example, I rarely clean the outside of the kitchen cabinets, especially the upper ones. I rarely clean radiators or molding.

We're wrestling with some serious indoor humidity at this time of year. The house feels like a steamroom. All the windows are closed (because it's chilly out there) and there's condensation on the glass and between our showers and Dave's cooking (which yesterday meant a pot of spaghetti sauce bubbling on the stove for hours) we have got to get rid of some of this moisture. I'm thinking maybe we need to finally invest in a dehumidifier, although I worry a little about how it will affect the houseplants.

So, yeah, that was my morning. Then, in the afternoon, I went to the Barbican to see the Isamu Noguchi exhibit. 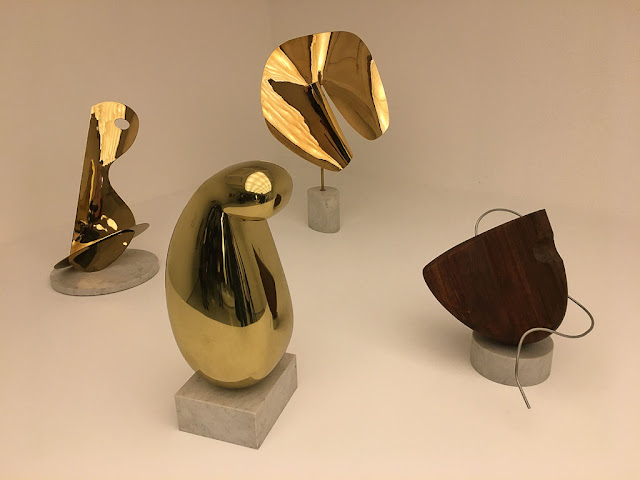 Noguchi was a sculptor, product designer and landscape architect. His work was very popular in the mid-20th Century, and you may have seen his famous coffee tables and Japanese paper lamps. I was a huge fan back in the '90s, when I owned books about him and even traveled to his museum in Long Island City for a visit. He'd sort of fallen off my radar in recent years, but seeing this show at the Barbican reconnected me with his art. Many of the pieces I remembered, and hadn't thought of in years.

Early in his career he was an apprentice to Brancusi, whose influence is apparent in his early works (above). 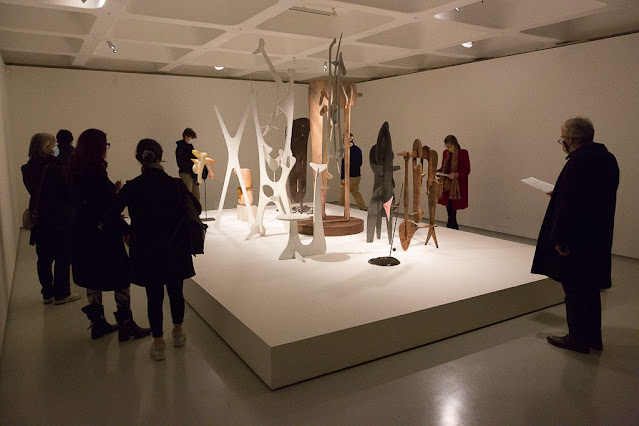 Eventually he found a more distinctive voice, creating larger, organically shaped structures with nesting parts that interlock and balance on each other. They look like they belong in an Yves Tanguy painting. 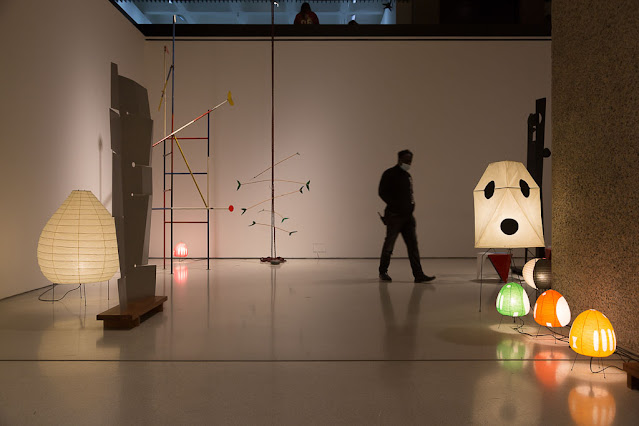 He was also a set designer, creating backdrops and set pieces for dancer Martha Graham and others. The "jungle gym" and "rope tree" at back left in the photo above are stage elements.

Anyway, it was an interesting exhibit. I bought a Barbican t-shirt and had a coffee on the outdoor terrace, where I sat reading The New Yorker. There were several photographers wandering around and one of them stopped a few feet away and took some shots of me, which was a strange experience.  I'm used to being behind the camera! I didn't move or even acknowledge seeing him, though, because I hate it when I have a great shot and then the subject moves and ruins it -- and besides, God knows I've taken plenty of pictures of strangers, so I could hardly object. I just pretended to be engrossed in my magazine.

On the way home, I shared the tube train with this: 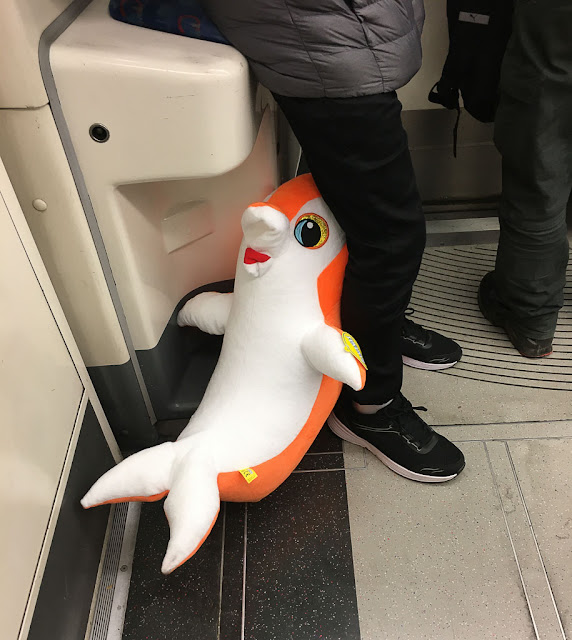 Not quite as elegant as a Noguchi creation, but I'm sure it will make some kid happy.
Posted by Steve Reed at 6:48 AM