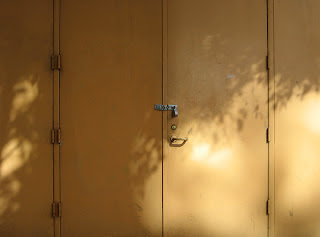 At work yesterday we were editing a story about vinyl records, and the fact that some people prefer them to CDs or MP3 recordings. The writer included her own list of the top 10 recommended vinyl albums. But we were hesitant to use her list -- we wanted a more “expert” source. So we consulted Rolling Stone magazine. All this got us talking about favorite albums.

Making a list like this is so difficult - it morphs and changes depending on criteria. Are we talking about top-selling albums? Artistically significant albums? Albums we listen to the most?

I was glad to see that Rolling Stone had something like four or five Beatles albums in its top ten of all time, a list published in 2003. That’s staying power! Then again, Joni Mitchell’s “Blue” album, which I think is one of the best recordings ever made, was way down at No. 30.

So, you know, it’s all subjective.

In addition to “Blue,” and most everything by the Beatles after about 1964, my own top 10 would have to include “Bookends” by Simon & Garfunkel, though virtually any of their albums could justifiably claim a spot. I love early albums by Cat Stevens, Carly Simon, Joan Baez and Peter, Paul and Mary. More recent brilliant albums would have to include Tracy Chapman’s first, and Sinead O’Connor’s “I Do Not Want What I Haven’t Got.” (Both almost 20 years old now -- yikes!)

We also got onto a discussion about the best Beatles song. But I’ll save that debate for tomorrow! 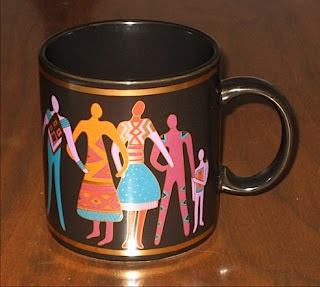 Here now, by request, for my friend Lettuce, is a picture of my Laurel Burch mug -- which I wrote about a couple of days ago. Cool, huh?
Posted by Steve Reed at 11:45 AM