It's a Pink Moon 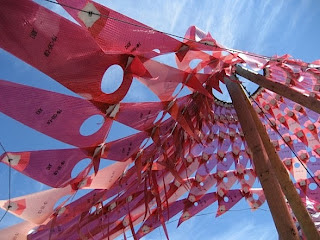 One of the benefits of working at a media company is that there’s a lot of, well, media lying around.

For example, in the mailroom I recently found a discarded paperback book - a booklet, really - called “Pink Moon,” by Amanda Petrusich. It’s the story of singer/songwriter Nick Drake and his “Pink Moon” album, recorded in 1972, just a few years before Drake died from an overdose of prescription meds.

The book’s premise can basically be summarized as: “Isn’t this a great album?” It’s hard to argue with that. But it also offers an interesting history of Drake’s career, punctuated by recollections from semi-famous pop culture figures about when they first discovered him.

My Nick Drake discovery story goes like this: It was 1994, and I was wrapping up my two years in the Peace Corps. I was in Ouarzazate, Morocco, visiting an acquaintance, and we were sitting on her roof one night listening to music and talking. She played songs by two singers I’d never heard before: Nina Simone and Nick Drake.

They both blew me away. When I came back to the states several months later, I bought a Nick Drake compilation album almost immediately. I eventually traded up to CDs of his three original releases: “Five Leaves Left,” “Bryter Layter” and “Pink Moon,” the last album he completed before he died.

I don’t think of his music as gloomy, though there are certainly gloomy themes in the lyrics, and his life came to a gloomy conclusion. In fact, the music can be comforting and warm, even peppy at times. He was a masterful guitarist with a soft, mesmerizing voice, and “Bryter Layter,” in particular, comes with some snappy horn arrangements.

Have you heard Nick Drake? At the very least, if you’ve seen this - probably my favorite car commercial of all time - then you’ve heard the song “Pink Moon.”