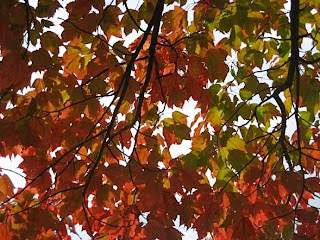 In 1992, when I was 25 and about to leave for the Peace Corps, I hopped into a car with two friends and drove cross-country from Florida to Ithaca, N.Y. Our destination: Moosewood Restaurant, the vegetarian cooperative that spawned a couple of cookbooks and fed my vegetarian imagination, as well as my vegetarian stomach.

I was still learning how to be a vegetarian then, and the Moosewood cookbooks were my Bibles. They showed me that vegetarian food didn’t have to be nuts and twigs. (Though personally, I kind of like nuts and twigs!) My friends and I ate there three times, filled the in-between hours exploring Ithaca, and then drove home again.

When I moved to New York in 2000, I was eager to get back to Ithaca and spend a little more time. Of course, life intervened and I didn’t get to go back until this weekend.

What a great town! With a bit of fall in the air, the leaves on the maples were beginning to change. Not only did I go back to Moosewood - which is still terrific and which has expanded quite a bit since my last visit - but my friend David and I got to explore some of the nearby state parks and natural areas. 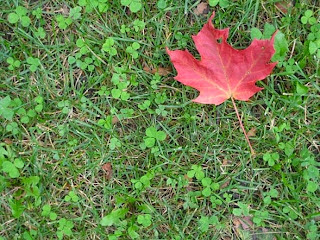 Ithaca is surrounded by rivers and streams feeding into Lake Cayuga, one of the finger lakes, and those waterways have carved all sorts of narrow trenches and valleys into the surrounding hills. There are several state parks around with waterfalls, rushing rapids and serene woodlands. I saw about a zillion chipmunks.

We went to an antique shop in quaint Trumansburg, where David got overcharged by $5 for some old postcards and photos, and we also wandered near the campus of Cornell University and explored downtown Ithaca, which has a lot of cool shops and restaurants and photo opportunities. Of course, I even found some cool street art!
Posted by Steve Reed at 12:10 PM