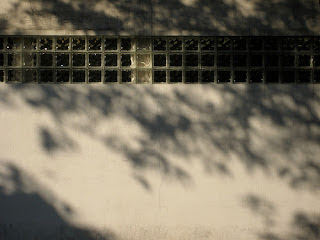 An utterly random news update on my weekend activities:

-- I finally went to S'Mac, the macaroni-and-cheese restaurant in the East Village. This tiny place can get very crowded, and in the past I've left without ordering. It was all the rage when it first opened early this year. Maybe things have cooled off a bit, because when I walked by on Saturday at lunch there were actually empty tables! I had macaroni with Spanish manchego cheese, fennel and shallots. Yum!

-- Had dinner with my friends Pam and Bryan on Saturday. Ordered "smoked asian chili" from a Chinese restaurant because I thought it sounded interesting. But it turned out not to be chili as in beans, but chili as in big green chili peppers - with nothing else - and they were bloody HOT. Not sure what I was thinking. Trying new things has its downside.

-- Somehow, in the course of growing up, I missed ever seeing the movie "Caddyshack," even though it was all the rage when I was in high school. Finally watched it last night. Funny, more or less, but probably funnier to a 16-year-old.

-- I don't really follow college football, but I have to point out that my alma mater, the University of South Florida, is having a killer season! The Bulls are ranked #6 in the country, having just beaten both Auburn and West Virinia. This is a school that didn't even HAVE a football team when I went there, and the fact that even I can get excited about this ought to show how amazing it is!

-- Took lots of photos! Wandered through parts of the East Village (a regular haunt) and the far West Village and Tribeca, near the entrance to the Holland Tunnel. Found lots of street art I'd never seen before. Should be up on my Flickr in about a month. (I'm SO behind.)

-- The weather this weekend was AMAZING!
Posted by Steve Reed at 11:36 AM