Love on the Subway 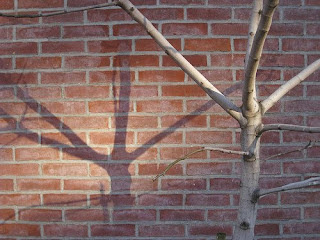 Last night I got to indulge in one of my favorite activities. I went to Chipotle on St. Mark’s Place after work for a burrito, and I sat in the window watching the parade of cute guys on the street below. Chipotle is built up above the street, so from the window I have a great vantage point! And St. Mark’s Place, with its erstwhile bohemian atmosphere (and its proximity to NYU) always attracts lots of cuties.

People-watching really is one of my favorite activities - I’m not kidding. Not only because people in New York are so interesting, but also because a lot of them are so attractive!

I have a friend who says he falls in love on the subway every morning. I know just what he means.

When I first started practicing Zen, I had the idea that I was supposed to quell feelings of desire. But as I understand it now, elimination isn’t really the goal. It’s more about what to do with desires. When I see an attractive guy, of course I feel a flush of desire - but the trick is not to cling to it, not to obsess about it, not to become envious or fixated. Instead I just think, “Geez, that guy is HOT!” (or “hawt,” as some of my friends spell it). And two minutes later, ideally, he’s gone from my mind. (If he’s really cute, he might hang around slightly longer than that.)

Human beings are amazing, when you think about it. All the different ways we’re put together, the ways we attract each other, the things each of us finds appealing. What a panorama, a spectrum! I wouldn't want to stop desire completely - as if it were even possible. Where's the fun in that?