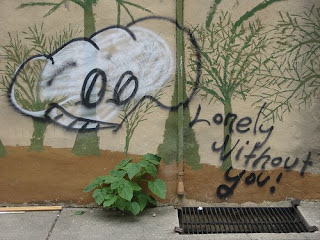 You know how sometimes you remember something fondly - a book, a movie - and then when you experience it again later it's a disappointment?

This week, I can identify. I rented the DVDs of the TV series "Square Pegs," which I liked back in high school. It aired beginning in 1982 and starred a young Sarah Jessica Parker as one of two gawky schoolgirls striving for popularity.

It's been fun to watch for nostalgia's sake - those pastel '80s clothes! - but it's just not very good. The characters, particularly the boys, behave in ways that real high schoolers would never behave. The plots are thin, the personalities shallow - even by the standards of silly sitcoms.

And actually, as I recall, I liked the series when it began, but I don't think I watched it very devotedly after the first half of the first season. I guess others reacted the same way, which is why it bit the dust soon after.