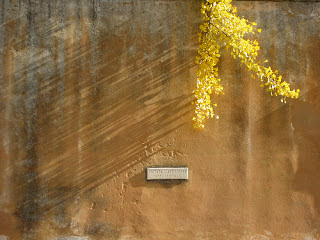 I read that retailers at both extremes of the shopping spectrum did well on Black Friday, but that those in the middle lagged. That means the Wal-Marts and the Targets did OK, and places like Saks Fifth Avenue and Neiman Marcus did OK, but JC Penney and Macy’s faced challenges.

Gee, could that be yet another sign that there’s no more middle class in this country?

I’m starting to think about Christmas gifts. Even though I’m a practicing Buddhist, I celebrate Christmas with my family. It is, after all, a powerful cultural phenomenon, and just as Buddhism recognizes the connectivity of all things, I think the Christian message of Christ’s birth is interwoven into the Dharma - the spirituality is really one thing, expressed in different ways.

I try to give small gifts each year that are highly personalized. Last year, for example, I gave everyone framed enlargements of some of my favorite photos. I also made donations to charity in each person’s name.

But I’m having doubts about that approach this year. From a social perspective, I think it’s a good way to handle gift-giving. But it seems a little selfish. Who am I really pleasing - myself, the giver, or the people receiving the gift? They don’t really want a gift to charity in their name. They want a book, or a shirt.

So I think this year I may do some conventional shopping. I’ll still keep the gifts modest, but maybe it’s time to refocus on the recipients of the gifts, rather than on a social ideal or a message about consumerism.