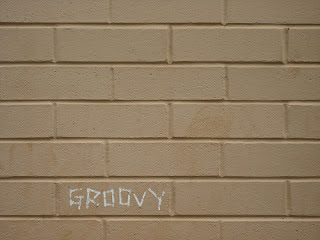 This is the blog entry that will fully illustrate my own personal craziness.

I was on the subway a couple of weeks ago, heading out to visit a friend in Queens. I was standing at one of the center poles, along with two kind of rough-looking guys who were engrossed in conversation.

In mid-sentence one of the guys, who was chewing gum, opened his mouth and spit his gum onto the floor of the subway car. He and his friend resumed talking like it was a perfectly normal thing to do.

Now, even by New York standards, this is foul behavior. I’ve never seen anyone intentionally spit gum onto the floor of a subway train.

I stood there, looking at the shiny pink blob near my feet. I imagined all the nightmare scenarios to come: heedless passengers stepping in the gum, cursing as they tried to wipe it off their shoes, tracking it all over the otherwise clean linoleum of the subway car.

I debated what to do. I’d just been to Starbucks, and I had a napkin in my pocket. My choices seemed to be:

No matter how hard I tried, #3 wasn't an option. I seriously contemplated #2, but risking a confrontation didn’t seem smart. You never know who has a weapon or who will resort to a smackdown. There were other people in the subway car, but I doubted that any of them would come to my rescue should this guy get pissed at me.

So I steeled myself, grabbed the napkin, bent down and picked up the gum. I wadded it up and put it in my pocket, looking pointedly at the offender. He had a surprised, sheepish look on his face, but did not look me in the eye. We said nothing to each other. His conversation with the other man halted entirely.

I got out at the next stop and threw the gum away. I’m still not sure I did the right thing. Did I debase myself entirely? What would you have done?