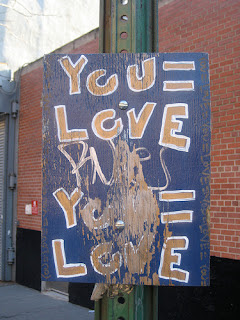 This year, for the first time I can remember, I had nothing special to do on New Year’s Eve. At first, I wasn’t too happy about that. I felt like I should be marking the occasion.

But every time I thought about calling a friend or going out somewhere, I considered what the night would inevitably become - one too many glasses of wine, and this morning, a champagne headache. I didn’t want to celebrate New Year’s that way. I did it every year in my twenties, and it was fun then, but those days are happily past for me. I couldn’t think of a friend who wouldn’t be busy and who would appreciate moderation.

(And I certainly wasn’t going anywhere near Times Square!)

So what did I do? Well, as it turns out, I had a FABULOUS New Year’s Eve. I came home and read on the couch with the cat. I did laundry. I had soup for dinner.

Then I sat for a while, listening to the hiss of the radiator and the occasional whoops from partygoers at the bars on Third Avenue. I actually felt very connected to the celebrations, just hearing them. And I felt connected to the folks in my Zen group, simultaneously finishing up their own retreat in Connecticut.

And then I went to bed.

They say you’ll spend the year doing what you do on New Year’s Eve. If that’s the case, I’m happy. What better way to treat New Year’s Eve than as an ordinary night?