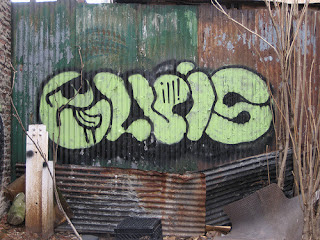 I had a really stressful work day yesterday. Lots to do, and technology wasn’t cooperating. I got pretty wound up trying to get everything done, and finally left the office at 6:30 p.m. I raced to the subway, off to meet a friend for dinner at 7. I felt tight as a knot.

Then, as I stood on the subway platform, I heard music nearby. A man’s voice, singing upstairs in the station. He was busking for change. And what was he singing? Could it really have been “The Woman in the Moon,” a Barbra Streisand song from the 1976 version of “A Star is Born”? Why yes, that’s what it was. Accompanied by a karaoke machine, no less.

While this improbable performance was going on, and just before he launched into “Evergreen,” I noticed several large rats weaving back and forth between the rails of the subway tracks.

And I just laughed. All the tension left my body almost immediately. I mean, life is so absurd, isn’t it?