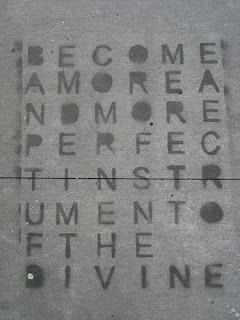 I had a great time last night with my friend Bill -- we went to see “The Little Mermaid” on Broadway. I am one of about three people on the planet who have never seen the movie version of “The Little Mermaid,” so I was starting from scratch when it comes to plot and characters, but let’s face it -- it’s not very complicated. Your basic Disney princess romance with fins.

The costumes and the sets were spectacular, cleverly evoking an undersea atmosphere with lots of glimmery translucence in shades of aqua. The performances were good, too, though some a bit generic. I particularly liked Sherie Rene Scott as Ursula, the evil octopus, and Brian d’Addario as Flounder.

So there, you see -- I’ve reviewed the show. I earned my press seat!

I was so sorry to hear about Heath Ledger’s death yesterday. (Brad Renfro’s, a week earlier, was bad enough.) I’ll never forget Ledger’s lanky, drawling presence as Ennis in “Brokeback Mountain.” It's hard to imagine dying at 28. I can barely remember being 28.