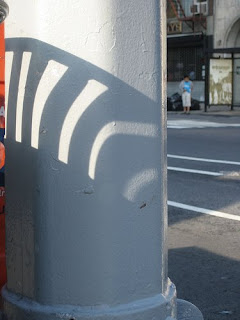 I was sorry to read yesterday about the suicide of author David Foster Wallace. Though he’s probably best known for his novel “Infinite Jest” -- which I’ve never read -- I remember him for a piece he wrote in Harper’s magazine in 1996.

I save very few articles. But I do have a file folder that contains those I just couldn’t bear to throw out, and Wallace’s piece is one of them. It’s a hilarious and brilliant dissection of the experience of going on a luxury cruise.

I got it out last night and re-read it. One of the introductory paragraphs:

“I have seen a lot of really big white ships. I have seen schools of little fish with fins that glow. I have seen and smelled all 145 cats inside the Ernest Hemingway residence in Key West, Florida. I now know the difference between straight Bingo and Prize-O. I have seen fluorescent luggage and fluorescent sunglasses and fluorescent pince-nez and over twenty different makes of rubber thong. I have heard steel drums and eaten conch fritters and watched a woman in silver lame projectile-vomit inside a glass elevator. I have pointed rhythmically at the ceiling to the two-four beat of the same disco music I hated pointing at the ceiling to in 1977.”

I wish I could convey the brilliance of this article, but really the only way to do that would be to reprint the article itself -- footnotes and all. (I think it did make its way into one of Wallace’s books, but I’m not sure.)

He describes the temperature of the ship, which he dubs the “Nadir,” as “uterine” and the outlandish luxury of meals where passengers could get two, even three whole lobsters. (“Not until Tuesday’s lobster night in the (restaurant) did I really empathetically understand the Roman phenomenon of the vomitorium.”) And he portrays so perfectly his fellow passengers, in their heavyset, guileless, typically American bluster. It’s laugh-out-loud funny.

But he also gets at the sad heart of an experience that’s meant to sate a passenger’s every desire, yet ultimately teaches only that every desire can never be sated -- that human nature is such that we manufacture desires no matter what richness surrounds us. One paragraph seemed especially prescient, and perhaps gives some insight into the more recent news about Wallace:

“There’s something about a mass-market luxury cruise that’s unbearably sad. Like most unbearably sad things, it seems incredibly elusive and complex in its causes yet simple in its effect: On board the Nadir (especially at night, when all the ship’s structured fun and reassurances and gaiety ceased) I felt despair. The word ‘despair’ is overused and banalized now, but it’s a serious word, and I’m using it seriously. It’s close to what people call dread or angst, but it’s not these things, quite. It’s more like wanting to die in order to escape the unbearable sadness of knowing I’m small and weak and selfish and going, without doubt, to die. It’s wanting to jump overboard.”