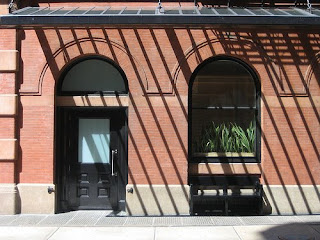 Last night I went to see Joan Baez speak and sing at the 92nd Street Y. I try to go see her whenever I can -- she’s practically a goddess as far as I’m concerned. I saw her back when I lived in Florida, and again several years ago at Town Hall here in New York. Last night, she was speaking in Q&A format with Anthony DeCurtis, a contributing editor at Rolling Stone magazine.

Not surprisingly, a lot of the talk was about the ‘60s. She talked about Dylan, about her brother-in-law Richard Farina and her sister Mimi, about traveling to Hanoi and practicing nonviolence in the civil rights era.

She choked up when she began telling the story of seeing Dr. Martin Luther King Jr. speak when she was 16 years old, and asked the interviewer to move on to another question. But she later talked about King again, saying he was a funny, laid-back man.

She talked of riding to dinner in a car with King, Jesse Jackson and other civil rights leaders on the eve of a protest. She thought she’d have the privilege of hearing them plan a march. Instead, they told jokes the whole time and King indulged himself with a second piece of apple pie for dessert. When she later told one of the men she’d expected to hear plans laid for the march, he replied, “You did.”

She said she’s never endorsed candidates and hates party politics. But she's made an exception for Barack Obama, because she thinks he can unite the disparate elements of activism into a “community” that hasn’t existed since the ‘60s. (She called more recent decades the “hateful time,” or something like that.)

She sang one early song, one middle-period song and one recent song: “There But for Fortune,” “Diamonds and Rust” and “Day After Tomorrow,” the title track from her newest album, which comes out next week.

She talked about how her voice has changed as she’s aged. It’s gotten deeper -- as she put it, gravity acts on everything. Still, it’s always a thrill to hear her sing. Her voice is so familiar it’s comforting, and I admire her so much. She’s awesome.