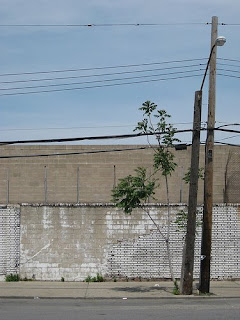 Last night I finally got a chance to see "Exit the King," a new adaptation of Eugene Ionesco's play starring Geoffrey Rush and Susan Sarandon. It was terrific! An examination of life and the process of dying, it started out quite funny and lively and eventually came to a sort of quiet, dark, boundless place. Both of the stars were wonderful -- I've been a fan of Susan Sarandon for years, and she hasn't been on Broadway since 1972, so it was great to see her live. Rush, a brilliant actor, had a physically demanding part.

Ironically, given the play's subject matter, someone in the audience had a medical emergency during the show. I wasn't seated near them but I heard gasping and they were removed from the theater. An ambulance later showed up. I hope they're OK.

Sounds like a powerful play with unexpected special effects.

I always wonder who's riding in the back of the ambulance as it loudly speeds past. I'm sure you had the same questions about the person who had an emergency exit.